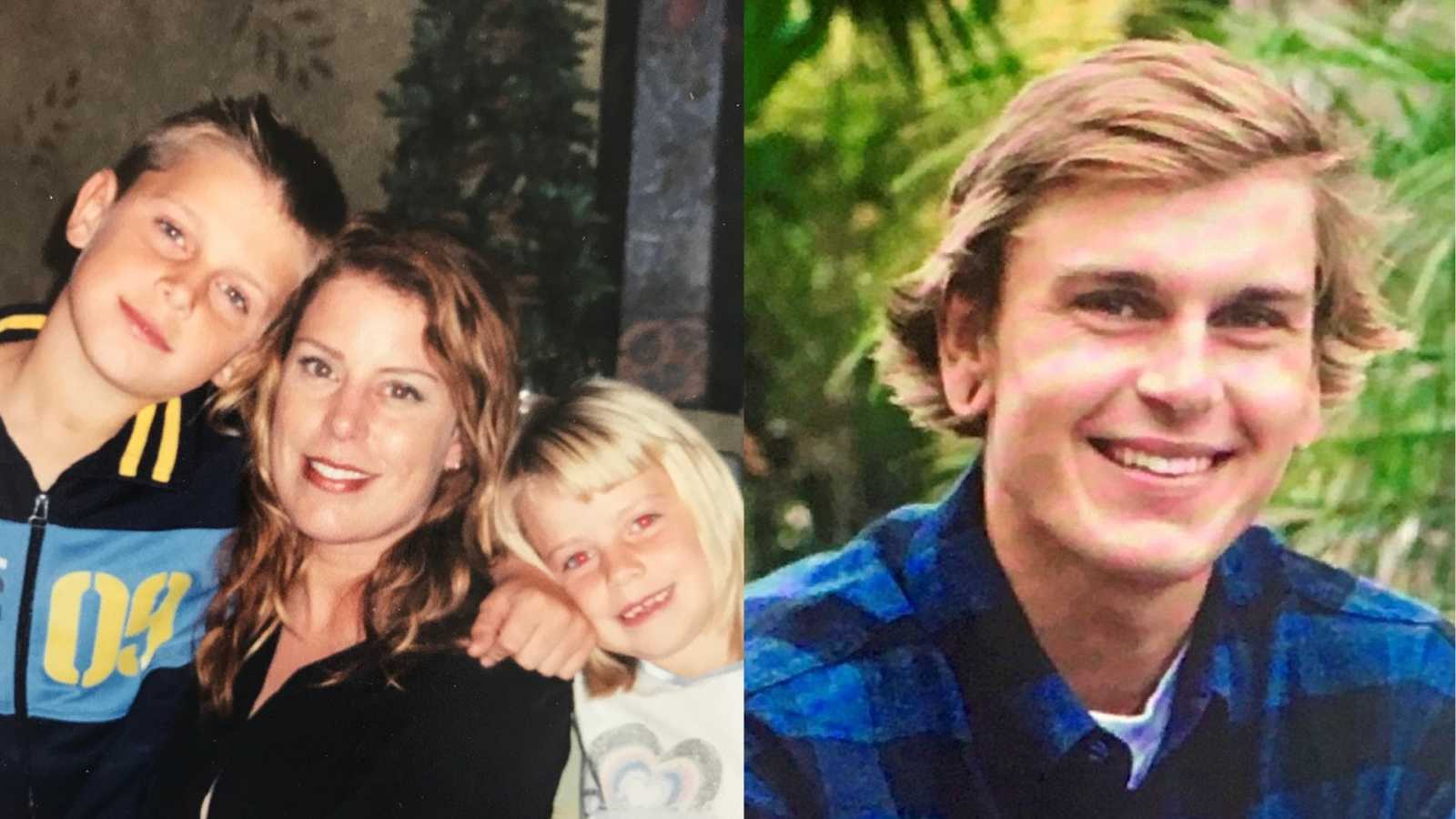 “The energy in the courtroom was kinetic. A pass-through door that divided the space swung constantly, allowing attorneys and translators to access clients and their family members. Amid a dozen hushed conversations, I practiced boxed breathing, inhaling and exhaling to an even count. My focus was on the deputy; he was the first indication of the next case. I studied his mouth as it formed another name into his radio, summoning another defendant from the holding tank.

My strategic position ensured that I immediately caught my son’s eye. Telepathically, I communicated strength, but his shackles made my stomach flutter uncontrollably. His public defender smoothed her beige suit and approached my son with a look of confidence. They whispered for a few moments before the judge announced the case.

I leaned forward in my seat to minimize the distractions and caught two words: ‘fugitive felon.’ My heart suggested that I had overheard a competing conversation, but logic prevailed. The severely criminal charge was, in fact, a reference to my 24-year-old. I never imagined that term would apply to him; I subtly fanned my face as I felt like I was standing in front of a bonfire.

My son’s drug overdose in a neighboring state was a felony that was deferred to drug court. Despite pleas and medical expert documentation, his need for Medicine Assisted Treatment, specifically Suboxone, was denied.

His daily regime of 12-step meetings, CrossFit and a healthy diet was overpowered by heroin. He sought help within hours of using, which was as maddening as it was promising. His Probation Officer made a surprise visit to the medical detox facility to insinuate his file had grown too ‘thick’ for her standards, a veiled warning of a prison sentence. The awareness prompted my son to exit the facility without a plan and inadvertently begin a life on the run.

While my son immediately obtained a prescription for Suboxone and entered treatment in our home state, I learned the term ‘absconded’ and set boundaries to prevent me from harboring. From that moment forward, it felt like he had been diagnosed with a terminal illness. Time became precious and limited. Every engagement was a gamble that required a risk-versus-reward analysis.

My son maintained a low-key existence like an undocumented immigrant, and there were numerous incidents that reinforced a similar message of unworthiness – the pharmacist who bluntly insulted him for checking on the status of his prescription; the receptionist who shouted across a crowded waiting room, ‘He’s not going to give you that, you are an addict who relapsed’; the online pharmacy representative who was flatly unconcerned that his life-saving medication was not delivered on time.

He accepted the abuse without comment because he thought he deserved it. Years of stigma had him disempowered. He believed that as an addict he was unworthy of fairness or dignity.

Every day had the potential to be his last, so I endorsed justifiable risks, like attending his sister’s graduation, seeing a childhood hero speak about recovery, and picking strawberries on Mother’s Day. There was magic in the moments, but they were often overshadowed by worry.

As I tried to squeeze in slivers of happiness for my three children, time was a friend and a foe. Interactions were carefully orchestrated gatherings, and I would mentally bargain, if we can do X today, I can accept if he is arrested tomorrow.

My son played a similar game that tempted fate. He’d occasionally engage in normal 20-something interactions. I saw this as unnecessary exposure, but he rationalized that since prison time was imminent, he should have some fun now.

Although he was stoic, he missed the normalcy of living like a family. The prior years spent in treatment compounded the overall sense of disconnection.

An omnipresent sense of guilt ebbed and flowed. It challenged his happiness and desire for freedom. His mind slowly became a prison – the loneliness and isolation eventually broke him. He used and was arrested.

His Public Defender called on my evening commute. The freeway was clogged with rush-hour traffic. Conscious of her limited time, I frantically attempted to summarize the past 18 months before she cut me off. It was nearly 5 p.m. when I finished my monologue without interruption. Her reaction was thoughtful, she reassured me she was in no hurry and began asking questions.

Our conversation made it clear that she valued my son. I wanted to thank her for this grace, but broke into sobs. In my experience, compassion for addicts is rare and unexpected. When she defined her actions as ‘just doing my job,’ I explained that her approach was validating. I hung up, humbled by her display of humanity.

In court, the Public Defender was my son’s advocate. She fought for the best outcome and restored something invaluable for both of us – hope.

Endless prayers and even a friend’s white magic couldn’t prevent the inevitable – he was extradited. I cried inconsolably, worrying about the process and outcome. Days passed before my son called. His trip was bittersweet. He became a photo op for unsuspecting travelers who witnessed criminals in waist chains and bold shirts at rest-stop bathrooms. The female transporter, who had initially looked at him with distain, softened when she learned he had a serious drug problem. She acknowledged her own son was fighting a similar battle. The day’s long trip was touched by God’s hand when the van picked up my son’s former Alcoholics Anonymous sponsor. They used the time to reconnect and pledge to support one another in their recovery.

My son was relieved to be sentenced to two years.

An unexpected call helped me through my son’s transfer from county jail to prison. It had been weeks without contact when I answered a call from an unfamiliar number. It was his sponsor, who had taken my phone number to stay in touch. It made me happy to hear that my son’s sense of humor made his time in jail easier, and I fought back tears when he told me he knew how much my son loved me.

I recently received a private message from a mother on a similar journey. She commented on how healthy my son looked in his Department of Corrections photo, which was somewhat comical but satisfying. It had been years since our children had been in treatment together, but she had mailed my son a letter. I was so grateful for her kindness.

The misperceptions about addiction, archaic laws and criminalization of the disease will take years to change, but there is something we all possess and rarely demonstrate that can instantly alter the worst of circumstances.

Give someone the gift.

This story was submitted to Love What Matters by Allyson Aabram, co-founder of Heart of a Warrior Woman, which unites mothers who reject the stigma and shame associated with addiction. Allyson can be reached at allyaabram@yahoo.com. Do you have a similar experience? We’d like to hear your important journey. Submit your own story here, and be sure to subscribe to our free email newsletter for our best stories.