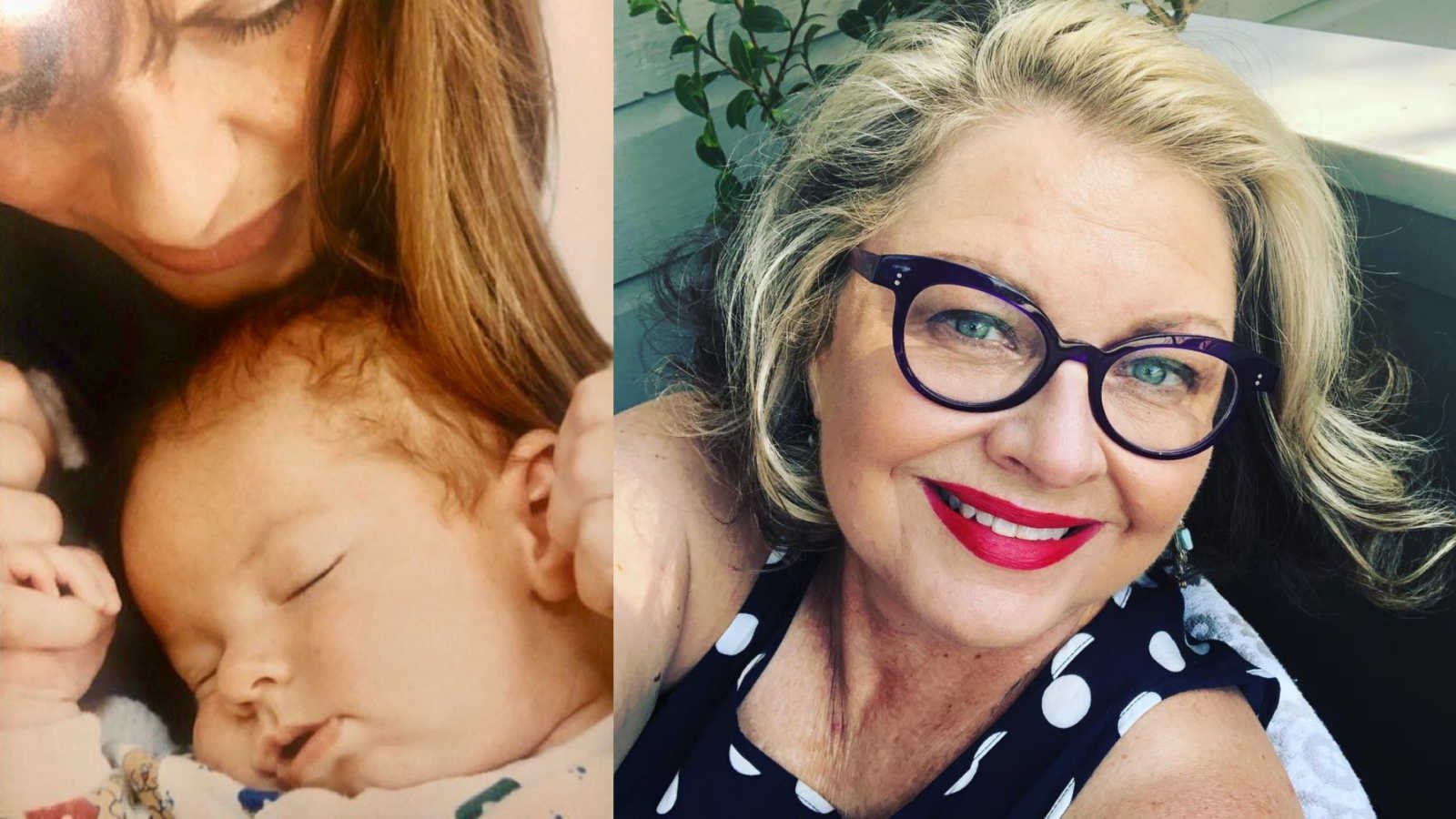 “I don’t think I can go more than four hours without stepping on broken glass. Of course this is a metaphor. It’s the best way to describe how I feel when the painful realization resurfaces. My sweet baby, my firstborn son, is homeless, mentally ill and addicted to heroin.

I doubt you can imagine the emotions I hold in my heart, let alone comprehend what I’ve witnessed over the last 10 years. You can’t imagine how I’ve suffered because frankly, there are no words to describe the depth and darkness of my nightmare.

Truth be told, you can’t imagine because I don’t have the courage to share my story with very many people. I stylishly sparkle on my exterior while my guts gurgle up into my throat. I have one pedicured foot in each world; the public and the private, and I desperately want to open my heart. I want to pull you close and tell you this was not supposed to happen to us.

I’ve been told that addiction is a matter of willpower or something that happens to bad people.

I’ve been told that addiction is the result of poor parenting.

I’ve also overheard your nasty comments about worthless junkies and I shrink inside my shell; afraid that my fury-fueled grief may cause me to say something or do something I’ll regret.

My boy came into the world on a rainy December afternoon. He welcomed a baby brother 23 months later, and by kindergarten, he demonstrated leadership skills. Two healthy kids, a home in an affluent neighborhood and not a real care in the world.

Fast forward through private schools and therapists… then to juvenile hall, county jail and state prison. What the hell happened?

When did I become a mom who cries herself to sleep, swaddled in thick guilt?

When did I become a grown woman paralyzed by late night calls from unknown numbers?

I dread holiday celebrations, graduations and family gatherings. I listen politely to the Norman Rockwell-esque proclamations of your children’s achievements, and I’m just hoping my son is still alive.

Last August I was at a particularly low point, sitting with my discomfort, and praying for my son to find his way. It had been four months since we’d had any contact with one another. Two days later I parked in San Francisco, walking three blocks to an event, and what do I hear? I hear someone calling my name. It’s my son! The Universe heard my desperate longing and so cleverly brought us together 48 hours later. What’s the likelihood that in a city of a million people, my son and I would be at the same intersection at the very same time? It’s a damn miracle.

I hugged my sickly thin boy and told him I loved him. I didn’t want to let go, feeling every possible emotion from joy to profound grief. He asked me for money, but I’m experienced enough to know that’s the worst thing I could do, so instead, offered to buy him a meal. Our interaction was less than 10 minutes long. I left him standing there disheveled but seemingly happy.

At Christmas time I staged my own intervention to keep him safe, locked in a hotel room with me for three days while I relentlessly worked, no pleaded, to get him back into an approved placement while restarting Methadone. That was one of the hardest weekends of my life yet also deliciously sweet because in the previous 10 years, he’d been incarcerated for eight of them and homeless for one. I was more than grateful to watch bad movies and eat takeout; letting me love him where he’s at. Another miracle was that he was given a bed on Christmas Eve. He was homeless again in five days.

While I come to accept that my son is on his own path, insulated from my influence and control, I can love him from afar. I’m becoming a mom who won’t let her son’s disease take her life too. I will weather these storms because shame, blame and guilt are not as powerful as my conviction for living with fierce grace.

While I can’t change everything that’s broken, I ask that you consider one big request. Please connect with a relative, coworker, neighbor or friends, whomever you know that may be impacted by addiction, and ask how they are doing AND how their child is doing. Don’t let us suffer alone!

We are avoided like the plague. Please realize that addiction is a chronic disease. Addiction, now defined as substance use disorder, is a disease just like diabetes, heart disease or cancer except there are no celebrity sponsors or spaghetti dinner fundraisers. No collectible stamps or invitations to the White House. Addiction is a taboo subject yet 40 million Americans are in the clutches of this insatiable monster.

1 in 7 Americans ages 12 and older suffer from addiction.

People say they don’t want to bring up anything sad or negative so they don’t ask me about my son. Here’s my perspective. If you don’t ask, you don’t care, and you perpetuate the insidious shame cycle.

As much as I work on keeping myself sane and safe, a piece of my heart dies with every set back. There’s been a revolving door of hospitalizations, incarcerations and homelessness. My weary soul is sutured together but resilient. I’m too tired to do this alone, but you can help. You can feed my soul it’s medicine by asking me about my son. Let’s stop the stigma. It’s powerfully healing if we can be in conversation together.”

This story was submitted to Love What Matters by Cara Wykowski. You can follow her journey on Instagram. Do you have a similar experience? We’d like to hear your important journey. Submit your own story here, and be sure to subscribe to our free email newsletter for our best stories.

‘Let’s see if I can get THEM to smile.’ I texted my husband we were having TWINS! She said, ‘Not twins… triplets!’: After adoption, woman discovers she is pregnant with triplets

“We received an unexpected phone call. Our lives changed forever. Not only did we receive word that we would be able to adopt Dylan, but we were able to adopt Chase as well! Normal people had 9 months to prepare for a baby. We were given 2 hours.” 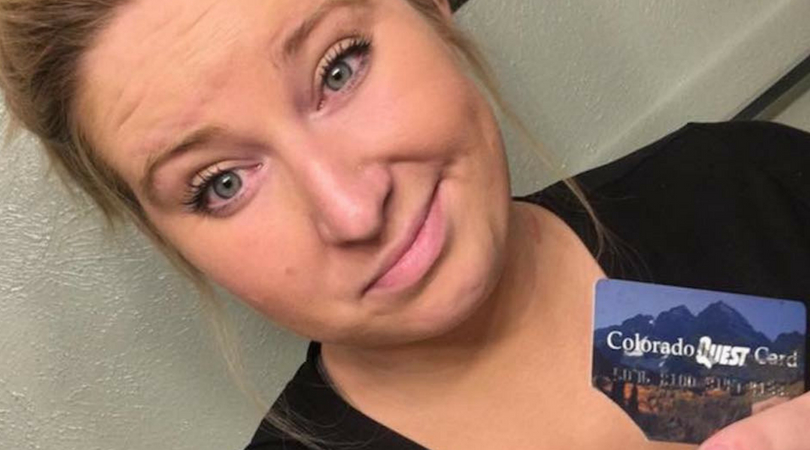 ‘Saying loud enough for everyone in line to hear, ‘Of course she’s paying with food stamps’: Mom keeps old food stamp card ‘to remind myself where I came from’

“Every time I buy groceries and enter my debit card into the stupid chip thing I remember when I had to swipe my EBT to feed my family.” 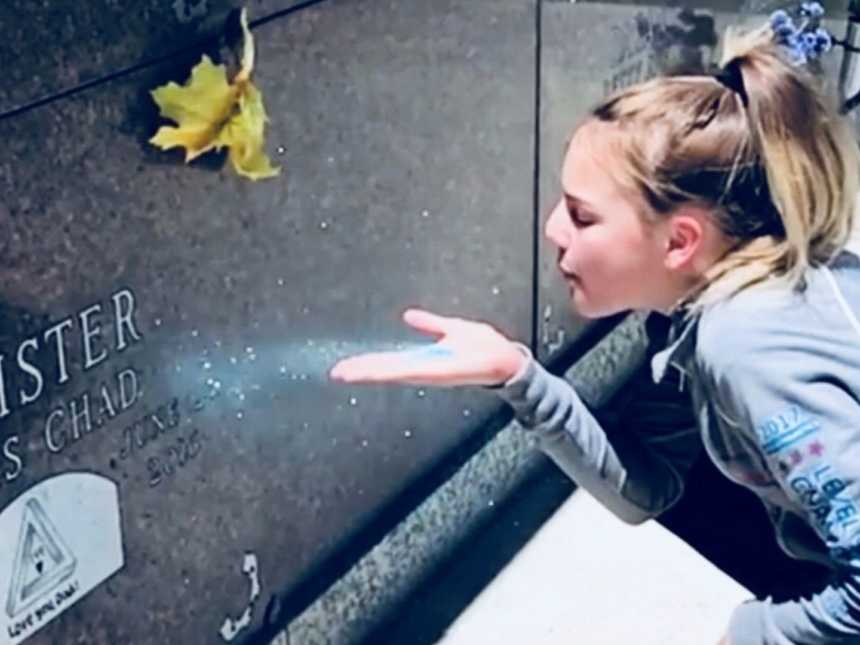 ‘We pulled into the cemetery. As she opened the door, there it was. Two vials of glitter.’: Widow finds humor in special way as she and daughter honor beloved late police officer

“’Do you want to go see your dad?’ With her eyes swollen and her cheeks puffy from crying, she nodded. Once again, we didn’t have anything to leave behind. Then, there it was. I don’t doubt for one second he put it there to make sure we knew he was sending her a hug.”