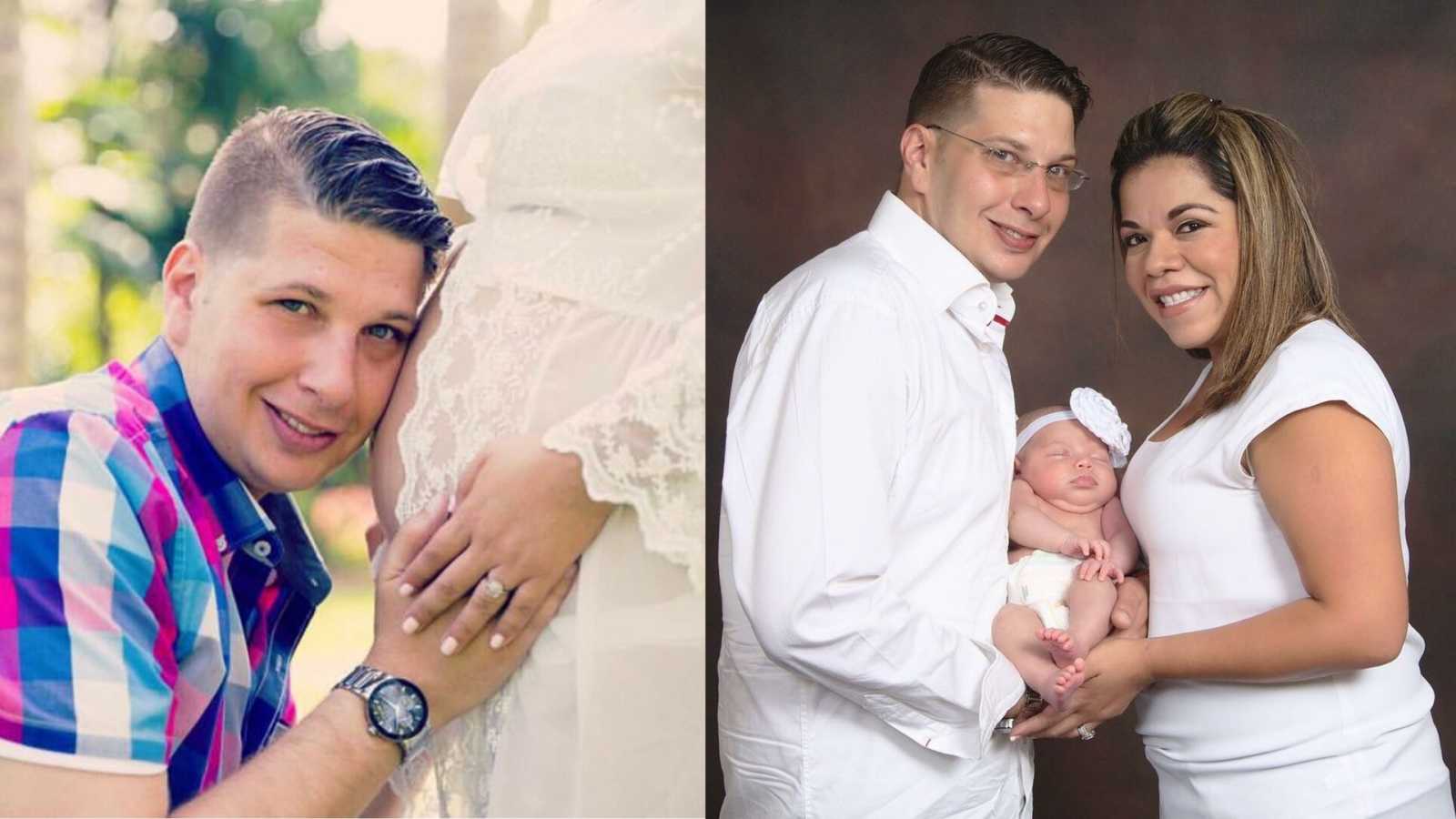 “Unlike most stories on Tinder, ours actually was successful. We swiped right and clicked. Danny had just moved from New York to South Florida. It took me 2 months to muster the courage to meet him. From the afternoon we met, we became inseparable. Our first date turned into a 12-hour venture. From an early dinner, to having a wine on the beach, and on April 4, 2015, we became ‘us’ – and boy what a ride it was from the beginning until the end. There was never a dull moment.

Danny was fashionably sensitive but too cool to care about anything. It was so easy to love him. I had his love and that’s what kept me strong. He was my strength when things got rough. My confident. My best friend. More than anything, he was my Danny. If I’m going to be honest, it’s the bottling up inside that took a toll on him and his overall state. And that’s the part that kills me. The ‘what if’s’, if any of them would’ve prolonged his life a little longer. He was fearless and it’s that same fearlessness that contributed to his death.

When I met Danny, I had this crazy premonition one night where I said to myself, ‘This is going to be a tragedy at some point.’ Fast forward 3 years and some months later and he was dead. The last time I saw Danny was that Saturday morning on September 16, 2017. He gave me a hug and said, ‘I love you babe.’ He left and never came back. I still remember looking out the window that morning and watched as he walked towards his car. I was inducted into widowhood on September 16, 2017 at 5:33 p.m. EST. I got a call from Hollywood Police that Danny was dead. He was found in his vehicle. I still remember this very moment as the words pierced through my heart and everything I believed in was shattered.

Officer: ‘Ma’am there’s been an accident, your husband is dead.’

Karen: ‘What do you mean? What happened?’

Officer: ‘Ma’am he was found in his vehicle.’

My automatic response despite already hearing he was dead was:

Officer: ‘Ma’am I’m sorry but your husband is deceased. He died of an overdose.’

Karen: ‘What do you mean an overdose? How do you know?’

Officer: ‘Ma’am we found drug paraphernalia when we found him and he tested positive for drugs in the field.’

My Danny had accidentally overdosed. My world came crashing down and everything was broken, not knowing how I would keep going, let alone raising a toddler. I remember freezing and dropping to the floor screaming, ‘Why, how could you do this to me, to us?’ I didn’t want to discuss the cause of his death. I couldn’t grasp that he was dead. I decided to keep the cause of death private because he was more than his addiction and for our daughter’s sake. Although the end was devastating, our relationship didn’t gravitate towards his addiction until the very end.

Loving the addict was difficult and tiring. He transformed into this whole different person I didn’t know and couldn’t understand. I couldn’t understand why he couldn’t stop, since he would always say, ‘I know I need to change, it’s going to be ok, I promise babe.’ He went to rehab in LA on May 26, 2017. It was part of the compromise. He was there for 30 days. In those 30 days our daughter turned 1 and he wasn’t there. As I sit here and reflect, I wholeheartedly believe this was a set-up of life for all the milestones he would miss in her life. I thought my love could save him and our family. But I was blindsided and naive to the monster I was really dealing with.

The addiction was a walking death sentence (one no one talks about). That was ticking away. Like a time bomb. Once he died, it wasn’t just the death I had to deal with. It was coming to terms with the aftermath of his overdose and what it truly meant. The guilt it brought on by wondering if there is anything more I could have done to save him. But the problem of it all is that 2 years later, the stigma and taboo behind his death is still so prevalent in our society. I still can’t openly talk about what happened. For the judgement. I don’t want to deal with the backlash from the general public that knows nothing or understand anything about what it is to truly love an addict. We need to do better as a society for our addicts if we expect a different outcome. They need to know he was more than just his addiction. Most importantly, they need to know how he was a father. A husband. A son. A brother.

When I think about the last two years, it feels like a slow play by play, an out of body experience, that freezes from time to time. At first I thought he was selfish for leaving us the way he did. But with time and a bit of healing, I have been able to realize and understand it wasn’t a rational or logical choice on his part. He wasn’t in the right state of mind when it all happened. And for that I have been able to forgive him.

This story was submitted to Love What Matters by Karen Rauzman of Miami, Florida. You can follow her journey on Instagram. Do you have a similar experience? We’d like to hear your important journey. Submit your own story here. Be sure to subscribe to our free email newsletter for our best stories, and YouTube for our best videos.

‘The officer asked, ‘If you’re a nurse, why are you with a junkie?’ They searched for ‘evidence.’ My person was gone.’: Woman says love of her life died of addiction because of ‘shame, stigma’ surrounding the disease

‘I am a 26 year old widow. My husband died of a drug overdose. I had no idea he had been using drugs.’: Young wife ‘completely blindsided’ by husband’s death to addiction