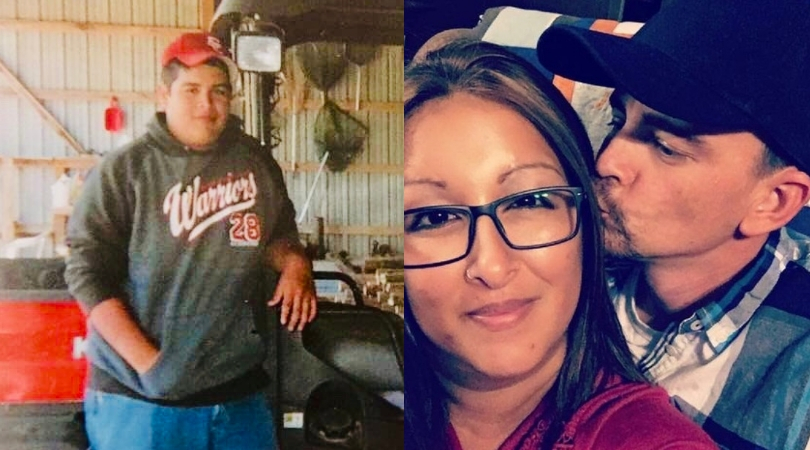 December 1, 2005, I was sick. I remember laying on the floor. Mark, my baby brother, told me to lay with him on the couch and he cuddled with me while we watched a movie. He didn’t want me to be close to my boys being sick, so he let me sleep in his room and he slept in mine. On December 2, 2005, he came into his room to get ready for school, told me he loved me and kissed the boys. Later that day when he got out of school, I was running a million different errands before I had to go to work. I was putting the boys in their car seats and was about to leave when Mark pulled in the driveway. Little did I know that that was going to be the last time I would ever see him alive again.

When Mark got off work at 10 p.m. that night, his friend was at the house waiting for him so Mark could sleep at his house. The next morning they were leaving to spend the weekend with his friend’s mom. Well, his friend ended up wanting to leave that night instead. At 1 a.m. that morning we get a knock on the door and it’s a police officer asking if they can come in. Right away I knew something was wrong, but in all honesty, I thought my other brother who is crazy and reckless had been an accident. When the officer told us that he’s so sorry, but Mark died in a car accident, I completely lost it.

There was so much family at my mother’s house but I’ve never felt so alone. My best friend was gone and I didn’t know how I was going to continue to live without him. When it was morning, I couldn’t stand to hear another ‘I’m sorry’ and I couldn’t bear to hear my mom crying anymore. I jumped in Mark’s truck and just drove. I didn’t know exactly where I was going, but I ended up where the accident was. The officer didn’t tell us where it happened, he just told us that it happened. While I was driving, all I could think about was why didn’t I stop to talk to him. Why didn’t I let him kiss and play with the boys? Why didn’t I tell him I loved him? I was crushed and completely heartbroken. We found out Mark had been ejected from the truck and his seatbelt had broken and that he died instantly.

My oldest son Shawn didn’t know what was going on, but he knew he would never see his uncle again. I didn’t know how to cope with the pain, so when I wasn’t working, I drank and drank. I couldn’t cope – I was lost. Everything reminded me of Mark, so I drank more. It got so bad that I wrote my mom a note saying I loved my boys with all my heart, but I’m hurting so bad. That I know I’m doing a crappy job being their mom because I can’t cope with the pain of losing Mark. That if something ever happened to me, please take care of my babies. THANK GOD nothing happened to me. Mark was only 16. And he died because his friend was speeding and over corrected on a turn and flipped his truck several times. My brother died that night, but his friend lived until the next day. His family got to see him and say their goodbyes. We didn’t get that. We got to see Mark 5 days later when we took his clothes to the funeral home.

I drank a lot from December 3, 2005, until February 2006. I drank so much it’s a blur. But then, one day I was online talking to friends when I noticed this guy’s profile. I randomly commented on his picture, but little did I know he was everything I ever needed to get my life back on track. He replied, and from then on we talked and talked. We did this for months. I eventually realized the pain I was in from losing my baby brother wasn’t as painful. In May, we went to dinner and had a great time. We didn’t leave until the restaurant closed, but he was scared to date someone with two babies. My boys were then almost 3 and soon-to-be 1. One day, he asked me to come hang out but I had my son Aidan (the soon to be 1 year old) and I didn’t want to introduce my boys to him yet. But Chris wanted to see me, and wanted to meet my boys, so I went.

My oldest son Shawn was with my parents shopping. My son Aidan was asleep when we got there so I left the car on and rolled the windows down so I could hear him when he woke up. Chris was riding his 4-wheeler and he offered me a ride, so my friend offered to watched Aidan. My friend and I rode the 4-wheeler and when I got back, Aidan was awake and Chris was holding him and playing with him. I fell in LOVE with Chris in this moment! I knew I liked him a lot, but after seeing him with my son, I knew it was love and that’s why I couldn’t give up and walk away. When we were leaving Chris invited us to a birthday party. I had other plans with friends but they all started drinking, and the one thing I will never do is drink and drive. So I went back to hang out with Chris. He kissed me that night and told me I was the type of girl he’s been waiting for his entire life. We have been inseparable ever since.

I stopped drink and partying. In August, he asked me to move in with him and bought land and our first house. I was working two jobs when we met, but when we moved in together he told me he was a man that took care of his family and that I deserved to be taken care of. He asked me to quit so he could give me the world. We have been HAPPILY MARRIED for 10 years. Together in total 13 years. He’s adopted both of my boys. Shawn is now 16 and Aidan is 14. And we have added our beautiful daughter Alianna to our bunch, she’s 8.

I know without a doubt my baby brother Mark put us together to save my life. And to show me what true love is. I love my husband Chris more and more every day. And he shows me every single day that he loves and adores me and our kids. I thank God and my brother Mark every day for putting us together. I truly believe we were meant to be, because even though we lived in different towns, we hung out and had the same friends, but we never met until after Mark passed away.

God waited for us to meet until I needed him the most in my life, and that was after losing Mark. Chris and I just celebrated our 10-year wedding anniversary and we renewed our wedding vows. I know Mark was right there with us, by our side.

The moral to my story is, even though you have given up, there is always someone looking after you and true love does exist.”

This story was submitted to Love What Matters by Mandy Paschall of Texas. Submit your own story here, and subscribe to our best stories in our free newsletter here.