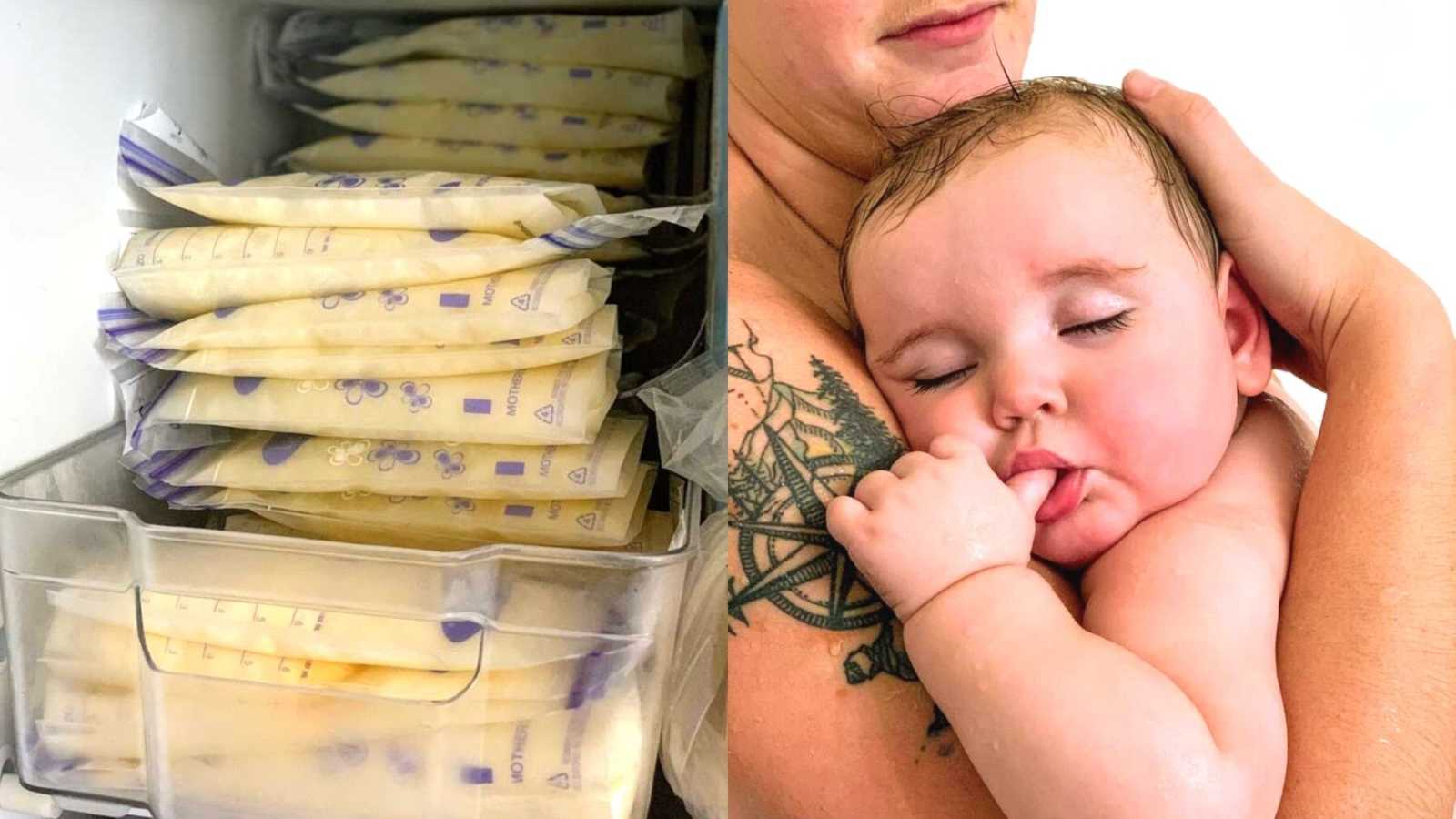 “Where I am now was never my intent. I never knew where breastfeeding would lead me. I never had an end goal in mind. And to be honest with you, I didn’t know any of this was possible. I just knew I wanted to do what I thought was best for my daughter and just focus on that. But my whole perspective changed when I realized what was possible.

I had my son when I was 21 and I wasn’t exactly set on breastfeeding him. I was young and I wasn’t very educated on breastfeeding. So, when the doctor told me it may be best if I didn’t, because he was jaundice, I didn’t think twice about it. Now looking back, I can’t believe I listened to that. Even saying it out loud is crazy to me. Breastfeeding would have definitely helped him, but thankfully, everything turned out fine.

My mom had five kids and did not breastfeed any of us, so it wasn’t a natural thing to me. Not that she was wrong for choosing this, but it wasn’t a normalized thing. After I had my son and became a part of a whole different community of moms, I soon learned it’s an amazing journey. I don’t regret not breastfeeding my son in any way, but I feel like I missed a bond with him. I knew with my next baby I was going to not only breastfeed but also be an advocate for breastfeeding as well.

When I found out I was pregnant with my daughter, it surprised everyone, including us! As soon as I found out I was pregnant, I was excited because I was going to enter a journey that was going to be so fulfilling. And I was ready to educate women on it. Breastfeeding became something I researched daily and reached out to other moms about. I wanted to make sure I was readily prepared for it.

Little did I know, just because it’s a natural thing to do does not mean it all came naturally to me. I think I speak for a lot of women when I say this. The moment she was born, I realized this was going to take a lot of work on both of our ends. I wasn’t going to give up, even if it meant I was tied down to a pump for most of my day. I wanted to be sure her source of food was me.

Prior to her being born, I educated myself on the potential complications of breastfeeding—some of those things being a tongue tie or a lip tie. So when I realized she was not latching and was having trouble, I asked the lactation consultant at the hospital to evaluate her to see if this could be the issue. The lactation consultant kind of dismissed me and said it wasn’t. So I pumped and pumped and pumped. I was fearful I wouldn’t make enough for her, so I wanted to start a stash ASAP.

At her follow-up pediatric appointment, I asked to speak with their lactation consultant to see if maybe I was doing something wrong. And sure enough, she said my daughter had a tongue tie. Her advice was to continue pumping and at least once a day, see if she would latch. But if pumping worked for me, then keep doing it.

After 4 weeks of around-the-clock pumping religiously, I had built a massive stash. But then something crazy happened while I was showering with my daughter (attachment parenting)—she latched on her own. I spent 40 minutes in the shower with her to let her eat. From then on, she latched perfectly. I had finally gotten some freedom from the pump.

I didn’t stop pumping, though. I knew I was going to continue pumping even if she did latch. I became inspired by other moms’ stashes, so I continued to build mine as much as I could. But it had gotten to a point we couldn’t hoard any more milk. We began taking bags on bags to her grandparents’ houses.

Someone somewhere must’ve known I needed to stash away milk because when Addie was 7 months old, I began donating milk. I started with her cousin who was just born. She wasn’t latching correctly to her mom and wasn’t taking well to her mom’s milk. We gave many ounces to them to ensure she was fed the way her mom had planned.

I continued giving milk away to her cousin until they decided to do formula. I was so happy to have been able to help them. It ignited a fire within. I was still pumping 3 to 4 times a day while still nursing my daughter. And then I came across several other moms who needed milk and I graciously gave them what they needed.

I came across a mom in my workplace who was struggling with supply and I wanted to be sure she wasn’t feeling pressured to pump more. The more stress you feel, the less you produce, or so they say. I gave her 120 ounces, just to keep on hand in case she needed it. Just knowing I was helping a baby made me want to continue gifting milk.

My daughter will be 2 years old in April and is only nursing once a day. I have no intent to stop her, especially given COVID. My body still likes to think she’s eating 3 to 4 times a day. I’m still pumping to give moms milk, I reach out to let moms know I am happy to help, and I’m still stashing some in my freezer.

Helping a mother feed her child is a gift not many can give. I am so grateful my body has the ability to do so. I’d love to continue helping moms and babies in need. I wish I knew this was possible with my son, but now I feel like it’s my job to inform others it is.”

This story was submitted to Love What Matters by Momma Chronicles. You can follow her journey on Instagram and Facebook. Submit your own story here, and be sure to subscribe to our free email newsletter for our best stories, and YouTube for our best videos.

‘Breast is better,’ they said. I cried for days, unable to feed you. I heard I could never feel that connection with you, nor you with me, because I didn’t nurse you.’: Mom shares emotional breastfeeding struggle, ‘Did I love you any less?’

‘As a man, I will never be able to breastfeed my children, but I can do my best to support my breastfeeding wife.’: Husband urges ‘teamwork is essential’

‘I noticed a decrease in my milk supply. ‘WTF is wrong with me?!!!’ The guilt was beginning to suffocate me.’: Breastfeeding mom urges ‘fed is best’ after switching to formula

‘I breastfeed in front of my teens. May ALL teens see breasts whipped out in public and have the mystery of titties ruined for them.’: Former teacher mom calls for normalizing breastfeeding, ‘They can handle it’ 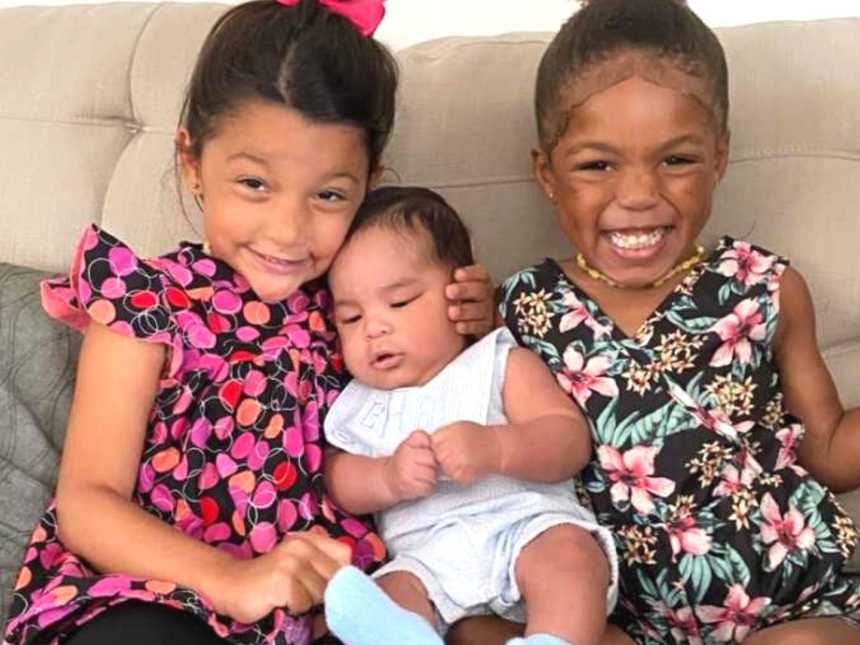