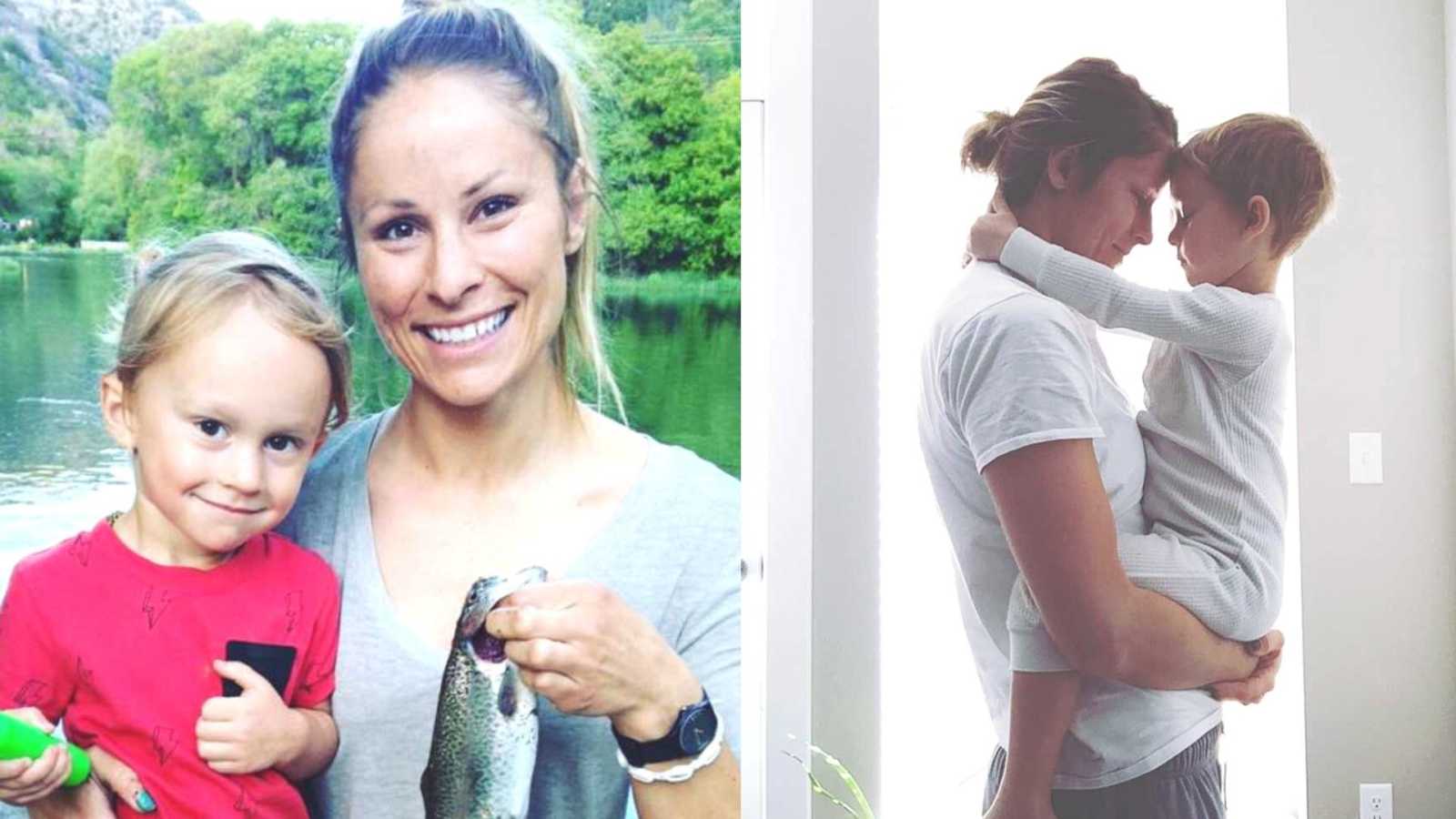 “‘Well to be honest…’ my husband said, ‘I filed for divorce last Thursday…’

I couldn’t believe I wasn’t screaming and yelling at him right that very second. As much as my heart was literally shattering, I felt peaceful… I think maybe it was just numb, I’m not really sure.

I know in the past James and I both mentioned divorce when we were hysterically upset, but we also clarified that it was never an option. Yet here we were. My counselor I think was in more shocked than I was.

‘I’ve been seeing a divorce lawyer for the past month and you’ll be getting paperwork in the next week or so,’ he said.

Months and even years before James told me he filed for divorce, we were on rocky ground. I had just birthed our son and was really struggling to be myself, it wasn’t until about a year later I realized I had postpartum. So I finally went in to see a doctor and because my hormone levels have been out of check for so long, it damaged my thyroid as well. I was put on some meds and they seemed to be working a little bit but I still felt awful. I was really irritable and upset all the time. I was always so fatigued. And I’m afraid James got the worst of it day in and day out. No one is perfect and in our marriage we both made some poor choices and both said things that really hurt one another. But it just came to a point where James couldn’t do it anymore, and as much as I wanted to stay together that night, we sat in bed and talked about getting a divorce. I felt that it was the right thing to do.

I felt like I had failed the one most important thing to me—my dream ever since I was a little girl was to be married and have a family, and now it was coming to an end. I was raised in a Christian home with good, loving parents who fought occasionally and thought that was the reality of marriage. Little arguments here and there—what to have for dinner, what show we would watch as a family or James not putting the toilet seat down. Such superficial nonsense! No one explained what marriage was really like, or the changes in lifestyle and hormones when having a baby, and that these were common things that naturally happen.

Growing up it always seemed as if it wasn’t talked about, it never happened. So when life got hard in my marriage, I never did. (A year late and I realize the more I talk about it the easier it gets). But I also believe everything happens for a reason, and in the long term for our benefit.

Two months after I was served the divorce papers, it was finalized. We were no longer married, but even though we both agreed, I was convinced this was just a break for James to realize what we were giving up and come running back to me.

But the more time passed, the more he distanced himself, and the more angry I grew realizing we would probably never get back together. I still wonder what it would be like if we both continued to change and become our best selves and get back together, but it’s not something I can wait for and not something he can either. You’re supposed to learn and grow together in a marriage… I think that’s what a marriage is. It’s wanting to progress with someone. But it also makes it really hard when you don’t have the same vision and lifestyle in mind. Which was definitely a hindrance in our marriage as well.

Another year passed and I still was feeling awful – I just couldn’t function. I couldn’t keep a job, I was completely broke and depressed. I gave into feelings and thoughts that I was a victim. No matter how hard I tried to change or make things better between us, James had made his decision. It wasn’t until six months later, I read a book called ‘Reality Therapy’ that my paradigm changed.

I learned that no matter what has happened in the past—before, during, or after my marriage. Whether I had been treated unfairly, abused, rejected, humiliated, unappreciated, belittled, whatever it may have been, NONE of it matters! Literally there is absolutely nothing I can do to change the past. All I have control over is my future, my emotions, my actions, ME. It is I who needs to change, it is I who needs to learn self-mastery. I have value. I have worth. No matter what people say or do, it does not change that fact. I believe that, I truly do. I just lost sight of that. My depression just ate away at me and I gave into those awful thoughts.

I decided my medicine wasn’t doing what it should so I went and saw the doctor and they put me on a new medication and within 30 days I was a completely different person. I still have rough days and weeks. But as a whole I am getting better and I am getting stronger – slow progress is still progress!

James and I still communicate on a daily basis because of our son. We both honestly want the very best for him and we are both willing to put aside our own selfishness to do what we can to make his life as positive as it can be in our situation. We did not go to court to fight over our son, as James’s parents had thought I would try to take him. But we sat down, talked, and through mediation, we legally share 50-50. James is an amazing father and a good man. And even though there are things he does in his personal life and with raising our son that I don’t always agree with, I know he wants the absolute best for Kingston. And it would be nothing but unfair and selfish to take that sweet boy away from his loving father.

Given our current situation, James living in Logan, Utah, and myself in Sandy, we meet up once a week for a few hours and do something fun or uplifting altogether. At least that’s the goal, and 95% of the time we’re successful. The other 5% both or one of us are a little on edge so we swap Kingston, give hugs and say our goodbyes. But we both feel it’s so important that Kingston knows his mom and dad love him so very much, and we still love and care for one another, but we just aren’t together anymore.

I still regularly attend counseling and have really been focusing on building and finding myself again. I was so hurt so broken, so afraid, but God is showing me that I can be so happy, so whole, and so brave with His help. I owe it to myself, I owe it to my son, and yes, I owe it to my future husband.”

This story was submitted to Love What Matters by Jenny Aller. You can follow her journey on Instagram. Do you have a similar experience? We’d like to hear your important journey. Submit your own story here. Be sure to subscribe to our free email newsletter for our best stories, and YouTube for our best videos.

‘He’ll never be a dead-beat dad who got remarried and started a new life. And I refuse to be the evil stepmom.’: Bonus mom successfully co-parents with husband’s ex, ‘We all make the effort. We all show up. We are all present’

‘We were court ordered to conduct drop offs and pick-ups at the police station. We were a mess. A disgrace. I knew this wasn’t healthy for our children.’: Family come together to peacefully co-parent