“The night and day before I went into labor were spent at my parent’s house because my husband worked that night. He’s a nurse. I woke up exactly when my water broke hearing a big noise like a balloon was popped. I got up and told my sister and parents and showered really quick. My emotions were high and I was beyond excited to meet my little man.

The contractions and pains did not start until I got to the hospital when they induced them. The first nurse who checked me did an ultrasound and told us, ‘The baby was head down’ (even though I knew he wasn’t because I was feeling his head in a different area). I did not say anything to her because I trusted her judgment and just let the labor take its course. The pains were horrible, and all you mamas know that! There’s nothing to compare it to, and in those moments I yelled to my husband, ‘This is the only child you’re getting, I can’t do this again!’

The scary parts came when my contractions were up to 9 and over the scale in intensity, and while I was having them the baby’s vitals were drastically dropping (and two times they dropped to 0). My mom kept telling me to breathe while I was having a contraction because we were able to see the baby’s vital monitor and how it was dropping. When I heard that I got so scared that I called the nurse and explained to her what was going on. She assured me, ‘It is normal,’ and that she monitors both our vitals from outside. Once she assured me of that I didn’t really think anything of it and kept doing what I was doing.

While all that was happening, my husband ran home to get something, so he was not around to give me his nursing perspective input of what was going on. My mom was still unsure and scared. Her worries came to reality later on… when the time came to push, it was scary and happy. I was happy because my doctor was able to get there from her out of state vacation just in time to deliver baby Zach. It was scary because I was there pushing for one hour in which nothing was happening. My contractions were still 5-6 even 7 minutes apart (I’ve never had contractions that were 1-2 minutes apart, ever). I was literally taking small naps in between my pushing. The doctor was a little unsure of what was going on because she just got here and the doctors that took care of me before were residents and med students. Finally, the doctor decided to use the forceps to take the baby out in a split second because things were not looking good. Once he was out, he was purple, had the cord around his neck and was not breathing or crying.

They immediately took him away from me and intubated him, which means they put a tube down his throat to provide supplemental oxygen. My husband was there during that process while they were finishing up with me and that waiting game absolutely killed me. I was crying, desperate and confused. I did not know if he was going to survive. I did not see or hold him. I prayed like never before. It was a nightmare I would not wish on anybody. I felt like somebody was trying to take my baby away and I felt that it was a battle for his life.

After I was able and allowed to move, I went to visit him in NICU and when I saw him I absolutely fell in love! He was the most perfect little boy ever. But he had to stay in there and that killed me inside. The tubes were out and he was able to breathe on his own about 6-7 hours after delivery, but his NICU stay was prolonged because he refused to eat and for safety, they had to keep him there. The days that followed after were tough and full of emotions. I prayed to God to make him eat so we can get out of that hospital. After I was discharged we kept going back and forth a few times a day to visit our sweet bundle of joy. Many tests were made to make sure that his lack of oxygen he had did not affect his brain or other parts of his body. Fortunately, everything came out great.

Once home, real life started. It was definitely not easy to wake up at night for feedings but we were blessed with a baby who slept well throughout the night time and would only wake up 1-2 times. Still, it was hard because shortly after delivery, I went back to work. That played an important role in this whole process because trying to work 10 hours a day and be awake at night is not easy. But once we looked at how hard it was, we realized how blessed we are to even have our baby alive. I definitely felt some bits and pieces of how it would be to not have him here next to us. I felt blessed to do this.

As a person, I am very strong minded and motivated and usually, don’t like to complain about motherhood. It is what it is, we have to do it and we do it with appreciation. That doesn’t mean it’s easy. Trying to find time to spend with my husband was a little harder because I work days and he works nights. Our schedules were always so different that we intentionally had to plan to spend time together. We knew how important it was to find that time. Our marriage and our relationship come before everything, and we don’t take it lightly. We would plan for in-home movie nights, cooking together or even doing laundry together so we can spend time with each other while we do those. You have to make it work, right? ‘Me time’ also had to be planned and was definitely not as much as it was before so I had to learn to do my hair and makeup faster and to plan my outfits in my head during nighttime feedings. Oh did I mention that I was doing my lesson plans at night while feeding my baby? Lol! Yup, whatever it takes! So I’m thankful that I, now, have more skills.

My days were long, stressful and tiring. I would leave home around 10 a.m. to take my baby to my moms and then get off work around 8 p.m., drive  from my mom’s home to our home, get the baby ready for sleep, get myself ready, maybe eat something if I was lucky, and spend some time with my husband. Many times I would also spend the night at my mom’s because I would be too tired to drive back to my house. Did anybody force me to work postpartum? Definitely not, it was my decision and I did not regret it. Did I have help from my mom and husband? Absolutely! But that doesn’t mean it wasn’t hard, that I slept at night and that I had all the time in the world to myself. In fact, it was definitely more tiring and harder than staying home, but it was my decision and nobody should judge it. Whether you stay at home or work, you’re still an amazing parent and I consider myself one.

I like to see women who discover their inner power and who test their limits. You never know how far you can go until you try. And I wanted to try and I’ve learned so much! I’ve learned that time is precious, I’ve learned time management, I’ve acquired new skills, I learned how to ‘multitask while multitasking’ and I am proud of what I have become. My husband was/is a big blessing to me. He helped me sometimes with night feedings (yes, our baby was bottle fed. Fed is best, ok?? Don’t come to judge) he also helped to change him, watching him while I had 1-2 hours to myself and that was a tremendous blessing! He always assured me that Zach was gonna be fine when he was in the hospital, he always encouraged me with words of affirmation, he was always there to help at any time. No, this is not a fairy tale husband who doesn’t exist. ‘She’s just making this up.’ There are still men who do this because they understand  it’s their responsibility to raise children as well. And when people understand that both the mom and the dad should do the same work for their children, the stress and anxiety become less.

There’s more happiness in the family, the moms are more relaxed and the dads feel helpful. Let them help you! With a diaper change, ‘sure I’ll get that!’ A feeding, ‘go ahead!’ LET THEM FEEL LIKE DADS not by just providing and going to work, but by taking care of their children in this manner as well. You will see  they will start understanding us more, feeling with us and turning into amazing, involved dads who know their children. Most of our dates were going out with the baby as well and it worked. We communicate a lot and that helped me through this process of becoming a mom. We found what was best for our family and we used it. It’s not always easy, but it’s not impossible if you’re willing to sacrifice some time to spend with your loved one instead of sleeping 1 more hour.”

This story was written by Amanda Atuahene of  Orange County, CA. You can follow her on Instagram here. You can also visit her Facebook page here. Submit your own story here, and subscribe to our free newsletter for our best stories. 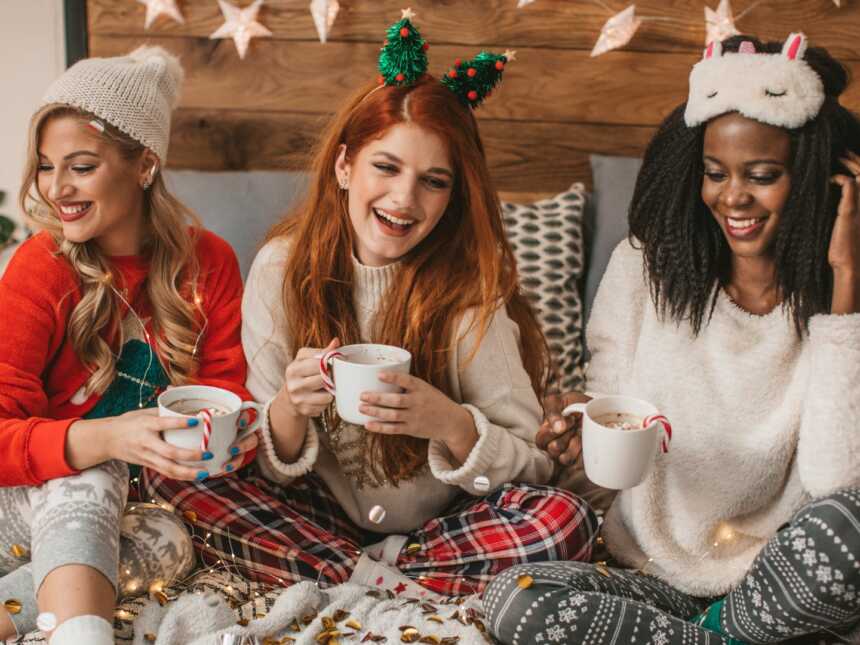