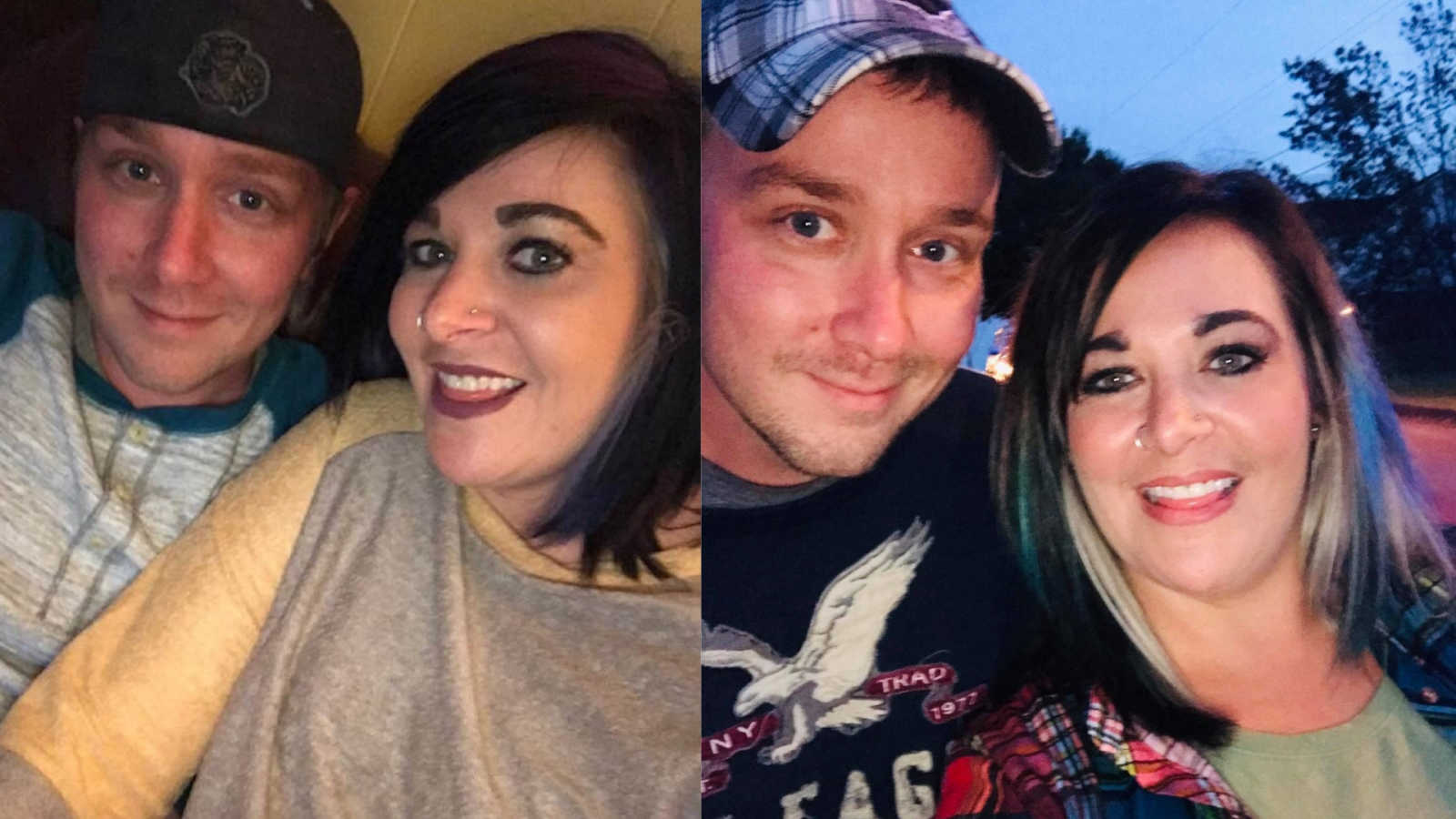 We both were bartenders for a local restaurant. I was a single mom, and this amazing guy was just waiting to get his next high. I knew he was very different from most guys I had dated. However, something about him made me want to get to know him. It took weeks for him to even take his earphones off to speak to me. He had shaggy hair, did not even weigh 110 lbs and had very sad eyes – I found out later they were the eyes of someone high on drugs. I was not aware at first he was even high. He hid it so well – the gum, cologne, and eye drops. It did not help I was naïve and had never been around people who were high – a drug addict.

The beginning of February he started to speak to me a little more. He started to tell me more about himself. Valentine’s day he told me he never wanted kids, he never wanted to be married and he was fine with his simple life. Getting high, playing video games and absolutely no responsibilities. I asked him to meet me for a drink. That night I got to know so much more than I ever thought I would. Brandon started with pot at the age of 15. He said, ‘I got to choose which parent to live with and I chose my dad, who handed me every drug on a silver platter. As he would leave for the club, he would leave me anything you could want. It started with pot. Then he handed me pills which lead me to my pill addiction. Even though my mom and stepdad tried to save me, I was gone. Many times they came to my rescue and still stood by me.’

My amazing guy never thought it would lead to more and he swore he would never be addicted. That he would never have to rely on it. Pot lead to pills. It didn’t matter what, just any pills he could get his hands on. Anything he could crush and put up his nose. Pills was his go-to. He consistently needed more. Coke, molly, ecstasy and shrooms. There were times he got so high and would pass out, and I wouldn’t know if if he would come to. There were times he got as high as he could to feel something, to feel anything. The stories kept coming. The more I sat there, the more I realized how strong this amazing guy was. As the weeks went by he told me he wanted to quit. I honestly did not know how hard just quitting was. I had a drinking problem in the past so I thought I understood it. As we spent the next few weeks getting to know each other, I saw him hit a low. He would hide how sick he was. Hide how he came off all the pills. Ten years as a drug addict, he now had a reason to quit.

Watching a man you have fallen in love with, a man who in just weeks knew more about you than many do now, suffer, broke me. It made me see how much you can want to help someone. Five weeks into getting to know him he started the withdrawals and the leaving behind the 10 years of drugs. It broke my heart to watch him. But it made me proud when he came through it. To know he was strong enough. To know he could do it. March 23, 2013, he told me he was ready to quit. His exact words were, ‘Kalen I am done.’ I cried when he told me. We had just truly started dating and I told him until he was clean, he would never meet my then 3-year-old son. He started with a fourth of a suboxone. Then started drinking a little to ease the pain. I went to his apartment and the Jager bottles were unreal. I asked him how he could leave drugs for drinking. He said, ‘I will quit it too.’

Brandon always tried hiding how bad his withdrawals were. He never wanted me see how bad it got. The leg cramps were terrible. The night sweats. His stomach was torn up. He called me one morning and said, ‘This is the worst I have ever felt. I want it to stop.’ As the days went by, he ﬁnally let me see him. He ﬁnally let me come to his apartment and just sit with him. Four days of his refusing to let me or his family come over. Four days of me begging him to let me just come over and sit in silence. Although I refuse to have any pain pills in our house and it’s always in the back of my mind, the what if, I ask him a lot how he just quit. Why then? Why not before? He always says, ‘I had a reason then, and I never did before.’

He lost relationships with friends, family and his girlfriend at the time. His closest family was there through it all and watched him get better. He is now 135 lbs and he has a real smile. We are now a family of four and as I look back, I see how strong he truly has become. So many told us he would go back to the drugs. So many told us he would never be able to quit.

So many times in the beginning I questioned if he was hiding the drugs. I cried begging him to not go back, I knew it would be as easy then as it is now to hide it from me. I know looking back I was more stressed about him quitting than himself.

March 23, 2019, he hit 6 years sober. I always celebrate and make it a big day. To him it means nothing, but to me as his wife, knowing how low he was and knowing how far he came and how many he can help,  I speak of his addiction often. He is not one to express how big of a deal it is. He had so many cheering him on. However, he had to find his reason to quit. We got married March of 2014 and our son was born in May 2014. As our boys get older, they will know our struggles. Although they are different – knowing their father is a recovering drug addict is something to be proud of. I did not know how bad he was when I meet him or why he ignored me. But even high and not even realizing I was there, for some reason I stood by him wanting to know the man behind the drugs. The man I knew was behind the sad eyes and the depression. The man who was waiting on his next fix. The man that God brought into my life. I know that nothing is by chance, and it wasn’t by chance I met this man.

It takes you wanting it to quit. It takes one person holding your hand as you go through withdrawals and praying for you. One person to say, ‘you can do this.’ But most importantly, it is you wanting to do this for yourself. You want to be better than the high. This amazing guy did it!”

This story was submitted to Love What Matters by Kalen Johnson Arnold of Johnson City, Tennessee. Do you have a similar experience? We’d like to hear your important journey. Submit your own story here, and subscribe to our best stories in our free newsletter here.

‘Get in the car,’ my mom forcefully tells me. My mind is racing. Turning me into jail? Where are we going? The drive feels like an eternity.’ She parks. ‘Do you see this place?,’ she chokes out.’

‘Our daughter has been placed in protective custody,’ my husband said. ‘We will deal with that later,’ I remember replying. Because first, I needed to get high.’