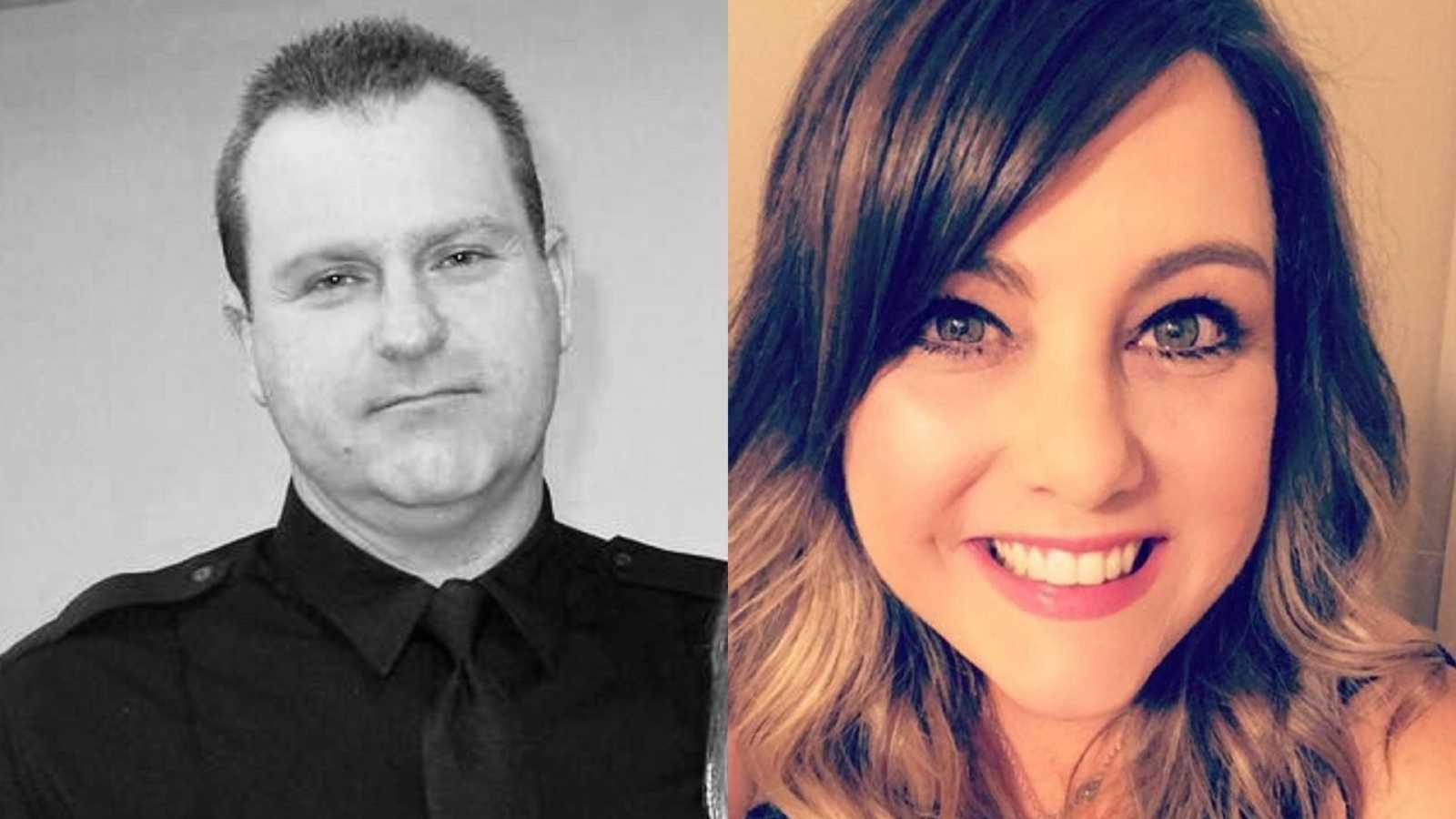 “I am currently driving around with a broken window screen in my car. Yes, the whole screen, frame and all. It’s been in there for about two weeks now. First, it was to remind me to take it to a hardware store and just buy a new one, but I guess it’s not that easy. After I called them, I learned you have to actually make one. I don’t understand this. I’m not a DIY person. I don’t do much on Pinterest, and when I do, I fail miserably. So, now I am supposed to make an actual window screen? I never knew why some people never fixed stuff on their house, and now I know. I guess I am going to be the crazy neighborhood lady who doesn’t have window screens on her house because as they break one by one, they’re probably just going to end up in the backseat of my car with the others until a solution is found. Adulting is confusing, and stressful. I’m serious.

Just today, I had to pay bills. I do my best to keep on top of that because I like running water and air conditioning, but I still dread it. I spend more time trying to remember my log-in and password than I do curling my hair. I tried to set them all up on my phone with the facial recognition, but sometimes my phone doesn’t know who I am. I am not sure what Apple is trying to tell me, but my teenager never has a problem getting into my phone, so maybe when I don’t resemble a beautiful 16-year-old girl, it throws it off it’s axis. Axle? Whatever. That’s confusing, too. On top of all of that, my bathtub is leaking, and my air conditioner has a leak. I’m not sure if my fridge is leaking, too, or if somebody just keeps dropping ice on the floor and doesn’t pick it up before it melts, but it’s like my house is one big puddle. Between work, writing, kids and my charity, I honestly just run out of time for that kind of stuff. I guess if my house implodes into a sinkhole, I will call somebody, but until then, just thinking about it gives me a headache.

My husband, Chad, was at work as a police officer and he was honestly my last resort only because I didn’t want to bug him while he was working. But, by the time he got home, I was lying on the bathroom floor in the fetal position bawling. He quietly asked me what was wrong, and I tried to explain but it hurt to talk. I told him I just needed to be sick because I heard that when people get migraines, if they can throw-up they feel better. He waited patiently while I tried, stayed quiet and didn’t touch me because he learned that lesson when I was in labor with our daughter. It wasn’t working. Nothing was working. He finally broke the silence and insisted we go to the hospital. I wanted to say something, but I’m not sure my words came out in any logical order. I couldn’t think. I could barely talk. The most I could do was scream. My vision was blurry. I couldn’t convince my legs to work. And as my husband rushed around the house to find my purse, I did the only thing I could at the time. I crawled. I grabbed ahold of whatever I could on the ground and pulled my body over the floor to make it to the door. When he saw this, he dropped the things in his hands, bent down, put his arm around my waist and picked me up. He shuffled me to his car, until I could not move my feet anymore. He picked me up like a baby, placed my body on the passenger seat and tossed my legs inside before he shut the door. I was still screaming. To this day, I wonder what my neighbors thought as he brought my almost lifeless body out to his patrol car while I was pushing out prehistoric noises from my gut, but maybe they were used to all the screaming coming from my house with four kids, and paid no mind. Either way, we made it to the hospital where everybody thought I was having an aneurism, but it was just the opposite. Instead of a blood vessel popping, mine constricted, like a charlie-horse on the brain.

But, the one thing that really sticks out to me about that day isn’t the headache itself, or the pain, or the way the saline tasted when they started the IV. It was when I asked the doctor what could have caused it, and he responded with, ‘Well, have you been under any stress, lately?’ I looked at my husband, and he looked at me. I laughed. He laughed. The doctor laughed because we laughed. The nurse nervously laughed. We all laughed. The doctor had no way of knowing when he asked me that that my husband had recently been diagnosed with terminal cancer. He had no idea that the strong, healthy-looking, tanned, smiling, dad-bod man sitting next to me was dying. He had no idea that the man who dragged me into the ER would soon be in the ER himself writhing in his own pain, and there would be nothing we could do about it. There would be no medication that could fix it. There would be no doctor who would release him to go home to rest. There would be no laughter. Well, that’s a lie. He made us laugh just hours before he stopped breathing. Can you believe that?  He had the whole hospital room laughing less that 180 minutes before he died.

Because it’s what he did. He took care of everything. He made everything alright. He fixed everything. He would know how to fix the screen. He would know how to fix the leaks, and when to pay the bills and how to convince the kids to pick up their own ice cubes. He would know all the passwords to every account. He would know how to fix the air conditioner. I saw him do it once. With a piece of ground cover, no less. He took care of me, and the kids and the dogs and his mom and, well, just everything. And, to be perfectly honest, I barely function some days without him. I miss him. I miss knowing that I had somebody to rely on. I miss knowing that he would pick me up or make me feel better or that I wouldn’t have to worry or stress or wonder how to get things done. And, now that he’s gone, I am left to figure this all out on my own. I am left to figure out what to do and every time I sign into one of our accounts, it just stabs me in the heart, and I cannot shake it. After all this time, it still burns so badly.

But, as I write this, something else has also come to mind. If you still have your person, which I hope everybody reading this does, please, please, please, take care of them, and let them take care of you. Whether it’s your spouse, or your lover, or your friends, or your kids, I am imploring you, practically begging you, to stop whatever you’re doing, throw your arms around them and hold them close. Sure, learn the passwords, learn how to fix stuff, learn everything you need to – but above all, learn how to love each other, now. Throw away the bad feelings. Get rid of grudges. Let all the sh*t go. I may regret not knowing all the ins and outs of everything about my house, but I do not regret, not for one second, that I had the opportunity to hold onto him a little bit tighter when I realized he wasn’t going to survive his disease.

Somebody will comment on this and tell me that I should have prepared myself and they will be referring to all the practical things, and I will challenge you and tell you that I did. I prepared myself for the most important of all things and that was making sure that my husband died knowing he was forever, passionately loved. I can survive knowing that I still have so much to learn, but I never would have survived if I hadn’t done everything I could to show him how much I loved him. I would give anything to lay on his chest and listen to his heartbeat, even if I was mad at him. And that was probably the greatest lesson I have learned from all of this. I will never waste time again, and I will never let an opportunity to love or be loved pass me by. I hope you don’t, either.”

This story was submitted to Love What Matters by Diana Register of Meridian, Idaho. Her books “Grief Life” and “My Kid Is an Asshole, and So Is My Dog” are now available in print and kindle. You can find more of her books here. You can follow her work on her author Facebook page, and Instagram.