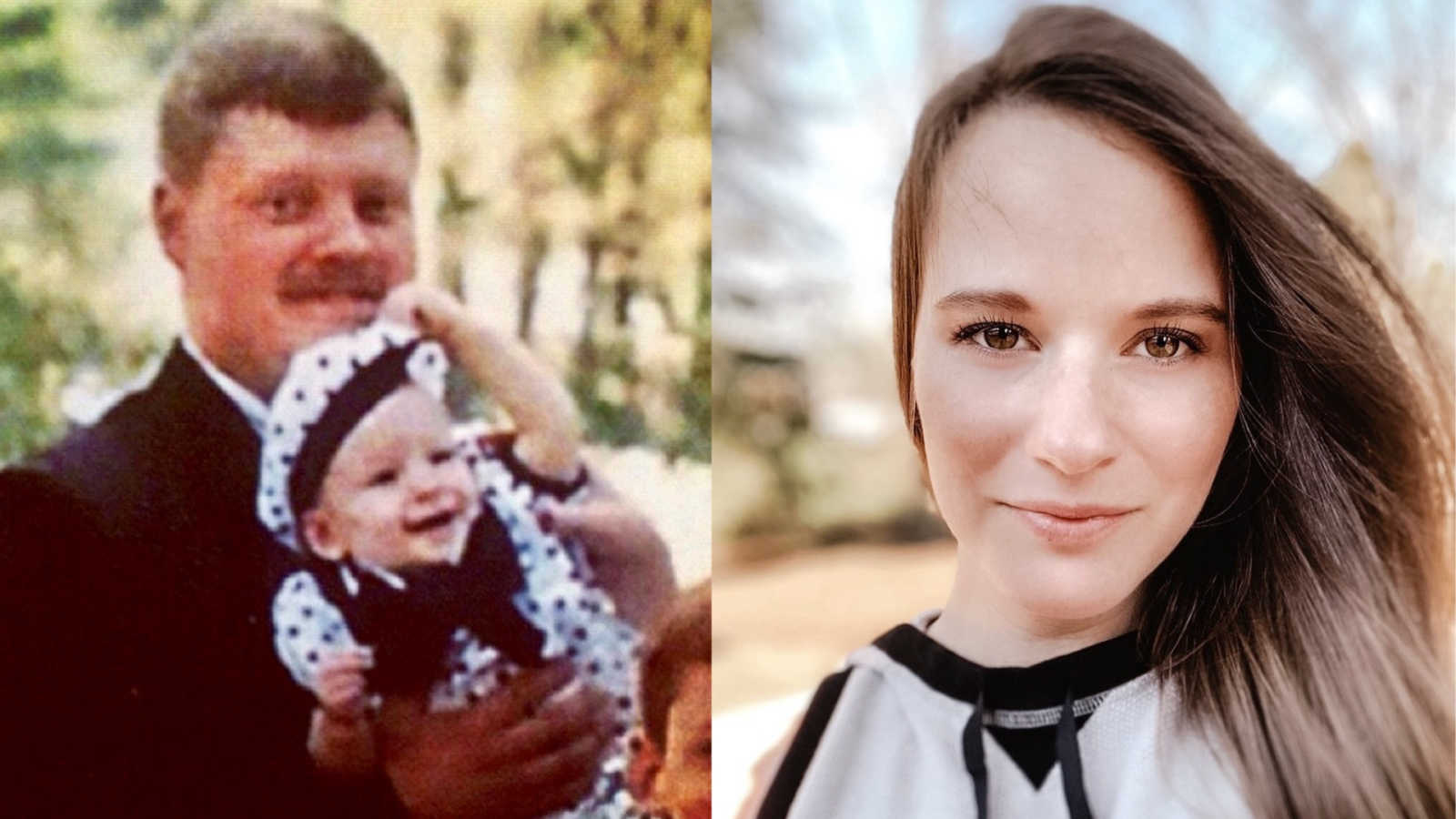 “I grew up with a father who was diabetic and had heart disease. I knew how to give him his insulin shots and what he could and could not eat. Throughout the course of my childhood, my dad had at least eight stints put in, one by-pass surgery, and two heart attacks. It was emotional. I’ll never forget how scared I felt when I had to leave my dad in the hospital as a little kid. As a child, my father was my security and not having him around felt strange. But I always knew he would come back. After all, he always did.

Our relationship wasn’t perfect. We were both stubborn and passionate about being right, but my dad was also the one who understood me the most. Growing up, I would have major anxiety attacks, something only my dad would try to understand. I would wake him up at night and tell him that I couldn’t breathe. He would automatically get up with me and take me into the living room. We would share a bowl of ice cream and watch television together until I calmed down. Despite his imperfections, his biggest goal in life was to be a good dad. He tried so hard to be, and that is what I’ll always remember most about him.

One morning, when I was a young teenager, my sister and I were leaving to go to work. I remember seeing my dad sitting on the couch and I could tell he didn’t feel great. Later that afternoon I was with my mom and sister when we got a call from the local hospital to tell us my dad had collapsed at work. That was the only information they could give us. We rushed over to the hospital. This was almost routine, so I didn’t feel panicked.

When we arrived at the hospital, they took us into a private room. Being so young, I didn’t realize this was where they take people to give them bad news. My mom, frantic, just kept asking if he was okay over and over. When we got into the room, the social worker seemed to not want to deal with my mother’s emotions. She looked at us and said, ‘No, I’m sorry. He passed.’ That was all she said.

I remember my mom’s arms around my neck. She just kept saying, ‘He’s gone. We lost him.’ I was frozen in place. I just wanted to keep my mother calm. I wanted to process what I was hearing but I couldn’t. Another woman came in and asked me if we wanted her to pray for us. I said yes. Partly because I felt like I couldn’t be rude to someone trying to help. I also needed to fill the silence in the air with something. I wanted to escape into my own head and just think for a moment.

The next thing I felt was fear. All of a sudden, death became real to me and I could feel it. In just a matter of moments, a life could be gone with no warning. It was hard to take in.

I started texting friends. I texted my youth leader Justin, my friend Sarah, and my now husband Evan. All I could say was, ‘My dad died. Please come.’ I didn’t know how to make the text sound heartfelt. It felt cold to put it so simply.

My mother started to call family members. The hospital was great and left us alone in the room for as long as we needed. I stepped out into the hallway with my sister. We both finally fell to the floor and just cried. The shock was wearing off and everything was becoming permanent. A nurse named Matt bent down beside us. He was tall and blonde. He told us everything would be okay and that he had lost his father when he was young also. That is all I remember him saying, but I will never forget the kind man that took a few moments out of his day to console two teenage girls crying in the hallway.

Friends and family came, we cried, we gathered our things to leave. They asked us if we wanted to see him. My mother did not want us to see him that day, to remember him the way we would see him at that moment. We agreed.

We stayed at my grandmother’s house that night. My sisters and my mom all slept on the couch. I’ll never forget waking up in the middle of the night to the quiet noise of my mom crying. As the years go by, it’s easy to forget the small details and intricacies of life. But those first few days are fresh in my mind. Raw, sad, deep emotion that no word ever created can do justice. The emotions feel just the same.

I kept waking up that night with an overwhelming feeling that I needed closure. I needed to know my father had truly passed. My family felt the same way. After all, some random people had broken the news. We needed to see it for ourselves.

My father wanted to be cremated but my sweet uncle paid to have the body prepared so we could see him one last time and officially say goodbye. My two sisters, brother, mom, and a special friend that loved him like we did all gathered around him and said our last words. There were so many tears, but so many smiles. My dad was always the joking kind of guy. He always said that when he died, he wanted to be placed in a coffin face down so that everyone could kiss his ass. Then he would laugh hard from his belly. That was my dad. Through it all, the man never ran out of jokes.

The memorial service was perfect. His favorite song was ‘The Anchor Holds’ by Ray Boltz. Old school, I know. My dad couldn’t wait to get to Heaven. He dreamed of it and couldn’t wait. To this day, I still know every word to that song.

Years later, I met a man named Will that was present the day my dad died. He saw him collapse to the floor in his high school cafeteria. It was hard to think of him dying alone there, without his family, but I know God was right there with him. It’s been over 10 years now and I cannot believe how much time has gone by. I hate not being able to raise my children with my father as their grandpa. He adored children. He was perfect with babies, loved helping in nursery at church, and was a youth leader at the church we attended. Even the youth thought he was the coolest ‘old guy.’

My mother went on to raise four children on her own. She was always brave, worked hard to give us a great life, and was the glue that held everything and everyone together. She built her tribe of family and friends and kept us strong. Our life wasn’t perfect, but we always found our way back to one another when things were hard.

When I lost my two babies to miscarriage, it gave me peace to know my dad could have them even if I couldn’t. The night I had my ectopic pregnancy and was being prepped for surgery, I remember closing my eyes and daydreaming. I could see the image of God telling me my dad was a grandpa for the second time. I could see my children Haven and Grace sitting on my dad’s lap, tears of joy streaming down his face. I could feel how proud he was of me and how honored he was to be given the responsibility of loving them until one day, my family and I join him. I’ve named my firstborn son after my father, Bill Miller.

He is loved, remembered, and honored. One day, when we are ready, my family and I will spread his ashes across the mountains of Mount Mitchell in North Carolina. We will plant a tree to honor the two babies we lost and sprinkle a few of his ashes under it. Two of his favorite places to be. The mountains and with his family.

This story was submitted to Love What Matters by Ashleigh Beaver of Winston Salem, North Carolina. You can follow her journey on Facebook and Instagram. Do you have a similar experience? We’d like to hear your important journey. Submit your own story here, and subscribe to our best stories in our free newsletter here.

‘I was raised not to have sex before marriage, and now I am unwed and pregnant. I sat in the bathroom alone and terrified.’

‘I was prepared for surgery. Panic took over. I counted the tiles on the floor to keep from having a major panic attack. All I could think about were my two sweet babies at home. 3. 2. 1…and I was asleep.’