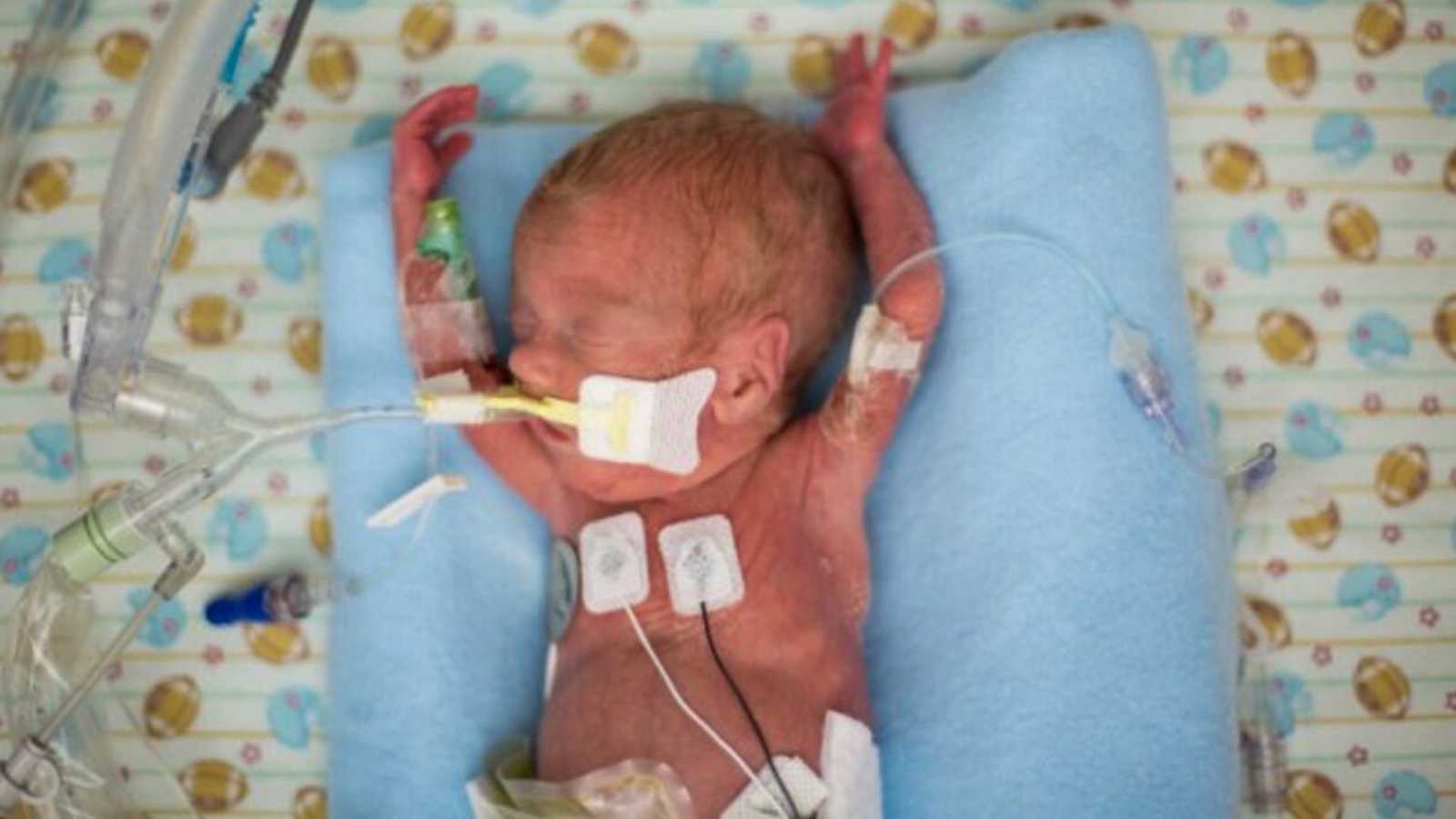 “I feel violated. I feel numb. So many thoughts are racing through my head. This sweet picture of my son, my child who passed away in my arms, was stolen. A woman took my picture and used it on Facebook, saying it was her own son who died. She gave him a different name and shared details of her fake son’s short life.

It’s hard to put into words the emotions running through me. I didn’t cry. I didn’t yell, but seeing a screenshot of this, made me sick to my stomach.

A child dying is a parent’s worst nightmare.

After losing our first triplet shortly after birth, I didn’t think I could handle any more heartache. Our first born was suddenly gone, and we now had two one-pound babies fighting for their lives in the NICU.

This picture was taken just days after learning our son, Parker, was gravely ill. A severe brain injury forced us to make a decision no parent should ever have to make. A local photographer volunteered his time and took pictures of our beautiful children.

This is my sweet Parker, wild blonde hair, and the sweetest disposition. He lived for 55 days.

He existed. He is more than just a picture.

I’m choking back the tears as I write this, frustrated and shocked that someone would stoop so low as to take a picture and claim it’s their own gravely ill child. As a writer, I have dealt with plagiarism, my words have been stolen, and I’m sure pictures have been used out of context. That’s part of the internet—when you put yourself out there publicly, you face the risk. But I guess I never expected my photos to be taken because my children are known around the world. For years I have shared our heartache and our happiness; our journey appearing on People and the Today Show, as well as other publications.

But as I have learned, no one is immune to cruel actions. Not even a grieving mother.

After being alerted to my son’s picture, I filed a report with Facebook and contacted the woman to take down my picture (she never responded, but instead blocked me).

I’m not angry with this woman, but I feel immense sadness for her. Maybe she has struggled with a loss of her own or maybe she’s simply seeking attention from others. But to take a picture of a gravely ill child and use it to mislead others is absolutely heartbreaking. Her sympathy seeking behavior should not be at the expense of my own loss.

That picture of my son is one of my favorites. Just one look at it and I’m brought back to the NICU, to the day where, for a few hours, we felt so much joy and peace. In the middle of the reality that our time with him was limited, we smiled as we took family pictures in the hospital. Even though my heart was breaking, it was filled to the brim with love.

It’s been nearly seven years since my triplets were born, and even now, I still grieve my two children who died. You never get over the loss of a child, you learn how to move forward in life, but you never forget.

I wouldn’t wish the pain of losing a child on my own worst enemy.

I had swept this incident under the rug, but for the past two weeks I couldn’t get it out of my mind. Chances are you know someone who has lost a child, whether it be a miscarriage, a stillbirth or a child who passed away. We are left with few mementos of our children; maybe a hospital band, a few clothes, or some only have ultrasound pictures to remember them by.

Child loss is real. It’s not something to joke about or to take lightly.

I am so grateful that I was able spend 55 days with my son, to memorize his every feature, to learn his personality. And while someone tried to take a tangible piece of my life, it’s the memories of my son that matter most. Those sweet moments will last a lifetime.” 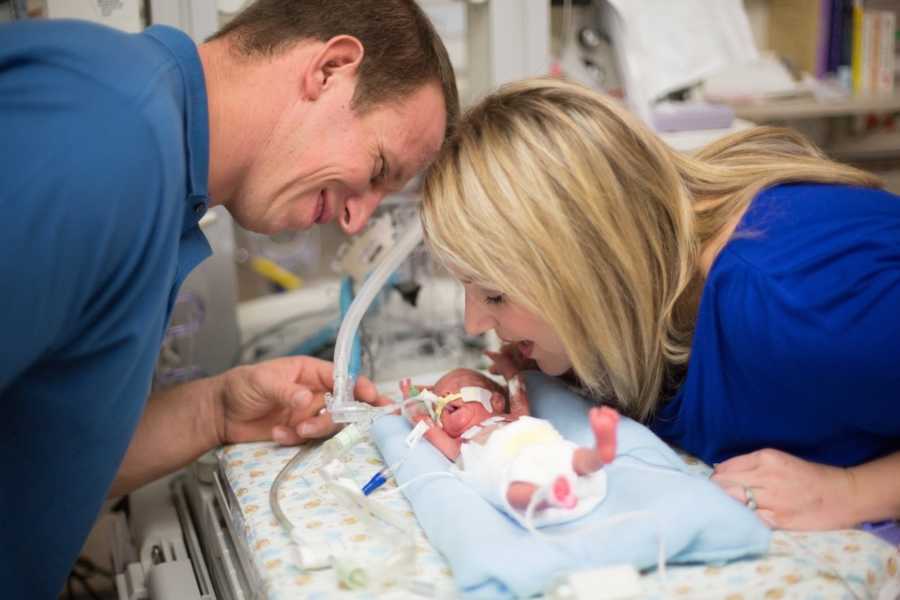 This story was written by Stacey Skrysak, an award-winning television journalist based in Illinois. You can follow her on Facebook, Instagram, and Twitter. Do you have a similar experience? We’d like to hear your important journey. Submit your own story here. Be sure to subscribe to our free email newsletter for our best stories, and YouTube for our best videos.

‘I’m choosing to let my hair go. I’m waiting for my stylist for however long the shutdown goes on. It’s tough out there right now.’: Woman advocates for hair stylists, ‘Don’t forget about them’

‘I was sobbing. Pregnant at 40 was the furthest thing from my mind. I was scared. 2 of my babies died within 2 months of birth.’: Mother of child loss says ‘bonus baby’ was ‘biggest surprise,’ now thrilled for surviving triplet to have a sister

‘To the parents of Abigail.’ I was shuffling through the junk mail, before tossing it in the trash. But the last letter left me frozen. My heart began racing. I gasped as I read the name.’

Provide strength and encouragement for other parents. SHARE this story on Facebook with your friends and family.