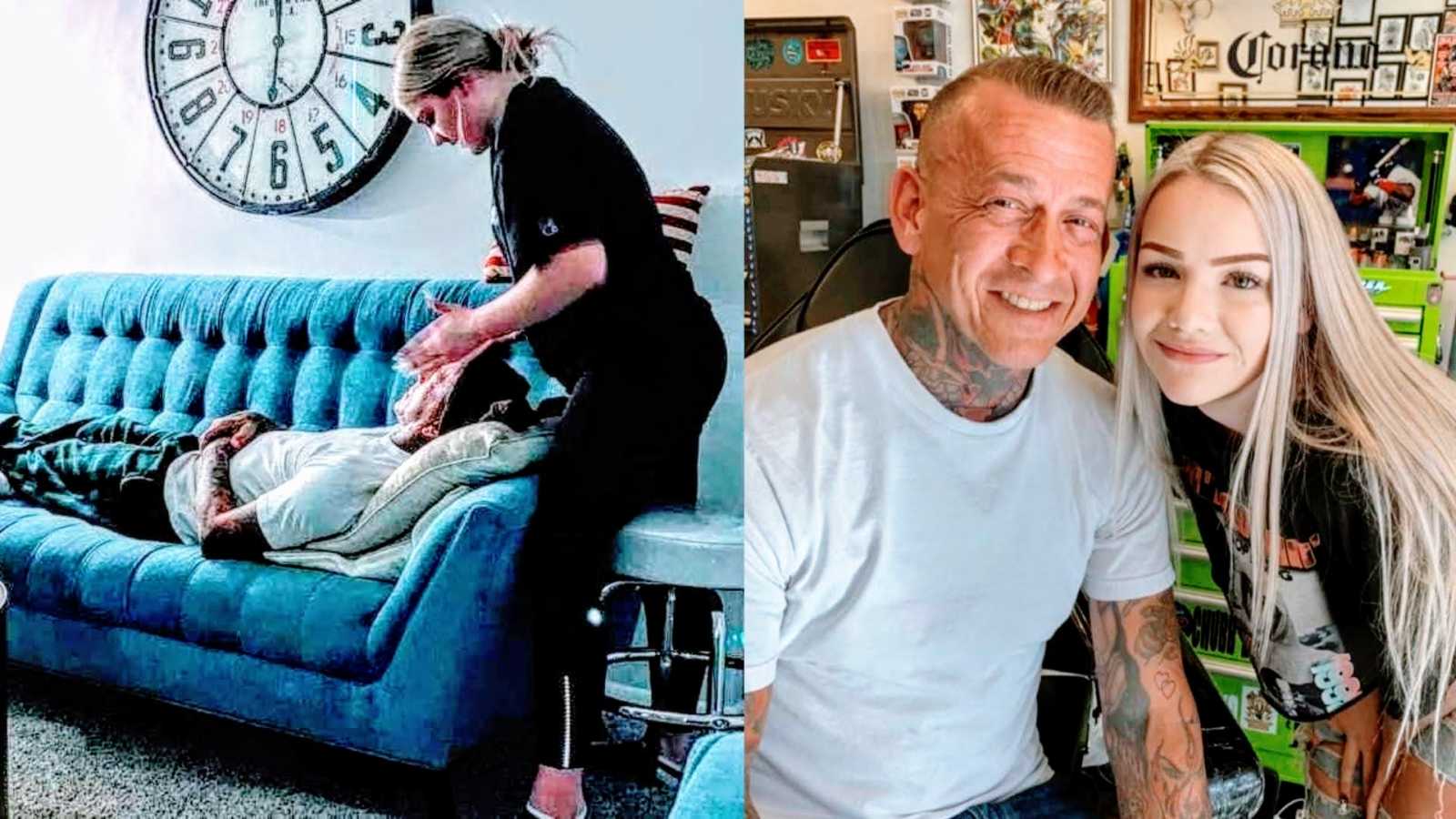 “When my daughter was little, I worked a night shift and often found myself jealous of the shenanigans my husband and her would get into when I was gone. They never really told me, but I knew. Maybe it was the dozens of cupcakes or cookies or cakes that they baked and left behind. Maybe it was all the Barbie dolls sitting on the couch dressed in socks that they had sewn into dresses. Maybe it was the random videos I found of him jamming out on an electric guitar, or maybe it was the one I found where she did a leap on the gymnastics beam and then he tried, too. Maybe it was the hundreds of snaps they sent me or the fact that I caught him lip synching to some ‘Hannah Montana’ song once while she clapped along.

It wasn’t just when I was gone, though. Oh, no. The two of them—they might’ve been the only two people in the room because when they were together, nobody else really mattered. I guess that’s the thing we always hear about between a father and a daughter. Their unbreakable bond.

And they loved to tease each other. Practical jokes were clearly their thing. I don’t know how many times he tried to scare her and her friends during a Halloween sleepover or how many times she did something just to make him laugh. Like that one time when he swore there was a cat trapped in the wall. He followed the meows for an hour, looking and looking everywhere for a cat, knowing we didn’t have one for a pet. He finally decided the cat had squeezed through a small hole he had made behind the computer to run all the wires through the wall for the internet that he hadn’t covered up yet. Small enough for a cat, but not big enough for him to reach in.

Thankfully, I caught him before he ripped out the wall—and noticed the kitty screensaver she had installed on the computer that meowed incessantly. Even at six, she knew how to drive him crazy in the sweetest ways. We laughed about that one for a long time. A really long time. And he would retell that story to anybody who would listen and they would laugh, too, because the joy he found in her radiated in his voice as he spoke.

I think it’s why he hid Kit Kats in the safe. Because there were some things that were just for them.

Yes, secret handshakes. Nonsensical song lyrics. 80’s rap. Inside jokes and chocolate. Funny television shows, baseball games, scary movies, hide and go seek, dance parties, snowmen, computer games, lost cats, and that cross necklace. The one he wore every day, and the same one she placed in his hand as she held it when he died.

But, I am so tired. Still. I am so tired. And, in some ways, I am still so sad. And sometimes, it feels like everything weighs a million pounds, including a genuine smile.

It’s not easy shifting gears at the end of a long, overwhelming day. It’s not easy listening to a long story. It’s not easy sitting still for whatever incredibly creative thing she wants to try next when there is always so much on my mind. I try, trust me, I try, but I imagine she still yearns for a simpler time when it was just her and her dad being as silly as they wanted to be without worrying about anything but the joy in the moment they were in.

And then, just when I thought she was never going to feel that again, along he came. The man I affectionately call, ‘Saint Jon,’ who would be hesitant to agree with that name. Yet, with him came all the things. The inside jokes, the laughing, the silly heartfelt moments. The protection, the alliance, and the loyalty. The willing victim. The quesadilla maker. The facial tester. And, above all, the smile. That genuine, happy smile.

She’s not a little girl anymore and he isn’t trying to be her dad.

But, he is doing an amazing job being her Jon.

I hope you all find your Jon someday. When it’s right, and when you’re all ready to be happy again. Strange statement, I know. But happiness after loss comes at YOUR pace. Not anybody else’s and not when somebody else thinks it should happen. And how you find that happiness is also up to you. I know we’re all supposed to find happiness in ourselves and in a perfect world, I guess we will. But, I also don’t think there’s anything wrong with finding it in a job, in school, another person, a hobby, or a pet, and there is especially nothing wrong with finding it in chocolate.

Grief is tricky. It really is. There is no good rulebook on how to navigate it. Give yourself a break. Take all the time you need. And surround yourself with the people who make your heart a little less empty. You won’t regret that, I promise.”