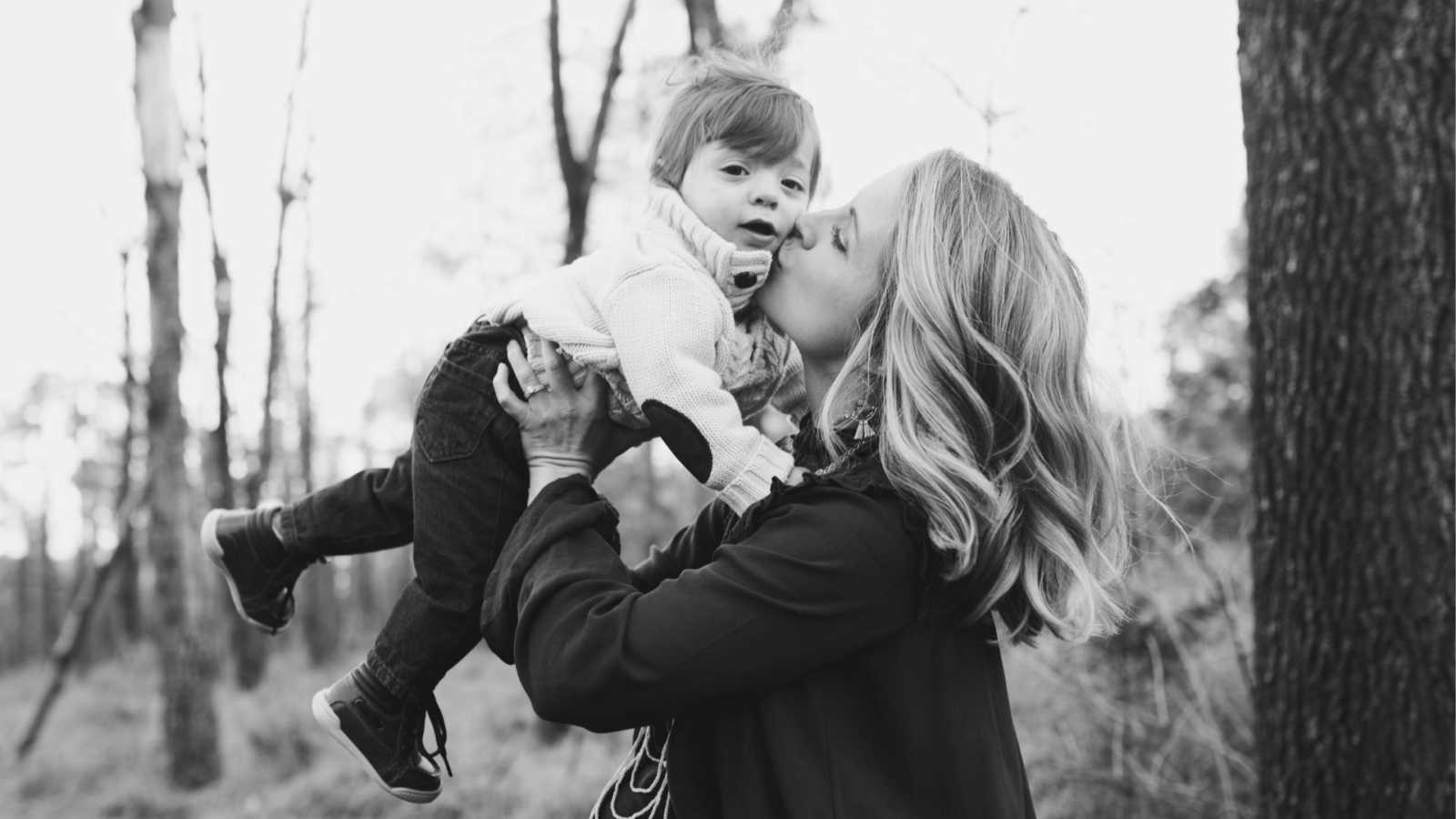 “We need to talk about discipline. Particularly discipline and special needs children.

My oldest son has Autism and a handful of other diagnoses.

Then my life exploded. A handful of close deaths. My husband left our family, leaving our family home. It was two years of pure chaos.

This is when my son started to have behaviors at home. At this point I was a single mom with three kids. One with special needs and two young children (one being a newborn).

But, isn’t that a common theme among special needs parents? The feeling of being swallowed whole?

Whether it’s at the initial diagnosis, or when behaviors or symptoms worsen, or when major life changes occur, the child with a disability takes the changes 10000x harder than a typically developing child would. We seek out traditional therapies and counseling and services. Sometimes they work. Sometimes they simply don’t.

Back to discipline and my son.

As I swam to the top of the mess that my life became I was greeted with the overwhelming message (from everyone) of:

‘He’s out of control. You need to discipline him. This is your fault.  (This one was a common one). You didn’t discipline him when he was little and now it’s too late. He’s manipulating you. He’s controlling your life.’

And, there was a lot of police involvement. A lot of trips to crisis. A few inpatient episodes.

Each time I tried disciplining my child the way society screamed at me that I should, my child broke down. It was then on me to protect my other kids. Protect my self. Protect property. Protect everything from a child going berserk.

Next, it was also on me to find someone to essentially throw my other two kids at so I could follow the ambulance to crisis. Where we would sit, for days and days.

What people on the outside don’t understand is that (most) of the time (for children like mine) crisis doesn’t work. Inpatient doesn’t work. State counseling and service coordination doesn’t work. There isn’t a magic wand of this is what you should do, a manual of follow these steps to fix your child.

If I would have stayed with traditional discipline, it would have broke my child.

It would have broke me. There is no doubt in my mind.

Four long years later and some days I’m still drowning. Some days I’m floating along. And, some days I’m dry on land. (Those days I think I actually know what I’m doing.)

My son has BIG feelings he can’t always control. And, BIG ways of expressing those feelings.

My son is 14 now. There was an issue recently with someone new in our life. My son was wrong. Plain and simple. Wrong. No one in our immediate circle was necessarily surprised at what my son did. We have all seen the worst of the worst. We remember the nights of needing to call 911 with such desperation in the call that 8 officers would respond.

The new person wanted me to punish my son the way one would punish a typically developing 14-year old. I explained over and over that wouldn’t work and why. I explained our trips to crisis and the lack of accomplishing anything. I tried to explain years of living with broken systems to someone who had no idea.

Because, let’s be real, it’s human nature to go back to,’if that was my child I’d do this’ or ‘I’d never deal with that’ or ‘it’s all your fault because you’re parenting all wrong.’

My 7-year old started having behaviors. I started with strict ‘no.’  Recently, he lost PlayStation for the night because he was naughty. He whined and told me I was unfair and so forth but within a few minutes he said okay and moved on.  I’ll spare the details but that is NOT how it would have gone with my oldest.

After everyone went to bed and I replayed the day in my head I had a moment of (wow).  It’s not my fault my oldest responds the way he does. It’s not my fault I changed expectations based on ability (which to an outside looks like a lack of discipline).

I was talking to another parent of multiple children. She has an adult child with mental health and behavioral issues. She also has a daughter who is early 20s and super successful. She shared people will often tell her how she ‘really did well with that one.’ Her response is ‘I didn’t parent any of them extraordinarily different’…. ‘I am no more responsible for ones success then I am for another’s failures.’  She ended our conversation with, ‘You can’t parent away mental illness. You can’t discipline away behaviors as a result of disabilities…if only we could and if only people would get that we can’t.’

You can’t truly understand what you don’t live. It’s not possible. Some things you have to see and feel and be in to understand.  But, every single person on earth can be kind. And understanding.

Walk a mile in my shoes, see what I see, hear what I hear, feel what I feel.. THEN maybe you’ll understand why I do what I do. ‘Till then, don’t judge me (unknown source).”

This story was submitted to Love What Matters by Jacqueline Waxman. You can follow her journey on Facebook. Submit your own story here and be sure to subscribe to our free email newsletter for our best stories, and YouTube for our best videos.

I Didn’t Know I Was Autistic Until Age 25, And It Was Terrifying

‘I whipped around fast. ‘You leave him ALONE.’ He covered his ears, flapping his arms. The man snickered under his breath.’: 70-year-old woman thanks special needs mom for opening her eyes to autism, ‘You taught me patience and kindness’

‘You’re hired!’ His face lit up. My boy was smiling. He cannot read social cues and gets easily overwhelmed. He has no restaurant experience. But they gave him a chance.’: Mom thanks restaurant for hiring son with autism, ‘There are still good people’