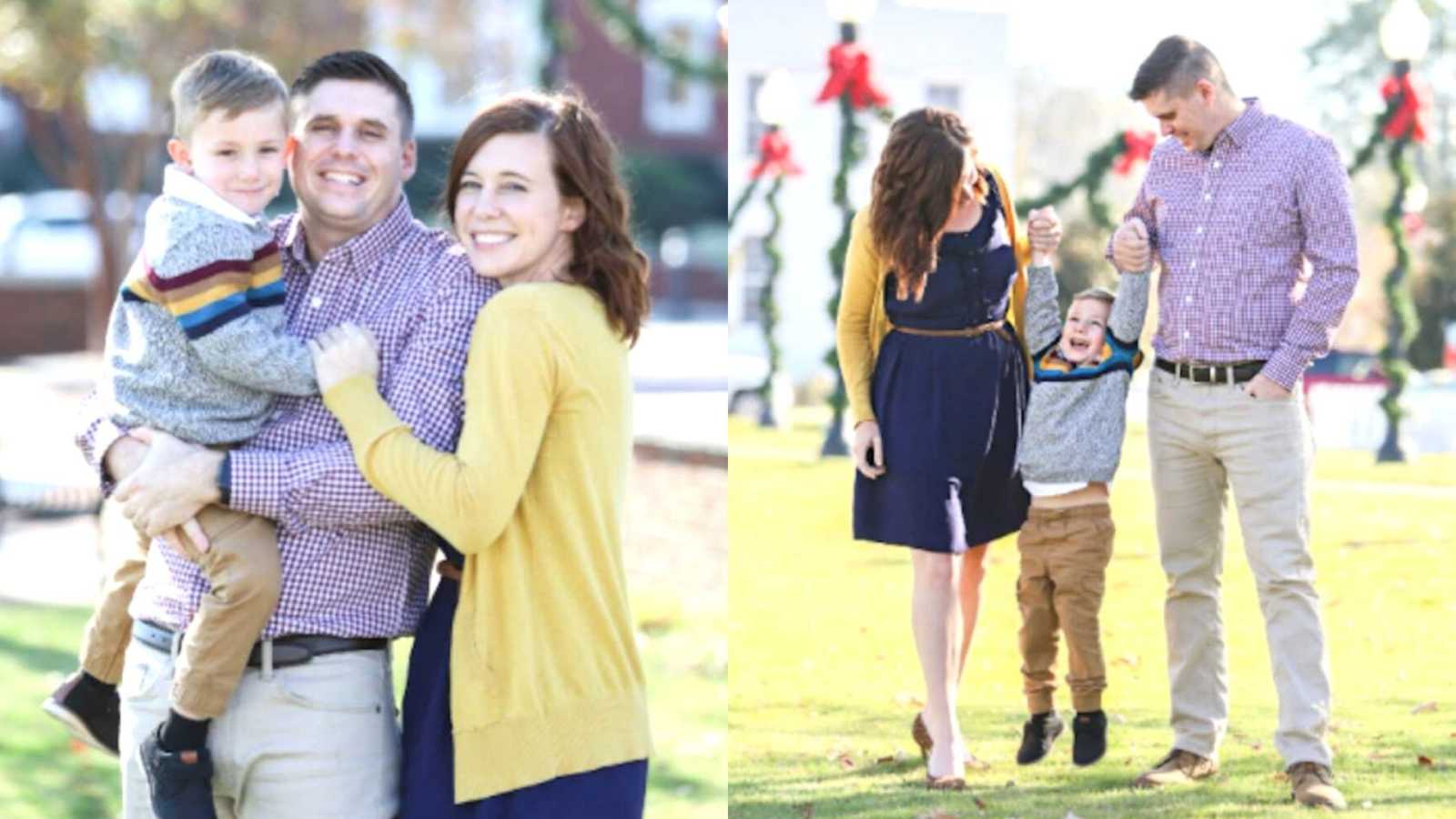 “My knuckles were white as I gripped the steering wheel. My cheeks were red from a mixture of anger, frustration, and embarrassment, and I was fighting back tears. Danny, my 6-year-old foster child, sat obliviously in his booster in the backseat, singing to himself while looking out the windows. He was an unusually perceptive child, as many children in foster care are, and I was desperately trying to hide my brimming eyes as I drove him from court to school. I found myself using the coping mechanisms I had been teaching him whenever he started to lose his ability to self-regulate: ‘Deep breaths, Malerie. Deep breaths.’

We had just left what was likely the shortest court date in the history of foster care court dates. Danny’s mama, who was working hard toward reunification and was anticipating his return, had driven for 3 hours to be there. But this was no ordinary court date – the judge had called us to court in response to a letter I wrote to him. My foster child’s court-appointed guardian ad Litem had neglected her duties as outlined in Alabama law, and her failure to follow through on the ruling of the judge was directly and negatively impacting Danny. When our local foster agency ignored my repeated requests for help navigating the issue, I turned to the only place I could think: I wrote a letter to the judge.

Court is an intimidating experience, especially as a fledgling foster parent. Danny was our very first placement, and when I had stood for the first time a few months earlier in the middle of a wood-paneled room filled with attorneys, a robed judge, Danny’s birth parents, and numerous county representatives, I felt so small. I am bold by nature and an educated woman, but I was out of my element here. I generally try to avoid any kind of action that would place me in front of a judge. And now, as a result of my advocacy, I had been summoned back. Summoned.

As fate would have it, our juvenile judge to whom I had written had called out sick that day and another judge ruled in his place. He had skimmed my letter, he said. He told me Guardian ad Litems were hard to come by in our region. And then he confirmed what I had already suspected was a sentiment in our county: the judge told me I essentially had no rights as a foster parent in the courtroom and Danny’s court representation would stay as-is. In less than 5 minutes, Danny, his birth parents, and I were ushered out the heavy doors with ‘justice’ in hand. As I drove Danny back to school, I was overwhelmed by how powerless I felt. I had taken this issue to the most powerful voice in our county’s foster care system, and my concerns were minimized and dismissed. The professional paid to advocate in Danny’s best interest was consistently failing him and no. One. Cared. I had tried to appeal to our bureaucracy and legal system to uphold Danny’s rights, and I had come up empty-handed.

But if there is one thing I know about myself, it’s I am not one who, when faced with adversity or injustice, shrugs my shoulders and attends to easier tasks. This inner fire is what had driven me to become a foster parent in the first place – my husband and I decided we would use our home and resources to care for some of our community’s most vulnerable children, to protect them, love them, and support their families in their restoration in whatever way we could. This experience fanned this flame a little brighter. If I couldn’t get Danny what he needed within the system, I was just going to have to figure out how to change the system so kids like Danny could get what they needed. After all, as theologian Dietrich Bonhoeffer reminds us, ‘We are not to simply bandage the wounds of victims beneath the wheels of injustice. We are to drive a spoke into the wheel itself.’

I started to research opportunities to address shortcomings in the child welfare system, and time and time again, my search led me to careers in public policy. Within a month, I had applied to Auburn University’s Ph.D. in Public Administration and Policy, took my GRE, and had received my acceptance to begin my studies in the fall of 2019. What began as a goal to simply use my love and circumstances to provide a family for a child who needed it had essentially hijacked my entire life – my home, my volunteer interests, my social media feeds, pretty much every conversation, and now my career ambitions. I embarked on this journey to change lives and found myself transformed in turn.

If someone had told me 10 years ago that I – perfectionist, overachiever, Type A, planner – would transform my life into a rollercoaster of heartbreak and healing, unpredictability, and a complete lack of control, I would have laughed out loud. A piece of my heart left when Danny returned to his mother after 8 months in my home, and I simultaneously feel overwhelmed with joy when she updates me (still!) of his progress at school, recounts his wins on the football field, and sends me pictures of him with a gaping smile where a baby tooth once was. She is one of the strongest people I know, and she has built a beautiful life with him. I sit in the tension of losing a child I loved with all my heart and the absolute gift of seeing him return to the woman who gave him life and loves him in a way I never could. I am learning to not be afraid of grief, but to embrace it and all its facets as a part of this messy life as a foster parent.

I am also noticing my desire to be liked is fading in comparison to my desire to bring change. When you are advocating for children, when you are trying to mold a system into something better than it was, you will inevitably come up against people who want to maintain the status quo. You can be a world changer or a people pleaser, but you can rarely be both. You may have to stand in front of people with far more power than you, with a voice that shakes, and say what needs to be said. I have found the key to accessing that courage is remembering your ‘why.’ I keep Danny’s pictures nearby. He is happy and home, but his pictures remind me 445,000 children in our nation’s foster care system still need people to fight for them and their families.

After Danny left, my husband and I paused to heal and became foster caregivers for a while. During this season, we met a child who, in an unexpected turn of events, became a long-term placement. In November of 2020, amidst a full-time Ph.D. program, my husband’s work promotion, and a pandemic, this special boy became our son forever. The world of foster care has often been ‘inconvenient’ in its timing, and it has rarely gone as planned. But I have observed the safe, controlled, predictable life I used to prefer would have left my life void of some of the most beautiful, soul-filling, heart-transforming experiences and gifts I now have.”

This story was submitted to Love What Matters by Wes Roberts from Alabama, USA. You can follow their journey on Instagram. Do you have a similar experience? We’d like to hear your important journey. Submit your own story here. Be sure to subscribe to our free email newsletter for our best stories, and YouTube for our best videos.

‘There are other ways to be a mother.’ I was so angry. I wanted to be a mom the ‘natural’ way.’: Woman becomes foster care advocate, ‘I never expected my heart to change’

‘The ministry called. ‘We have a boy and a girl. Would you be open to adopting two children?’ WHAT? Could this be real?! We were moved to tears.’: After 11 miscarriages, failed surrogacy, couple adopt 2 kids from foster care

‘We received a call. ‘Do you want to adopt all 5 siblings?’ It was an instant, ‘YES!’ We told our babies they were finally safe, that we would never harm them.’: Mom of 4 adopts 5 siblings from foster care after miscarriage, twin loss, ‘They have healed my heart’

‘The nurse broke the news over the phone. ‘There’s no way to do a burial.’ My baby was placed in a round, plastic dish and simply sent off somewhere.’: Mom of angel baby urges ‘miscarriage matters’ after hospital negligence