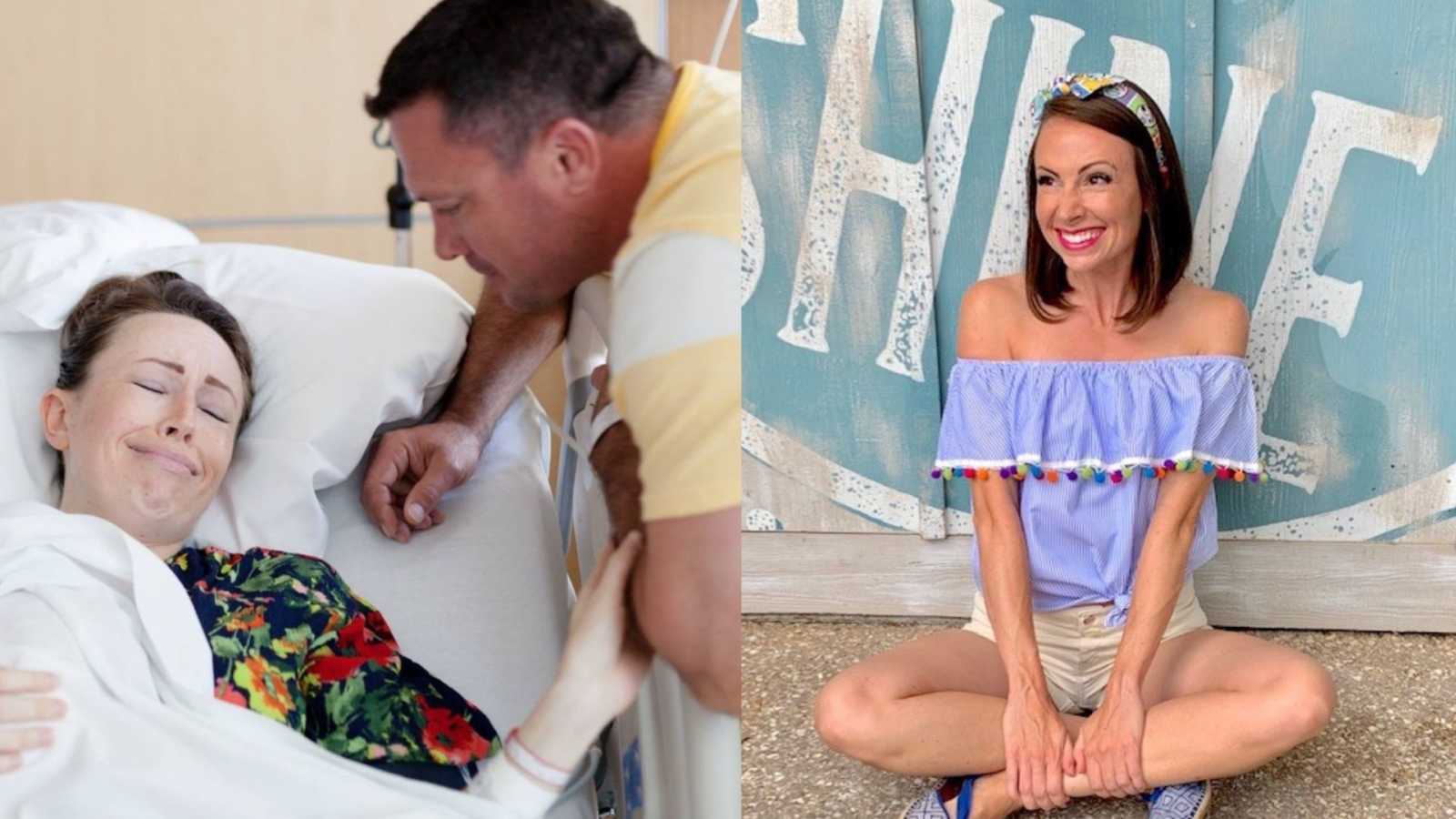 “It wasn’t what I’d planned for when we said, ‘I do.’ Our relationship has always had difficulties but that’s normal, right?!

We’ve always had a good time together. He has a dry sense of humor and way of joking and has spent the past 8 years trying to push my buttons. I’m more of a comedian and make obvious jokes, which he is too serious for. Our marriage looks perfect on social media. We always believed in keeping our issues private so that after we worked through them, we wouldn’t leave a trail of friends and family questioning our relationship.

We’ve traveled to fun, amazing places like Mexico, Morocco, Italy, international cruises, and various places in the US. Our wedding day was perfect and intimate. But behind the façade of photos were some underlying issues that left me with a bad taste in my mouth, even during some of our most amazing adventures.

Aside from trips, we’ve lived a whirlwind of a relationship. When we first met, I was working and he wasn’t. I was spoiled to come home to dinner every evening and be greeted by his smiling face. When he started working again, he began traveling full time. I was heartbroken. My companion was never around anymore and I had such mixed emotions. Eventually, I settled into a routine when he was away and I became used to that.

For three years we struggled to try to get pregnant. Any couple who has battled infertility knows how emotionally draining that time is. I felt hopeless and he tried to be my rock. In the very beginning, we got pregnant and endured a miscarriage. It was earth-shattering. He was away for work and I suffered through contractions and got myself to the hospital alone. Even after all of that, we were hopeful that we would conceive again quickly and that just wasn’t the case. It put a strain on us but we tried to press into each other instead of letting it tear us apart. Infertility wasn’t part of our plan.

Finally, we conceived and had the most perfect little boy. Our son is amazing and became the light of our life. Before parenthood, I always said, ‘We need to keep our relationship at the forefront, even after we have kids.’ My husband is a very amazing dad and after a short while, I started to feel like I was put on the back burner. We moved to be closer to his job, so he could be home every day, and instead of that easing some of our frustrations, it added to them. After so many years of being apart regularly, suddenly we had to get used to each other again. I was failing him because he was expecting me to prepare a home-cooked meal every day while also juggling maintaining a home and breastfeeding our son. Our realities were very different.

I never wanted to change him or for him to feel like I needed to change but the fact of the matter is, something had to change. I sought out counseling. We talked about things. We’ve been talking about them… for years it seems like. My intention isn’t to air my grievances (and I know I own the problems too) so I won’t go into detail about our issues but things weren’t getting resolved. We were both miserable. His answer was always that ‘it will get better.’  And if that wasn’t the answer, then the answer was that ‘if I was so miserable, I should leave.’

I don’t ‘believe’ in divorce. I don’t think it’s what God had intended and I know God can heal broken marriages. The word ‘divorce’ even makes me uncomfortable. I always tell people that we are ‘going our separate ways.’ But to be totally honest, I just couldn’t keep trying anymore. I had watched myself, the core of my being, drift away over the years. I never cried anymore and felt emotionless. I was just at a loss of what to do. This wasn’t a decision that was made overnight. It was made after half a decade of knowing something just wasn’t right between us.

My biggest fear is/was not being able to co-parent well. I’ve witnessed a tumultuous co-parenting relationship and that’s the opposite of what I want to expose our son to. I want him to grow up with two or more loving parents who support him, come together to rally around him, and can agree on what they think is best for his life. The whole reason I decided to make the move of separation in the first place, while he was at such a young age, is to minimize the effects on him. I could’ve lived out the rest of my life, in a sub-par relationship and been okay. But the last thing I want is for him to grow up seeing a picture of marriage as being broken. I don’t want him to hear the snide comments and witness the lack of affection. So why would I want him to have his parents be divorced AND fighting with each other?! That’s even worse!

We are working hard to stumble through the process amicably. It’s not easy. It’s heartbreaking and lonely and freeing and terrifying. I hadn’t worked since our son was born so when I bought my house and moved out of ‘ours,’ I didn’t have a job. There were so many unknowns. Neither of us has nearby family or close friends so we truly have no one other than each other to turn to. Fighting over every last penny or asset doesn’t seem worth being able to get along well enough to communicate. Keep the dumb TV- I’d rather be able to do things together for the sake of our son than be bitter over getting or not getting something.

Together, we sat down and agreed on how to split most everything. We drafted up our custody arrangement and parenting plan completely on our own. It went so smoothly that I almost wondered if I was making the right decision but you want to know what gave me peace? Ironically, what gave me reassurance is that there was never a conversation of, ‘I love you so much. I’ll do anything to make this work.’ That feeling just wasn’t there, I guess for either of us, and it gave us some closure in a way. We can get along as partners, we can put our emotions aside and handle business, we can put our son first- we just can’t spend the rest of our lives together in that same capacity.

Since moving out, we’ve done a handful of things together as a family. My husband went with us to look at houses and gave me his input- after all, he knows what I like better than anyone else. When my air conditioner broke and I waited a week for a replacement, my husband was gracious enough to let me sleep in the spare bedroom. Of course, that happened to fall on Mother’s Day weekend so we went out to dinner that evening as a family. We’ve taken our son to school and picked him up together at least 10 times. We spent a morning playing at the beach. I cherish those times because I know our son does too!

Just because our son is young, doesn’t mean he doesn’t understand some of the changes. Sure, we haven’t had to have a conversation with him explaining it all but now he has wrapped his mind around mommy’s house and daddy’s house. He has taken the transition SO WELL. He doesn’t cry for either of us- he just relishes in the time he has with whoever he’s with. I’m sure he will have his moments as he gets older, but hopefully, we can work through them and have the answers he needs.

There are so many circumstances surrounding divorce and endless scenarios. I know not every situation lends itself to the same outcome but I do believe that if we try to be the bigger people and pick our battles, we can see a positive outcome. This wasn’t what I had planned but it’s reality and I’m thankful for friends, family, and a spouse who I can turn to as we stumble through it. It’s not ever going to be ‘over’ and that is daunting, but if we truly stay focused, I think we can have a healthy dynamic.”

This story was written by Rachel of Orlando, Florida. You can follow her on Instagram here. Submit your own story here, and subscribe to our free newsletter for our best stories.

‘We were court ordered to conduct drop offs and pick-ups at the police station. We were a mess. A disgrace. I knew this wasn’t healthy for our children.’

‘No, we are not a same sex couple, but we do share a daughter. Not only did I gain a daughter, I gained a brother and a best friend.’

‘I was okay with him having a daughter, but NOT an ex. ‘I wonder where she’s sitting? Are they on the same couch? Why hasn’t he texted me? They’re back together, in Vegas getting married.’