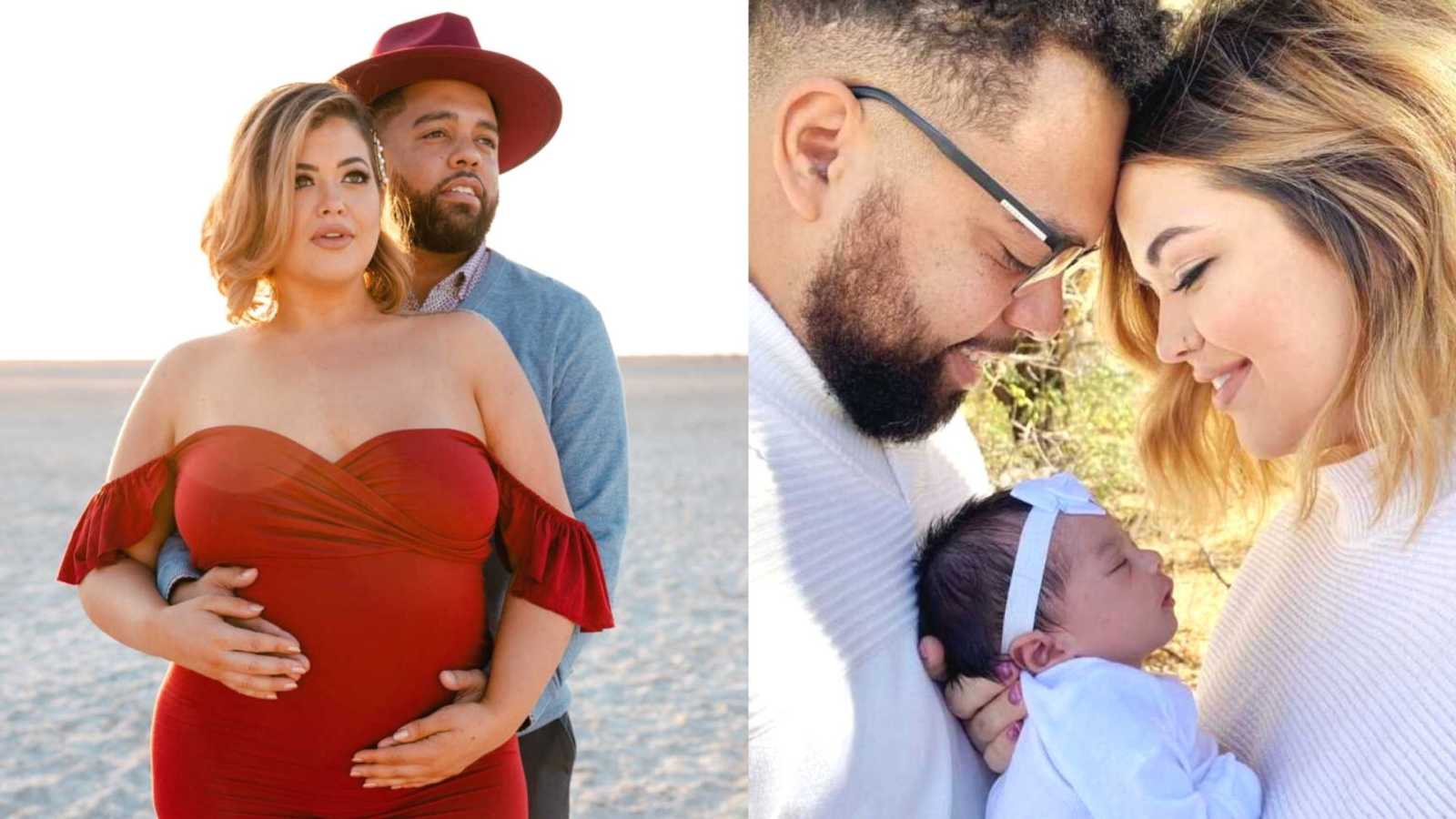 “I’ll never forget that painful moment when the nurse closed the door behind her and I looked over at Mike, my partner, as he broke down.

We sat there in disbelief, sobbing in each other’s arms. It seemed like only seconds had passed before the nurses returned to administer the medication that would terminate our pregnancy. A shot in each leg, leaving me crippled with an emotional pain I had never experienced before.

I had discovered I was pregnant only three days earlier.

I was overjoyed at the thought of starting a family with the person I loved most in the world. In those three short days, I already made cheesy pregnancy announcements for Mike, my mother, and my sister.

The excitement was short-lived when I started to bleed the morning of that third day.

I had a sinking feeling in the pit of my stomach all day, even though everything online said, ‘bleeding in early pregnancy CAN be normal.’ But I just couldn’t shake my fear and we ended up making a visit to the emergency room when I got off work.

A visit to the ER is never enjoyable, but it is exceptionally agonizing when you’re waiting to find out the fate of your future family.

After hours of waiting, tests, and scans, the doctor said, ‘You’re experiencing an ectopic pregnancy.’

In ectopic pregnancies, there is nothing that can be done to relocate the pregnancy to the uterus and in my case, required termination.

Over the next two weeks, my blood was drawn a few times to make sure my pregnancy levels were dropping. They were not. During that time, the pregnancy continued and a heartbeat had even developed.

On Thanksgiving morning, at 1:30 a.m., I was sent to surgery to remove the ectopic pregnancy, my right fallopian tube, and an estimated thirty percent of my fertility.

As a woman approaching 30 with no previous children, I was terrified my dreams of a family were lost in that operating room.

The next few months were emotionally exhausting as I grieved the loss of my angel baby. I felt angry at my body because it couldn’t do what a woman’s body ‘should’ naturally do.

After a few short months and one of the most painful tests, I was cleared to attempt pregnancy again. It took only one month to get that positive test, but this time I didn’t let myself get excited. There was no cheesy announcement, only the worry of a repeated loss.

My pregnancy care started earlier than normal so we could track that things were on the right track. I made it to 9 weeks before I hit the first bump in the road.

After feelings of dizziness and pain in my legs, my doctors ran more tests and said, ‘You have blood clots in your lungs and legs.’ I would spend the next 9 months injecting blood thinners twice a day.

Despite this complication, the pregnancy was progressing as normal. At week 13, I opted to receive genetic testing, mostly so I could find out the sex of the baby before the halfway point. My results came back and told me I would be having a baby girl.

However, that baby girl had a high risk of having Turner’s Syndrome. Once again, my world began to spin out of control. I fell into a rabbit hole of researching Turner’s and asking myself, ‘Will I have the chance to deliver a healthy baby?’

At this point, my pregnancy became high risk and we would be monitored more frequently. I would visit my OB and maternal-fetal medicine every two weeks. Because all of my pregnancy was occurring during the onset of COVID-19, I would be forced to attend most appointments alone.

Before each appointment, I would sit alone and prepare myself for the worst-case news from the doctors. With every passing week, the survival of the baby increased, but I continued to struggle with becoming attached to the baby growing inside of me. Even in the moments I felt her moving or saw her on ultrasound, I thought, ‘What if I lose her?’ The thoughts made me ache with pain.

The days and weeks passed and finally on October 4, 2020, at 4:21 a.m., Mykee Reign made her earthside appearance. She was six pounds and nine ounces of the most incredible love I’ve ever felt.

When they laid her tiny body on my chest for the first time, all the grief and pain of the last year was released from my soul. She was born perfectly healthy and the genetic test causing so much stress was actually incorrect.

As I sit nursing my now five-week-old baby girl, I’m overwhelmed by the amount of love and gratitude I have.

Because of her, I regained my belief in God and miracles.

Because of her, I’ve grown my relationship with her father.

Because of her, I’ve become a new person.

Because of her, I’m a mother. It is the greatest thing I’ve ever done.”

This story was submitted to Love What Matters by Cheyenne Russell. You can follow her journey on Instagram. Submit your story here, and be sure to subscribe to our free email newsletter for our best stories.

‘You alright, mama? It’s a beautiful day!’ He was right. We were about to meet our angel baby.’: Mom welcomes rainbow baby on exact same day she birthed stillborn year prior, ‘the most special sign I’ve ever received’