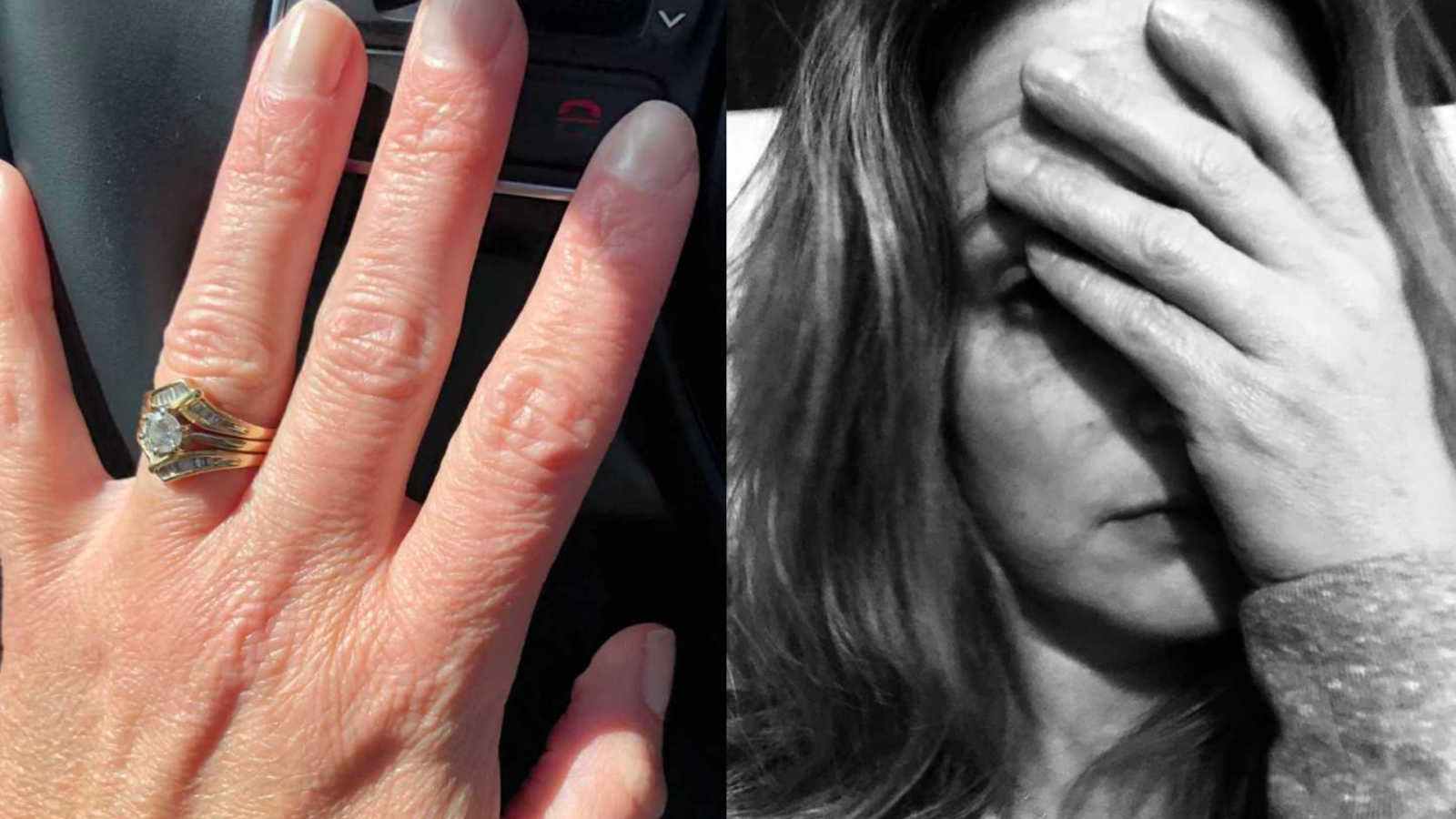 “It was an average weeknight. We had dinner as a family, the kids and I laughed and told stories, but I noticed my husband hardly said a word. As soon as dinner was over, he went up to our bedroom. Later that evening I went to check on him and then began my descent into the longest, ugliest journey of my life. I asked him what was wrong and he looked me in the eye, held my hand, and rubbed my wedding ring. He said, ‘I don’t love you anymore, and I don’t think I want to be married to you.’ It felt like a sledgehammer hit me in the chest and all I remember saying is, ‘you don’t mean that.’

In the three months that followed my husband became a man I did not recognize. I started referring to him as Jekyll and Hyde. I never knew who was going to show up. He was emotionally cold and distant. He would cut me down consistently with many verbal assaults. At other times he would say ‘he’s trying to make our marriage work, but he’s looking for a connection between us.’ During this period he moved out of our home, but still would come to visit on the weekends and wanted date nights. I didn’t understand any of this, and I was desperately trying to save my marriage so I was doing whatever I could to make him happy. I really thought he was just going through some kind of weird midlife crisis. He worked second shift and I had so many moments when he was working where I would get this funny feeling in my gut and just felt the need to escape our house. I would find a quiet park bench and try to make sense out of all that was wrong in my life. My faith in God is what saw me through this dark lonely period. I would pray all the time for a miracle in my marriage. 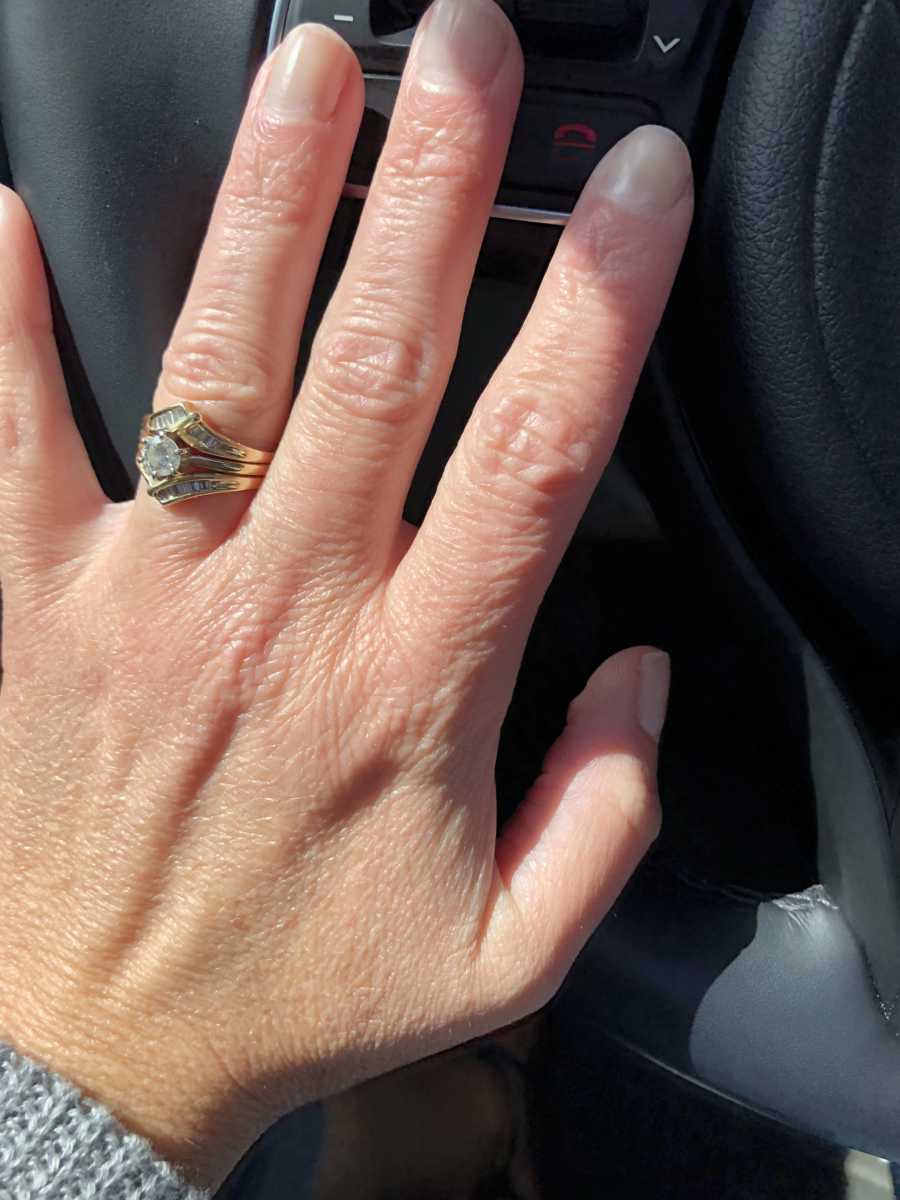 About three months into this nightmare and completely frustrated, I decided to request a detailed cellphone bill. That’s when our story changed. I logged onto our account, brought up the bill and my stomach dropped as I saw the same phone number on page after page. This phone number was for text messages and calls. I immediately looked this phone number up and discovered it was the woman he told me he had deleted from Snapchat and had no contact with anymore. We had fought over this woman because I told him how inappropriate it was that he was Snapchatting with a single woman so frequently. He would dismiss me and tell me they are ‘just friends’ and ‘you don’t understand.’ At some point, to reassure me, he told me he had discontinued contact with her.

I immediately called him and confronted him over the phone about this woman and of course he was defensive and said, ‘We are just friends.’ I hung up and was agitated. I was trying to figure out what I believed. And then minutes later, he showed up at our house. ‘We need to talk,’ he said. He sat me down, held my hands, took a deep breath and told me he had been having an affair with this same woman. I remember feeling completely numb, I remember thinking this isn’t real, this isn’t happening to me. Finally though, everything made sense – but didn’t really. I once again felt like a sledgehammer hit me in the chest, I just felt like I was in a bad dream. I stayed calm, eerily calm, and asked basic questions about the affair. I needed to know how many times, when, where, and just why? He claimed he loved me and it was all a mistake. I didn’t want to be around him and told him to go to work. I needed to be alone.

It took me all of a few hours to decide I wanted to stay married to this man. In that moment, I hated my husband, but I also wasn’t ready to throw away 24 years of marriage because of 6 terrible months. I wasn’t ready to break up my family. We created this beautiful life together, or so I had thought. I called him and told him I wanted him to move back home that night. I knew I never could have worked on our marriage if we were forced to live apart. I remember him saying that night after work, ‘How are you not screaming at me right now?’ Honestly to this day, I’m not sure. I think I was in shock.

The first month after disclosure was absolute hell. A few days in, we had a horrendous fight and we both screamed at each other we wanted a divorce, but after sleeping apart that night the next morning we both held each other and told each other how much we loved the other. During this first month my husband was hot and cold towards me, he called a divorce lawyer for consultation and would bring up the subject of divorce a few times. But I was determined to save our marriage, I was the cheerleader telling him we can do this, and begging, ‘please let’s try.’ Unbeknownst to me, he was still seeing her, he just got better at hiding it. He would give me his personal phone to check, but leave his work phone in his car, which is how he continued to communicate with her. He would also see her at work, and steal kisses in the hallway.

The second month he came clean with me and told me how he had still been seeing her but that he was ending it again. This time, I was the one that said, ‘I’m done, I can’t do this anymore, I don’t want to live with a liar.’ I also told him, ‘It’s up to you to figure out how to save this marriage now if you still want it.’  And then I booked a visit with a divorce attorney, but I just couldn’t bring myself to file. We both stayed in the same house but slept separately. This second month was rough – endless fighting, endless tears, but I kept my faith in God that He would see us through somehow, and I never stopped praying. Somehow neither one of us threw in the towel.

By the third month he changed, he became apologetic, empathetic, and promised me he would be there for me and not give up on us, no matter how tough things got through our journey to recover from infidelity. ‘I am all in this marriage, I want you, I choose you,’ he said. I needed that… I had no strength left to fight anymore. He told me, ‘I don’t want to do this life without you.’ 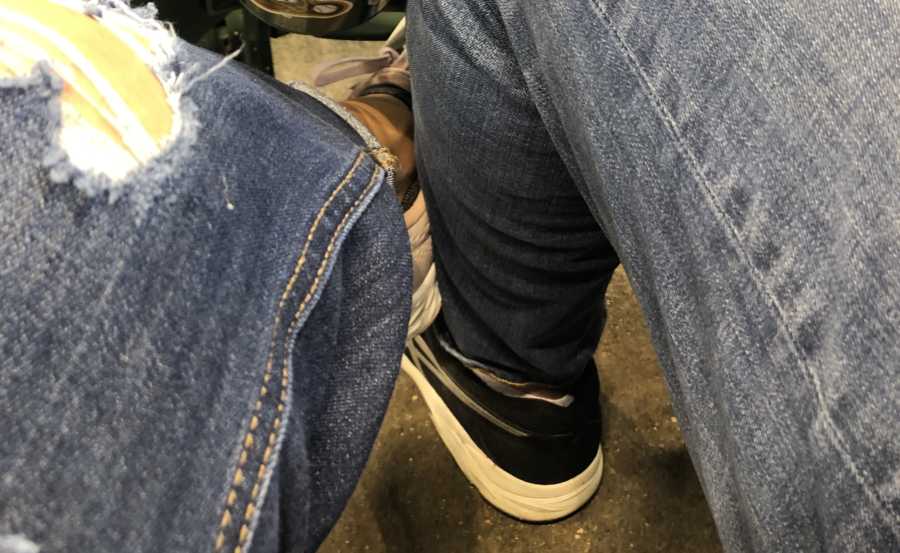 It has been eight months now since I found out my husband had an affair. I can honestly say I love him, and I want to spend the rest of my life with him, but I’m still working on trusting him, and forgiving him. He has kept every promise he made to me when he finally decided to commit to me again. I understandably have been an emotional mess through this, but he has been by my side taking every emotional punch I threw at him, and holding me when all I could do was cry. Our love story might not be perfect anymore, but it’s ours, and it withstood an emotionally devastating storm that most might not come out of. We will celebrate 25 years of marriage in a few months and we will be renewing our vows to one another. I think this last year of marriage has taught me more about marriage than all the other 24 years.

If you can relate to this story on any level, I want you to know… I’m so sorry. No one should know the pain of betrayal. It cuts you to your core. The pain is indescribable!  But if you have any love for your spouse, and they are remorseful… you can save your marriage after an affair, your marriage will never be the same, you will never be the same. Your marriage might even be better. Life changes all of us in many ways – good and bad. I’m different now…. Now I love harder, now I really see people who are in pain and can relate on that level, now I have learned to stand up for myself so I will never be a victim again, now I realize I didn’t love myself back then, and now I’ve learned to appreciate every single good day I’m given. With lots of prayer and faith in God, I’m putting myself back together, I’m learning how to love myself and I really love who I’m becoming! And I love our new marriage, our marriage that was put back together with loads of honesty, lots of tears, so much love, and our faith in God.” 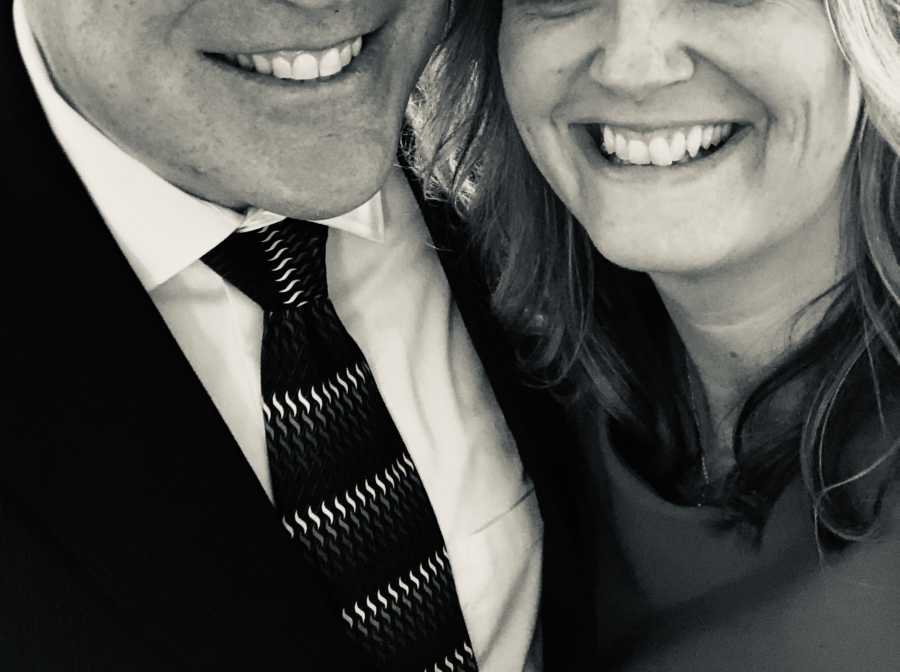 This story was submitted to Love What Matters by a woman who wishes to remain anonymous. You can follow her journey on Instagram. Do you have a similar experience? We’d like to hear your important journey. Submit your own story here, and be sure to subscribe to our free email newsletter for our best stories.

‘My cousin is pregnant and incarcerated.’ Could it be real? I told him, ‘This MIGHT be the answer to our prayers.’: Couple pens emotional adoption journey, ‘She WILL know where she came from’

“I took one look at her and said, ‘She’s perfect.’ We had to sit nervously and wait. It was the most nerve-wracking 24 hours of my life.”