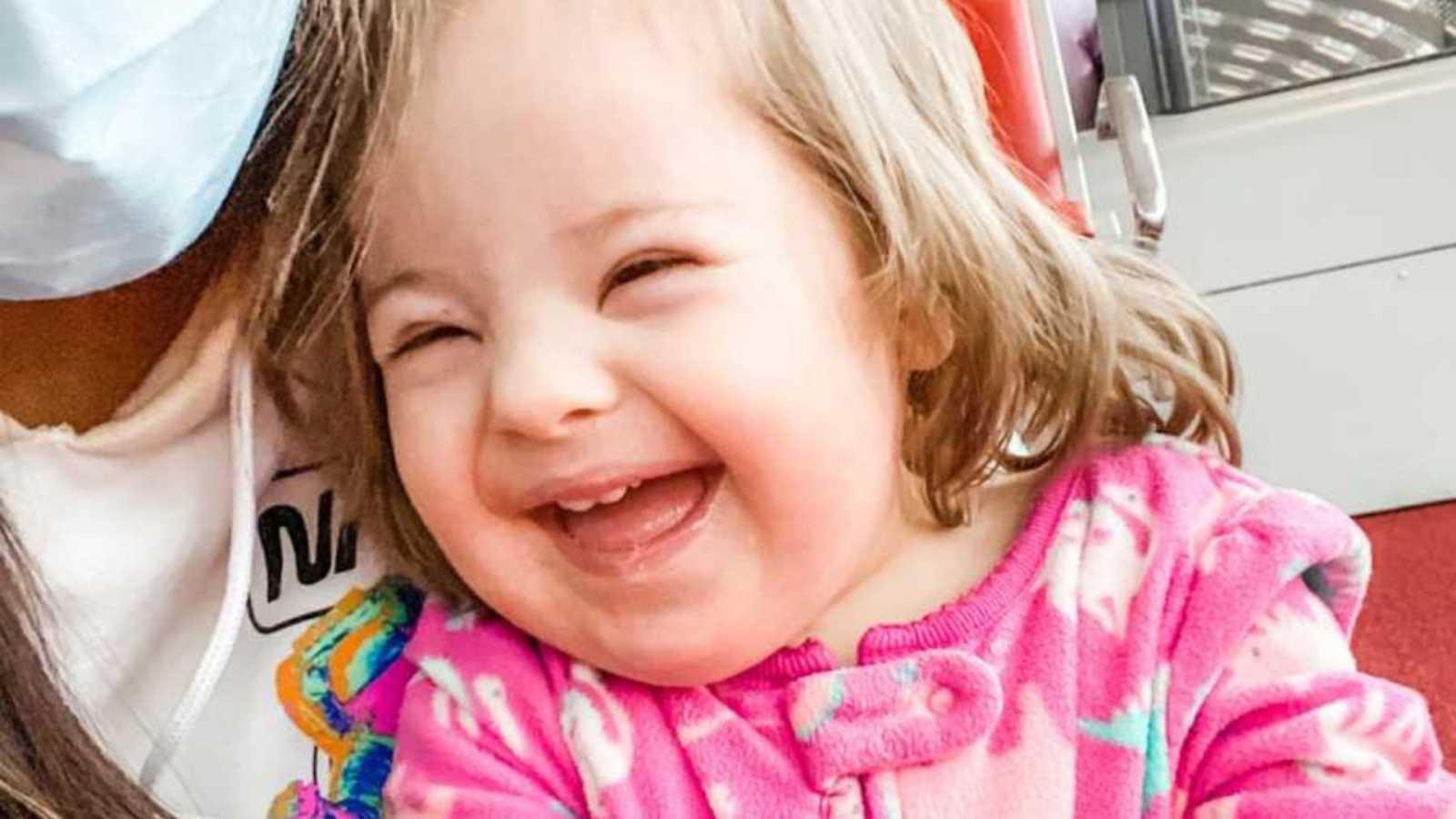 38 days ago, she walked out those orphanage gates for the first time—no longer as an orphan, but as a beloved daughter, sister, and friend.

/em·ber/: (noun) A small piece of burning or glowing coal or wood that remains after a fire; a spark. Emberlu Avetik is our spark, our lion-hearted little girl who burns brightly in spite of the circumstances of her past. She is the star of this story, the prize we traveled the world to hold in our arms, and having the front-row seat to her life is one of the great honors of my life.

Our adoption story began almost 2 years ago, in January of 2019. What we knew then was simply God was calling us to step out in faith—into the absolute unknown of international adoption of a child with Down syndrome—and while our ‘yes’ was both whispered and hesitant, we were certain of the journey because we trusted the God who was calling us to it. Faith doesn’t look like extraordinary people doing extraordinary things. It looks like flawed, broken, ordinary people trusting the God who makes the ordinary, extraordinary.

Our family was in no way equipped for the 2-year journey we were about to embark on, but God doesn’t call the equipped. He equips the called. In January of 2019, we signed on with one of the three adoption agencies in the United States that work with Armenia—a breathtakingly-beautiful, historically-rich landlocked country bordering Turkey, Georgia, Azerbaijan, and Iran. Its capital city of Yerevan sits in the shadow of Mt. Ararat, where Noah’s Ark landed, and the Armenian people are generous and kind, and show a type of hospitality unmatched anywhere else in the world.

Most of 2019 was spent compiling paperwork, and in late summer we had our first setback—we learned of an adoption scandal involving the director at our daughter’s orphanage. We were horrified to learn of children who had been bought and sold, illegal adoptions, and mothers who had their babies stolen from them, who had been told they died and then were adopted illegally to families overseas. The investigation surrounding this scandal stopped Armenian adoptions for several months, and we waited in absolute heartbreak.

Finally, in December of 2019, we received the referral for our daughter. For the first time, we saw her face. A month later, my husband and I boarded a plane and traveled 29 hours around the world to meet this little girl. We knew so little about her. We’d only ever seen one photo and looked over a one-page summary of medical diagnoses, but we stepped onto the plane in brave love, knowing our Polaroid of today was one small still-frame in the panoramic God was masterfully weaving together for our family. We spent 10 days in Armenia in late January, early February. As we walked through the orphanage gates for the first time, I could hardly believe the reality of where my feet were planted. We were finally standing in the moment we’d been praying over for the past year.

The moment Ember’s nanny placed her in my arms, this tiny, little girl reared way back and looked at me. She braced herself against my chest and studied my face, and as I smiled at her and whispered how much I loved her and introduced myself as her mommy, I thought for sure she was going to cry. But moments passed, and she didn’t. She just stared at me. Her dark brown eyes bore into mine, and the slightest smile crossed her lips before she laid her head gently down on my shoulder. That was it. That was our introduction as mother and daughter, almost as if she saw me and our souls knew one another—as if she was saying, ‘Oh!  There you are…’

We spent 10 days with Ember and the other children in her room at the orphanage. During that time, my heart broke over and over again as I played with, snuggled, and poured love into the faces of the other waiting children I knew no one was coming for. The reality of Armenian adoptions is they aren’t common. Only four completed adoptions occurred in 2019 to the US, and this statistic ran through my head and felt like a dagger to my heart as I held these babies in my arms and saw their desperation for physical touch.

I remember one little girl with thick, curly black hair who would crawl into my lap every single day and lean her head against my chest. I’d cradle her tiny body and sing, ‘Jesus Loves Me,’ over and over again while she stayed perfectly still in my arms. She was desperate for my touch, and she’d stare into my eyes as I stroked her hair and whispered truths—telling her she was beautiful and worthy, and how deeply loved she was by her Creator. I prayed over and over again my words would somehow anchor to her soul, that the love would overcome the darkness in her little life. I can barely handle the reality she is still there.

We left Ember one snowy February morning. Armenia requires two trips for adoptions, and we expected to return in about 8 weeks—mid-April—to bring her home. With tears in my eyes, I held Ember close the last morning in the orphanage and whispered how much I loved her, and we would be back. We never saw COVID coming.

It would be over 8 months until we saw our baby girl again. 8 excruciating months, separated by a pandemic, on opposite sides of the world. We received no photos, but we weren’t allowed any updates other than the occasional reassurance she was healthy, and we celebrated her second birthday without her. It was gut-wrenching and it was stretching and ultimately… it was the most beautiful reminder control is an illusion. We learned surrender. God was calling us to step into the deep end of the pool, not looking into the depths for something to grab onto, but trust He was holding us up. To trust He was holding her.

In September of 2020, we received the news we had our court date. We could travel to Armenia and bring Ember HOME. That day was met with incredible rejoicing, and we prepared our four kids (ages 9, 7, 4, and 2) for a month-long stay in a foreign country. It feels surreal to even type the words, but little did we know the roller coaster of our adoption wasn’t even close to being over.

2 days later, Armenia and Azerbaijan went to war over a disputed area between the two countries, known as Nagorno-Karabakh. Armenia declared martial law, putting all civilian activities under the control of the military. We were shocked, horrified, and absolutely uncertain of what this could mean for our court date. Was it safe to travel? Would courts still be running? We spent 2 weeks waking up every morning, holding our breath to see what happened across the world while we slept.

Ultimately, we did leave for Armenia on October 15 under the very real threat of war. We took all four of our children, believing with all our hearts this journey we began together is one we needed to end as a family. While the Western world has no frame of reference for the orphan crisis, we wanted the reality of the need to change them—to wreck them in the most beautiful way by breaking their hearts for the things which break the heart of their King. Our family spent a month in Armenia to finalize the adoption, and on November 4, we walked Ember out of the orphanage gates. She had spent 777 days as an orphan, but this was day one as a daughter.

We have been home now for just over a month, and every day we are amazed by this vibrant little girl who has stolen our hearts.  She is a sponge, learning new things every single day and demonstrating the most incredible bravery and resilience. She is absolutely her namesake; she is a spark. Our prayer for her life is God would use her to set the world ablaze, and her life would be a shining beacon for the truth—worth is not defined by chromosomes.

My daughter wears her disability on her face and we live in a society that will look at her and see less, but I have the great honor of teaching them to see MORE. She is not broken, she doesn’t need to be fixed. Her life is a masterpiece. This little girl is a literal Mona Lisa—a work of art—and a one-of-a-kind original created by the One who hung the stars in the sky. I look at her and I’m in awe of who she is. Her life holds immeasurable purpose and value.

Ember is not her disability. Ember has Down syndrome, it’s a beautiful part of who she is, but it does not define who she is. She is not her diagnosis, and while I wouldn’t change my daughter for the world, I’ll never stop trying to change the world for her. Loving Ember is easy. She is the gift, and I am profoundly and undeservedly blessed to be the one she calls mama.”

This story was submitted to Love What Matters by Mandy Breitenstein from Oregon. You can follow her journey on Instagram. Submit your own story here and be sure to subscribe to our free email newsletter for our best stories, and YouTube for our best videos.

‘He cried by the door. He was hoping we’d take him back. Our anxiety levels were through the roof.’’: Mom shares international adoption journey, ‘We can’t imagine life without them’

‘We were pregnant, adopting 3 children who didn’t speak our language. We were DOUBLING our family.’: Mom shares ‘crazy, life-changing adventure’ of adoption 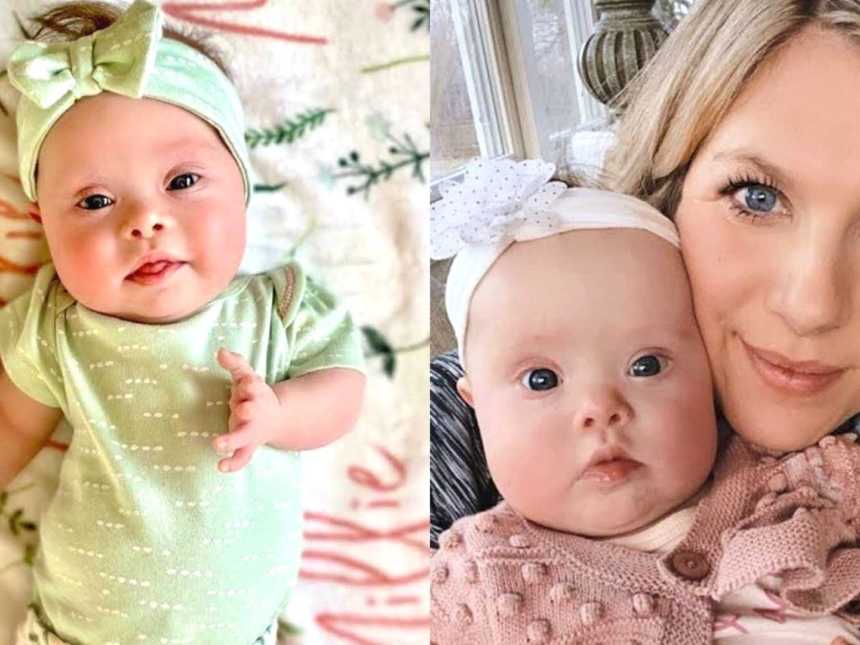 ‘I could barely get the words out. ‘Mom, what does this mean?’ In one moment, my life changed.’: Woman births baby with Down syndrome

“As I came out of the fog, I started looking at my life through a different lens. Although my life might change, it might change for the better.”