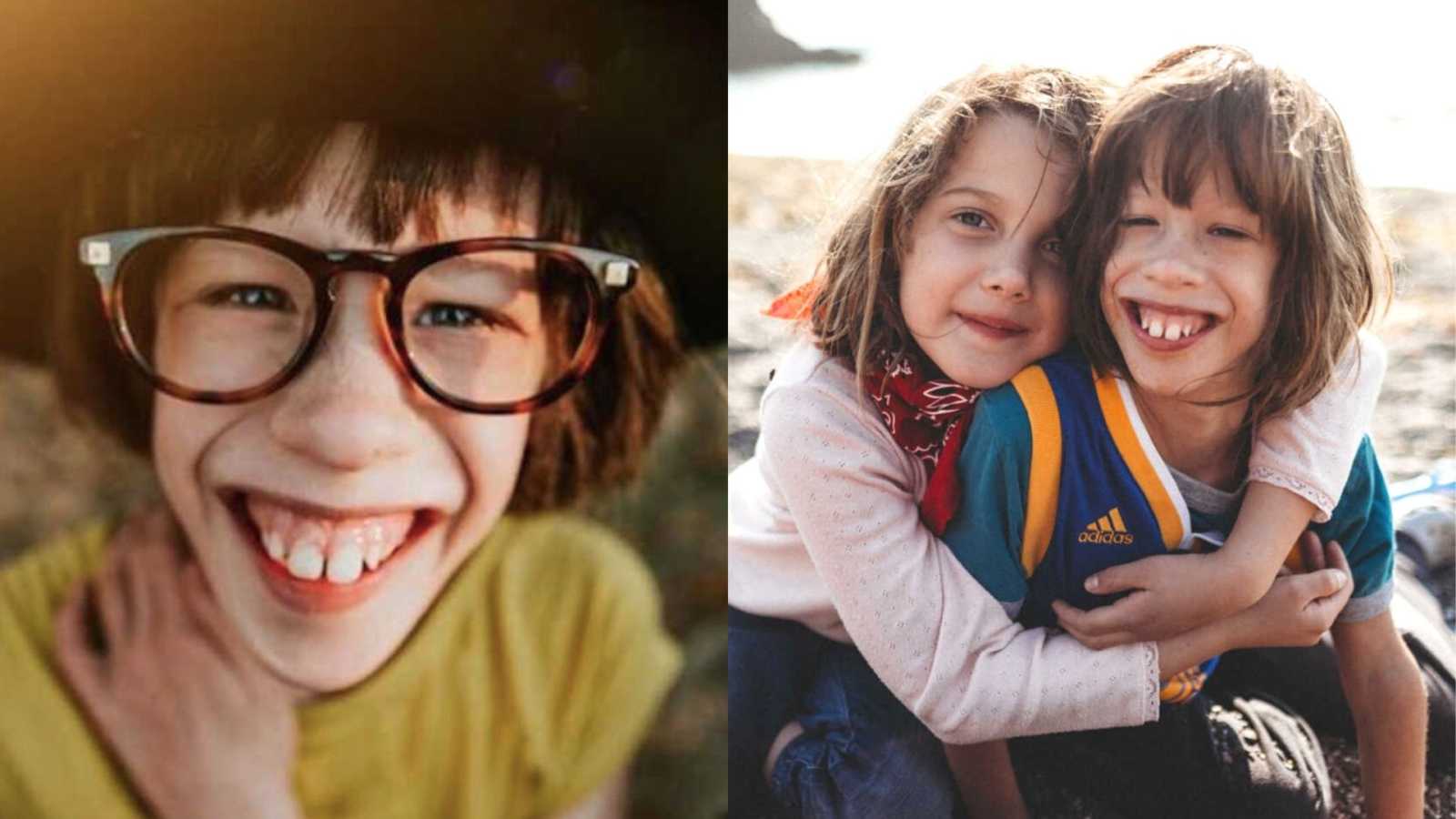 “We waited a long, long time to have her. We had been together since the end of high school and waited until we were 30 to have a baby. It wasn’t an easy pregnancy, but totally unremarkable besides some problems early on and those crazy, almost constant Braxton hicks at the end. The midwife and doctor I was seeing for our regular check-ins didn’t see any problems. Maybe a touch underweight at the 20-week scan, nothing too big of a deal.

At our last prenatal appointment, she was breech, so we scheduled a c-section and waited out our remaining days of pregnancy excited to meet our girl. Almost our entire family and some of our very best friends waited in the lobby during the surgery to meet her. I felt so much better, knowing everyone was near.

During the surgery, I heard the doctors talking, ‘Was her due date correct? Something has to be off,’ followed by the doctor counting, ‘One, two, three…’ The cord was wrapped around her neck five times. I helplessly laid there, shivering, and so, so scared as alarms were sounded and a code blue was called. My baby girl wasn’t breathing and the room flooded with people there to help. Some attended me to help finish my c-section but mostly they were around our tiny, quiet and still newborn. It seemed like forever until we heard the quiet, almost kitten-like sound of her first cry, and Dahlia finally announced her arrival to the world!

But things weren’t right. The cord had been around her neck five times, yes, but she was so, so small for a baby of 39 plus weeks. She was 3 pounds and 4 ounces, and totally and completely a red/orange color. Testing began immediately and we were sent within a couple of days to a larger hospital that could handle her care and figure out what was going on.

There was a problem with her heart. She couldn’t fully breathe without help and she couldn’t hold her blood sugars. She was so tiny, but strong! Genetics came to do testing, but assured us, ‘We probably won’t see you again. We don’t see any obvious signs of a genetic problem and we are just ruling things out.’ It took only ten days for the genetic work up to come back… she had a rare genetic syndrome called Williams Syndrome.

We were taken into a room I often used for pumping milk at the hospital and the genetics team slid us a packet, and slowly began telling us about the genetic syndrome our daughter had. The world started to go black around me and all I could hear was, ‘Heart problems, elfin appearance, intellectual disability, love of music,’ and a whole list of other things that may or may not affect our girl. I remember starting to hyperventilate and my sweet husband, Chris, calmly asking, ‘Stay with me. Things will be fine.’

When Chris and I were sophomores in high school, we were lab partners in our biology class. The main assignment I remember us doing together (before we were separated for talking too much) was a simple introduction to genetics through combining our features and making a pretend, on paper child. The on-paper child had hazel eyes, since that was the color of both of our eyes, my darker hair and he suggested we named it after his mother.

I might have started to fall in love with him that day, and it always makes me smile to think we were paired together to learn about genetics when genetics would end up being one of the main focuses of our lives together. We’ve been together since our senior year of high school and have been married since we were 21.

We now have three children, Dahlia, age 9, Esmee, age 7, and Soren, age 5. Our home is loud and chaotic and full of big emotions. We still have so much to learn about parenting and parenting a child with a disability, but we have learned some very important lessons. The first is everything will be okay, even if okay is different from what we thought it would be and what it looks like to others. The second is even if a person has an intellectual disability, they are so much more than that. There is no shortage in the love she has and shares (even if it looks different than the way others express it). There is no deficit to her soul. She loves big, and beautifully, and is full of rich emotions and creativity, you just have to reach a little further to see it sometimes.

We have learned life has its own schedule. Dahlia didn’t take her first steps until she was almost 2, and it was the day her baby sister Esmee was born (we think she was showing off to her much loved uncle.) She was singing lyrics from songs for years before she spoke a full sentence and has only been able to express her thoughts and feelings through speech (and not just things she was echoing) very recently. But she can also hear a song and work out parts of it on the piano. And she may not be able to ride a bike, but she can sing every lyric to every song by her favorite bands! And if you are lucky enough to have her direct a smile or a laugh your way, your day is so much better for it!

People with Williams Syndrome are often said to be extremely outgoing and friendly, love music, and love others. There is a range of intellectual disability and health problems (often SVAS heart issues, but Dahlia does not have that, and instead has a mild pulmonary stenosis). The main deletion that is looked for in genetics is the deletion of the Elastin gene, which is one of the main markers of Williams Syndrome.

There are learning, sensory and behavioral difficulties for many families, and usually, people with Williams Syndrome have some similar facial characteristics (often described as Elfin, with having a low nose bridge, larger lips, and amazingly beautiful starburst patterns in green or blue eyes). Dahlia will always be fairly small in stature, and she is a tiny little love (she is 9 but smaller than her average-sized 7-year-old sister).

Our life isn’t perfect, and it can be hard, exhausting, and scary, but even though it doesn’t look the same as everyone else’s, it’s absolutely beautiful, and filled with so much love.”

This story was submitted to Love What Matters by Candice Caballero-Enberg from Windsor, California. You can follow her journey on Instagram. Submit your story here, and be sure to subscribe to our free email newsletter for our best stories.

‘With no emotion he told us, ‘Ryder will forever be a vegetable and drool all over himself.’ Then he got up and left the room. All I saw was tunnel vision. We knew it wasn’t right.’

‘I put you in your mom’s arms so you could be snuggled while you drifted off to sleep. I hid behind the curtain and shed silent tears. I still hear the echo of, ‘I’m so sorry, but he is gone.’