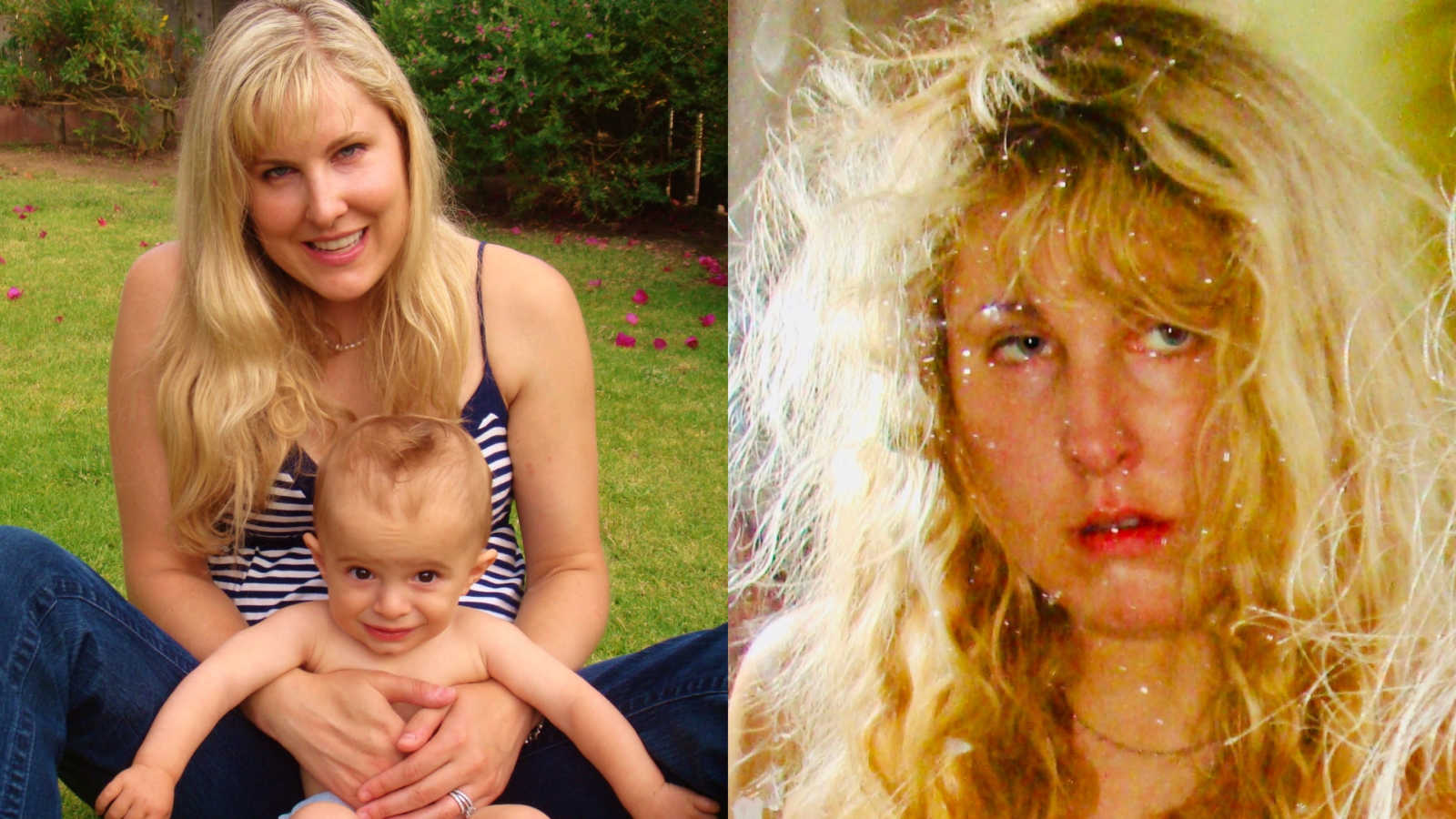 “I led a double life as a drinking mom, with low, terrifying bottoms. Something bad didn’t happen every time I drank, which made it tricky—I kept thinking I could make it work somehow, despite mountains of evidence that it was incredibly dangerous for me. Drinking was magic, then it was medicine, then it was misery. It almost took my life.

I was a sensitive child, a good girl, a straight A student and a kind person who became a loving and devoted mother, but still I woke up three times in hospitals after drinking myself to blackout. One of those times my blood alcohol level was at a 0.64, when my young son was only four years old. That’s a fatal level for most people—Amy Winehouse died at a 0.4.

My innocent baby was in a body cast for his rare form of scoliosis and he could’ve lost his mommy that day because of a liquid. They couldn’t tell my husband if I would ever wake up. How does that happen to a woman who loves her precious child more than she loves life itself?

You know the frog in the pot of boiling water analogy? If you put a frog in scalding water, it’ll jump out, but if you put a frog in cool water and gradually turn up the heat, it’ll boil to death. No one begins having that first ‘festive’ drink expecting to die.

The nurse that day asked my husband, ‘Do you know your wife is an alcoholic?’ ‘Yes,’ he replied—he knew. But I looked good on the outside, I’m intelligent, and most of the time, I was high functioning, which was the paradox of my addiction.

Alcohol felt like a superpower I discovered after my parent’s divorce and my father’s emotional abandonment. It made me feel like I was enough. I was always a good and loving mom and never put kids in danger, but I did put my child in danger of losing his mommy. I volunteered at my son’s school and was never drunk around the clock, so in some ways I could control it—except when I couldn’t.

I would binge drink often, but these truly scary incidents happened years apart, so I was able to shove them under the rug and decide they were an accident. I was a professional at denial. Then things would get better for a while, or at least my worst consequence would be a bad hangover. I would lie about the amount I drank, hide bottles, even put vodka in a water bottle mixed with Emergen-C and water, hide it in my purse and even drink in the bathroom.

‘I can control this,’ I would tell myself, ‘I’m not that bad, it’s not like I’ve ever gotten a DUI.’ Drinking helped my anxiety, my social anxiety, my fears and my physical pain from Endometriosis. ‘I didn’t eat enough, I had a hypoglycemic crash,’ I would tell my husband, or ‘I was on Lexapro and suddenly went off of it while drinking, that made me crazy.’ He wanted to believe me, we both did, desperately.

The Lexapro excuse was partly true—the most extreme four days of my drinking happened when I suddenly stopped taking the Lexapro I had been prescribed to deal with the depression and anxiety caused by my father’s suicide by gunshot, a career disaster (a movie bomb) and my son’s potentially fatal form of Early Onset Scoliosis being diagnosed, all within a year.

I began going to recovery meetings on the one-year anniversary of my dad’s death, and relapsed right before Christmas, thinking I could just have a little white wine with lunch. It was the holidays with all of the Christmas music playing, so festive, right? I always loved to drink and shop, it helped with my social anxiety being around other humans.

I went on an ill-fated binge alone in Los Angeles, where I live, and ended up buying a $1,500 puppy at the mall, taking a picture on the mall Santa’s lap by myself and checking into a hotel. Apparently, I walked from the hotel to an outdoor mall called The Grove, where I was arrested in a blackout for ‘drunk walking’ or drunk in public. Yes, I was arrested by the mall cops.

They passed me to the LAPD, who kindly and unbelievably drove me home. The cops told my husband that they would’ve had to take me to the downtown jail near skid row and they couldn’t guarantee my safety there.

Each time one of these frightening blackouts happened, I would be terrified upon hearing the ‘story,’ but my actual memory of the incident had been completely erased. My brain had gone offline, the curtain dropped, while my body carried on like a zombie.

After those four days, I went to rehab, but the owner/director of my rehab has since been indicted and sent to prison as a con man and criminal. Sobriety didn’t stick, and eventually I passed out alone on a street in New York while I was at a blogger conference, and woke up in the hospital with a cop standing near my cot, wearing a medical bracelet reading ‘Fall Risk.’

‘Was the cop there for me?,’ I thought, frozen in fear. He wasn’t, but he could’ve been. Every time my helpless body was put safely in an ambulance by a stranger, I was wearing an angel wing necklace around my neck. I know I had wild angels watching over me.

I’ve had many stops and starts and stumbles along my winding recovery path, but then my family held an intervention at Christmas, where my nephew Jupiter started crying and said, ‘I’m afraid you’re gonna die.’ You could’ve heard a pin drop. It pierced my heart, even through the haze. He’s 18, but I held him as a baby and he’s the first child in the family to say my drinking was affecting him. That was my line in the sand.

Today I have over 450 days sober and it’s a miracle I’m even alive. I didn’t think I could survive my life or ever feel happy or even normal without alcohol. I was wrong—alcohol is a lie.

For me, sobriety is a better life. I’m more joyful and authentic and I’m back to being the light-filled girl who I was before I ever had a drink. At my lowest moments, I had thoughts of killing myself and it felt like a harrowing darkness had descended on me, almost like a demon had me in its grip.

But I didn’t lose myself, she was always in there and I love her so much. I’m so grateful I don’t have to live like that anymore. I’ve dropped the shame and I forgive that sweet girl for trying to medicate her pain and her sadness.

My beautiful boy is now 11 years old and after 10 body casts and 9 years of treatment, he’s leading a totally normal life. I now help women get sober by sharing my story through my blog, my Instagram and my YouTube Channel, and I’m writing a memoir while creating a personal development course. I hope my climb up this mountain can ease someone else’s path who needs it, because I promise recovery is worth it and you are worth it. We’ve been through the pain and now sister, we rise.”

This story was submitted to Love What Matters by Heidi Ferrer, 48, of Santa Monica, California. You can follow her recovery journey on Instagram. Do you have a similar experience? We’d like to hear your important journey. Submit your own story here, and subscribe to our best stories in our free newsletter here.

‘Our daughter has been placed in protective custody,’ my husband said. ‘We will deal with that later,’ I remember replying. Because first, I needed to get high.’

‘He moved in with us. Soon, he went from the couch to the bed. We realized our marriage wasn’t complete. HE was missing.’: Triad has 8-month-old, ‘Thanks to our son, we stopped hiding’

“It wasn’t possible to sign 3 parents on the birth certificate. At the moment, polygamy is illegal. We needed to step out of the shadows and do the coming out. Thanks to him, we stopped hiding.” 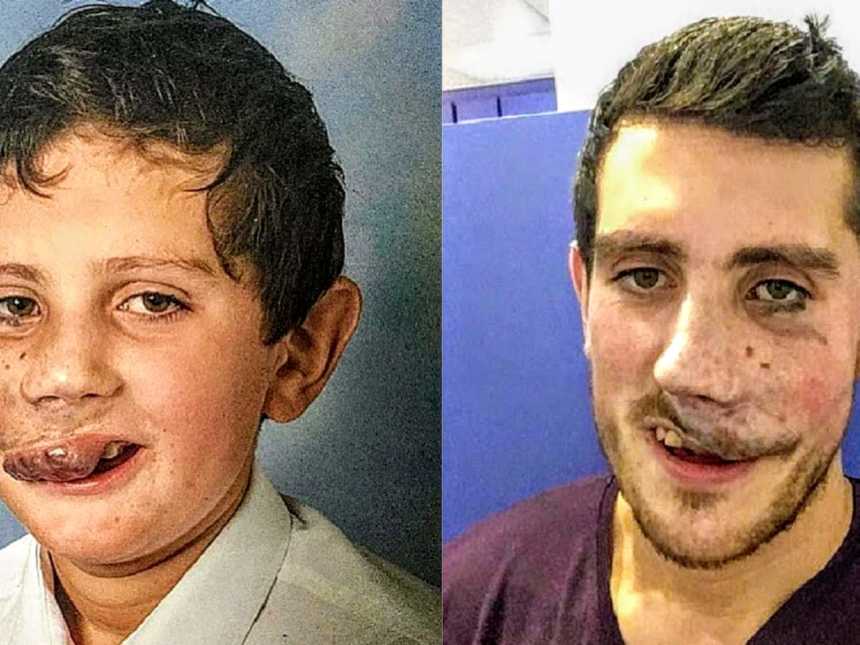 ‘I’d kill myself if I looked like you.’ Everywhere I went, I was the center of attention. I accepted that dying wouldn’t be such a bad thing.’: Man with venous malformation birthmark finds ‘happiness and confidence’

“My birthmark grew bigger and bigger. I got used to others pointing me out, whispering, laughing. Throughout my teenage tears, I avoided public places, family events. Any situation that involved people. I always put on a brave face, but in the background my confidence was constantly taking a hit. I couldn’t bring myself to face the world.”

‘We connected on a dating app. I swiped right. The man was gorgeous, but 20 years younger. I agreed to meet him for a drink, but grew suspicious.’: Woman recalls losing the younger man she loved

“This all seemed too good to be true. I kept my guard up. When I went to his Facebook page to check his relationship status, I found something else. I sat up in bed and stopped breathing. I stared at my phone. ‘No,’ I cried. The words came out of my mouth as though someone else was saying them.” 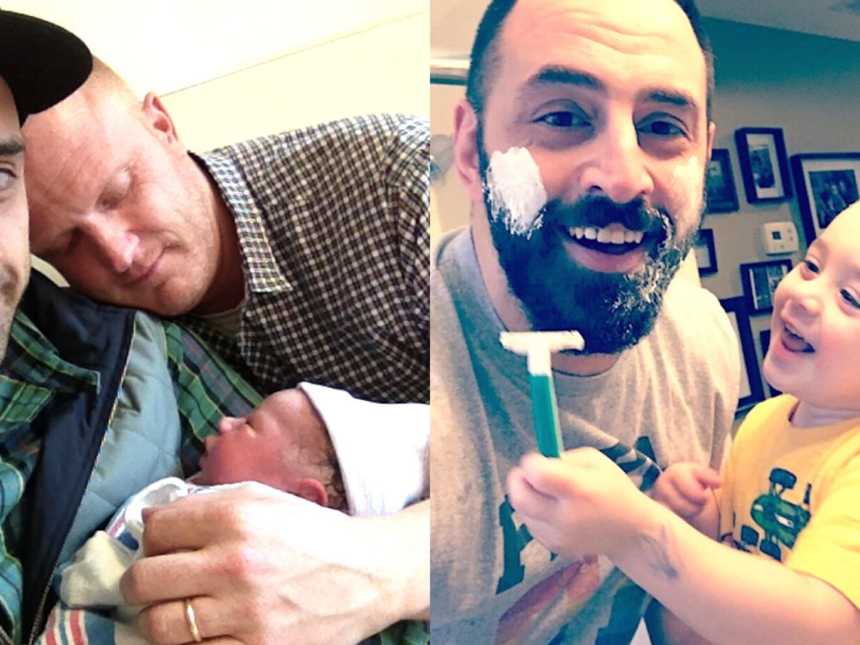 ‘You’re going to be parents!’ Our son has 3 parents. He gave him his name, I gave him biology, and his mom gave him life.’: Gay dads and boy’s mother parent together as Tri-Custody family, ‘The more love, the better’

“A photo of my son with a shirt saying, ‘I Love My Gay Dads’ got me 500 messages from people telling me, ‘You’re disgusting.’ On time at an event, a mother yelled at me. ‘Don’t do this in front of your son…or whatever he is…can you even have kids?!’ Here I was, a stay-at-home Papa, completely devoted to raising my child, having to prove I had a right to do so. No matter what, I will always be there for him. We honor our son.”