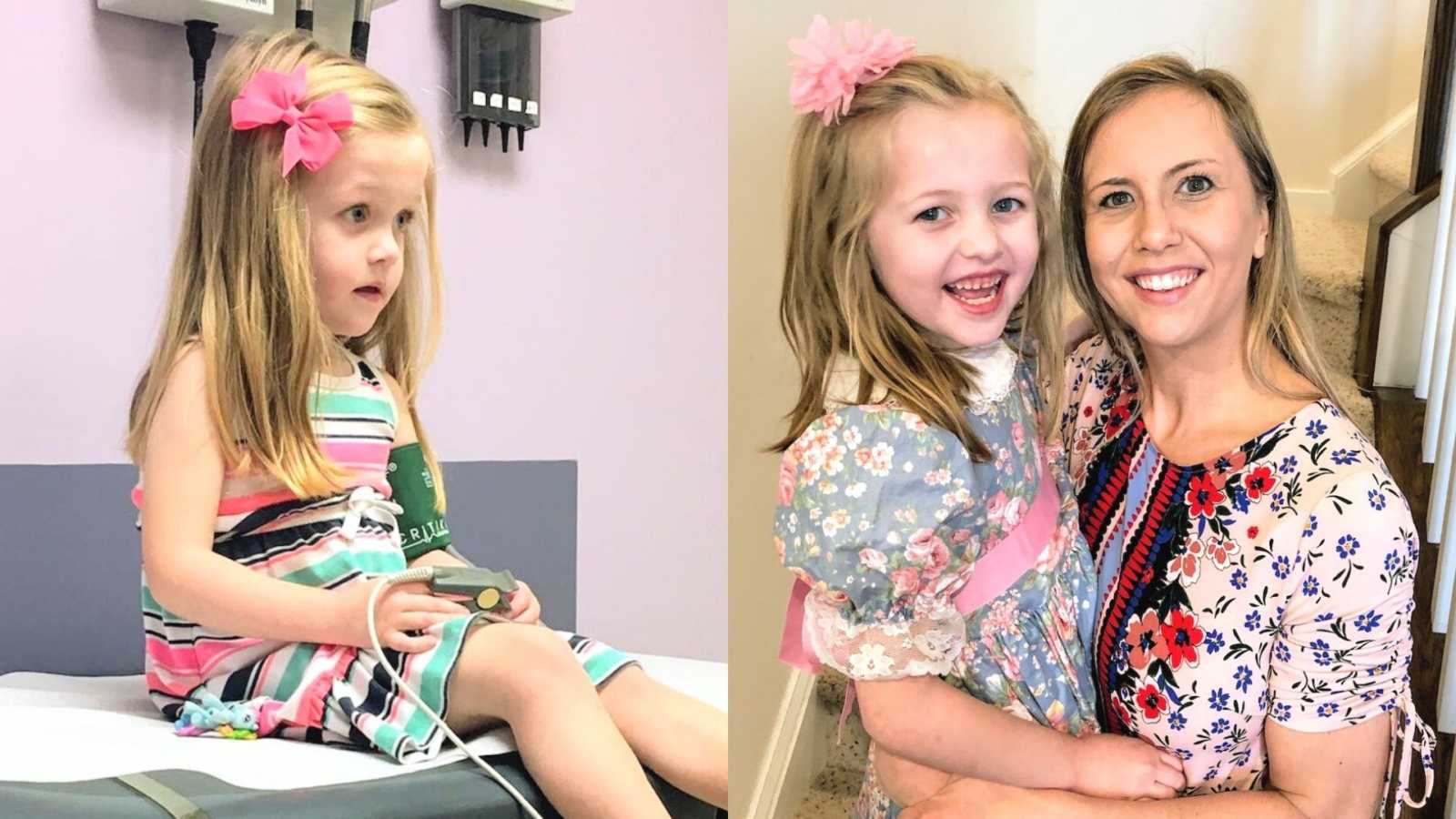 “‘But is it a bad thing?’ A question that stopped me dead in my tracks. Alexis’s sweet friend asked about why Sis has to take enzymes before dinner. ‘Is cystic fibrosis a bad thing?’ I think all the blood drained from my face. ‘Well, yeah. But, no. But, yeah, kind of. I mean, it’s not good. It’s just something we do.’ I didn’t know what to say.

Believe me, I knew this day would come. I remember dwelling on all the ‘what ifs’ when Alexis was first diagnosed with cystic fibrosis. She was just barely a month old when the pediatrician called me to say her newborn screening came back abnormal. She said we’d need more testing, but she was concerned. I had never heard the words cystic fibrosis before. I asked her if it was ‘a cold or something.’ I could hear her voice quiver as she told me how sorry she was and she begged me not to Google too much, but I didn’t listen.

Panic didn’t sink in right away for me. I was just numb as I read words like ‘terminal‘ and ‘life expectancy’ and ‘treatments’ and ‘degenerative.’ Cystic fibrosis is a genetic lung disease. A loss of function in the CFTR gene causes extra mucus to build up in the body. The extra mucus wreaks havoc in the lungs, pancreas, intestines, and sinuses, often causing frequent infections. In the pancreas, the mucus build-up prevents the release of digestive enzymes. Enzymes help the body absorb food and nutrients, so CF often causes malnutrition and poor growth.

Treatments have come a long way since the Cystic Fibrosis Foundation was formed in 1955 and research began. Alexis’s treatments take about 20-30 minutes twice a day, every day. In the morning, usually after breakfast, she puts on her pink vest. It’s hooked up to a machine that inflates and jiggles for 20 minutes. This form of airway clearance helps break up mucus so she can cough it out. When she was first diagnosed, the vest wasn’t available for her age and size. We would take turns doing manual chest percussion therapy: using a cupped hand to rhythmically pat each area of the lung.

While her vest is on, she’s also doing nebulizer treatments. She does a vial of albuterol first and then a vial of hypertonic saline. These are pretty standard treatments for CF and take about the same amount of time as her vest, so it makes it pretty easy to get it all done together. In the evening, she does it all over again. This time, adding in an extra treatment called Pulmozyme after her vest and other nebs. She also takes enzymes before anything she eats so she’s able to absorb the calories and nutrients her body so desperately needs.

When Alexis’s newborn screening came back abnormal, our next step was to take her for a sweat test to confirm it was, in fact, CF. The gene mutation in someone with cystic fibrosis affects the sodium channels within the cells. Because of this, CFers secrete more sodium when they sweat, making a sweat test a common way to confirm. As a matter of fact, when we were first learning about CF, they asked me if she tasted salty. If you were to kiss Alexis on the forehead and then lick your lips, it would taste like the ocean. Some other common symptoms of CF include a persistent cough, frequent lung infections, wheezing, poor growth or weight gain in spite of a good appetite, and greasy bowel movements.

Cystic fibrosis is high maintenance, so the panic began to sink in as I realized what would lie ahead for me… their Mama. The reason the sweet pediatrician was so devastated for me was this wasn’t the first time I had mourned over an unexpected diagnosis. Alexis’s older brother also carried a little secret when he was born: an extra chromosome. Ben was diagnosed with Down syndrome at birth. I panicked again as I met with the team of medical professionals who explained the treatments; the protocol; the future for my little girl. The complexity of cystic fibrosis was frightening back then.

But I knew the day would come when the questions would begin to arise. I knew they’d want to know. Hell, I knew she’d want to know. I mean, CF isn’t good. Doing treatments, taking meds, dreading doctor appointments, worrying about sickness. It’s a mama’s worst nightmare. And sometimes, it really sucks. Sometimes, all the blood drains from your face and you don’t know what to say. But then Jesus wraps me up and we cry. And then I’m reminded health isn’t everything. And even though CF sucks, Jesus still reigns. And even though CF sucks, it won’t suck forever.

I think that’s what I should’ve said.”

This story was submitted to Love What Matters by Amber Webb of New Jersey. You can follow their journey on Instagram and Facebook. Submit your own story here, and be sure to subscribe to our free email newsletter for our best stories, and YouTube for our best videos.

‘We’d been home from the hospital 3 nights when I saw two missed calls from the pediatrician. I knew this was life-changing.’: Mom shares daughter’s journey with Cystic Fibrosis

‘The doctor punctured BOTH OF MY NEW LUNGS! I ended up back in the ICU, fighting for my life.’: Cystic fibrosis warrior undergoes double lung transplant

‘I was tired of coughing up blood. People stared at the sick girl carrying the oxygen tank on her back. I had enough!’: Woman with Cystic Fibrosis survives double lung transplant