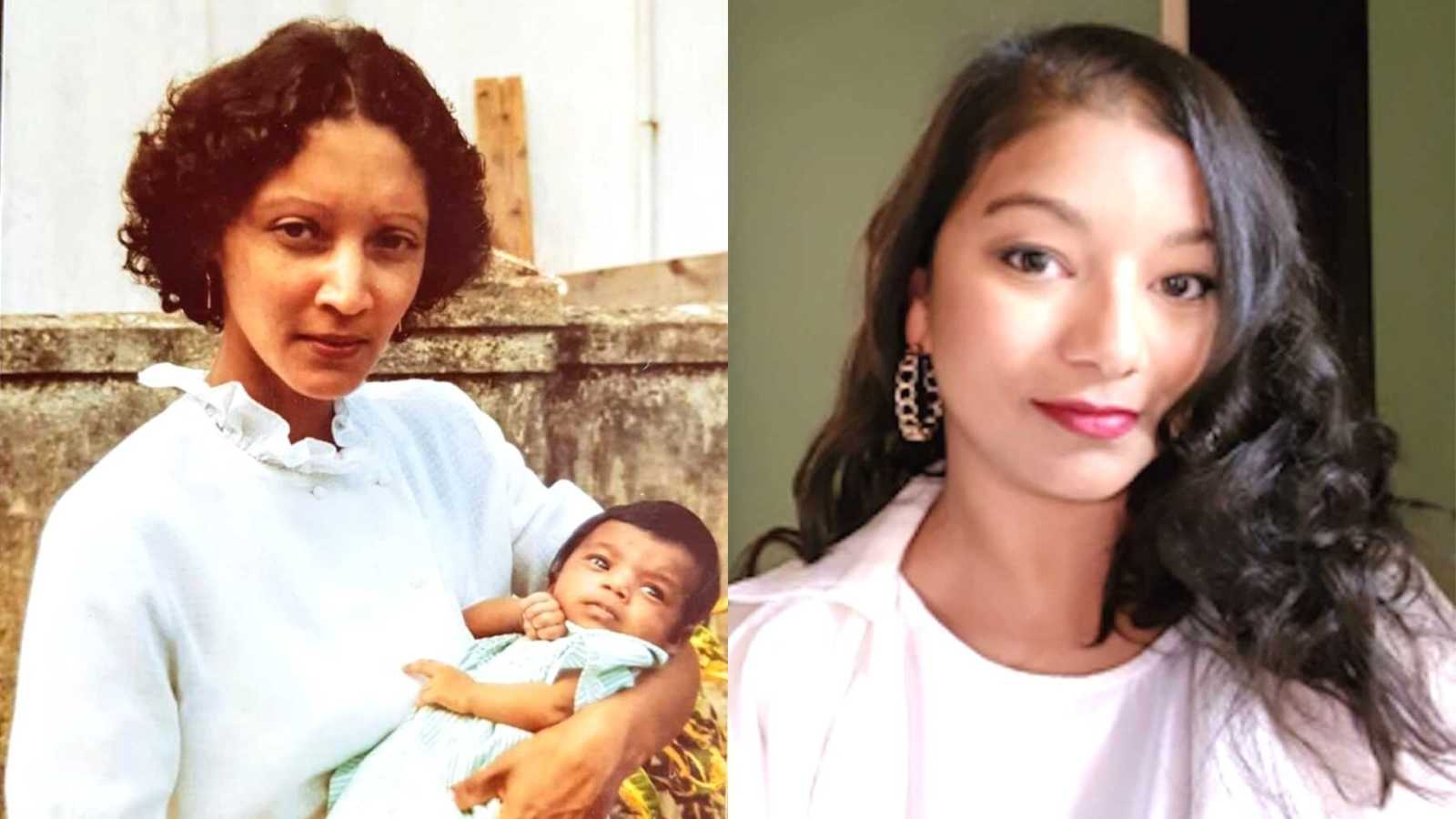 “My story begins in Sri Lanka, 1985. At the age of 4 weeks old, I was adopted by my parents through an orphanage known for international adoptions. In 1985, there were many couples coming from all over the world to adopt babies from Sri Lanka, including Australia, where I was to grow up and continue my life. My life prior to adoption I do not know much about, other than my birth mother was young, lived in poverty with her parents, and couldn’t support a child. There was not much documentation in the 80s with adoptions, and my Sri Lankan birth certificate didn’t even have my birth mother’s full name.

My parents are from South Africa and Switzerland. (Talk about a United Nations family!) They met in South Africa, migrated to Switzerland because of Apartheid, then moved to Australia. I don’t know all the ins and outs of the adoption process, and I feel it’s more their story to tell than mine. I was young when I was told I was adopted, so young I don’t even remember when my parents first had the conversation with me. My mother told me they wanted me to always know the truth from the beginning, about where I came from.

In my early years, I was raised bilingual. I spoke English and Swiss German. This was until around the age of 5 years when I started kindergarten, realized all my peers only spoke English, and it was what I wanted, too. After this, I stopped speaking Swiss-German and to this day, I can understand German but can’t speak it. You must understand, Australia in the late ’80s and early ’90s was not very multicultural. I was often the token brown girl in a class or grade. This did slowly change, as Australia is now one of the most multicultural countries in the world.

I was one of the lucky ones, adopted into a loving family. Both my father’s side and mother’s side of the family accepted me as part of the family. In those early years, I remember every year going to an Adoption Day celebration with other families who adopted children from Sri Lanka through the same adoption agency. This was a day where the parents could all connect and the children would all just run around and play together. I didn’t think too much about the significance of these days, as at the time I was just a toddler, but now I realize these days normalized for me families can look different and it is okay. At this point, it was all I knew and I didn’t know any different. This came when I started school.

I started kindergarten as a 5-year-old in 1991 with a predominantly white peer group. I never really saw myself as different. My peers and I didn’t talk about culture, color, or families. We just played. This came later when I was 8 years old. I remember to this day a friend of mine asked me, ‘Who knows you were adopted?’ She pointed to another girl who was playing with us and asked, ‘Does she know?’ I remember feeling so uncomfortable and had to ask this other girl, ‘Do you know I’m adopted?’ to which the girl shrugged. My friend then asked, ‘Who else knows?’ You see, this wasn’t something I talked about, especially to anyone outside of my parents.

I hated those questions. They came from multiple people, and they made me feel different—what every child doesn’t want. It was after this I decided I didn’t want to talk about being adopted, and when it came to high school, where I would make new friends with people who did not know my story, I would not tell them I was adopted. When people would ask, ‘Where do you come from?’ a question every brown person is asked, I would answer vaguely, ‘My mom is from South Africa and my dad is from Switzerland,’ an answer without really answering. I was lucky, you see. My mom has brown skin, so no one would really ask too many questions.

I didn’t think too much about telling others this, as it was something I decided when I was 8 and just kept with it. At the time, I didn’t see it as hiding my identity. I was just a child. This was the case until I was 28 years of age. At this point in time, I entered a very serious relationship and knew I had to tell my then-boyfriend. He was the first person I told in 20 years. He was really accepting. It was hard to tell him, but it was the catalyst I needed because I then proceeded to tell some of my close friends who did not know. After this, it slowly became a more comfortable topic to the point I talk about it much more freely now.

I did talk to my parents about adoption. At the age of 5, they went back to Sri Lanka to adopt my brother and so adoption was a large part of our family’s story. My parents were always open, honest, and forthcoming with information. As much as they had, anyway, as they weren’t given much information about my birth mother or her circumstances. When I was young, my parents gave me a copy of the one photo they took of my birth mother. Although I can’t see her whole face, I see similarities of myself in her.

I imagine what she was feeling when this photo was taken, and it makes me feel sad. The pain she must have experienced, knowing she is handing over her baby to two strangers who will take her across the globe to Australia. I’m grateful for this photo, though. It is my one connection to her. Growing up in Australia, with parents from different cultures, meant for me disconnection from my Sri Lankan heritage, but closeness to my parents’ cultures, and of course, the Australian way of life. 80s and early 90s Australia was not very multicultural, meaning I did feel different for having brown skin. I remember so many times wishing I was white, with blonde hair and blue eyes.

I was once given a brown-skinned doll around the age of 10, and I didn’t want to play with it because I only wanted to play with white dolls with blonde hair, like I had known, like my friends had, like what was normalized for me. There was no representation of having brown skin in toys, books, TV shows, advertising, etc. Representation of identity for children is vital. To develop a sense it’s okay to be who you are. You are still worthy, important, and you matter. Australia still has a long way to go regarding this. Every single time I tell someone I’m adopted, the first question out of their mouth is, ‘Have you found your biological mother?’ A question I loathe, as it is so deeply personal.

The answer: no. Yes, I grew up with many questions about my identity. I have always wondered who I take after personality-wise. Where do my features come from, my height, what is my ancestry? I’m sure one day, maybe soon, I will return to Sri Lanka for the first time, and endeavor to seek my birth mother. I recognize this will be no easy task, with the record-keeping as it was in the ’80s, and for not having my birth mother’s full name. I have questions about her life now, whether she got married, had more children, moved from her home town? Would she even want to meet me if I tried to make contact with her? For now, I am content with focusing on my life as it is and my goals for my near future.”

This story was submitted to Love What Matters by Monique Beglinger. You can follow her journey on Instagram and Facebook. Submit your own story here, and be sure to subscribe to our free email newsletter for our best stories, and YouTube for our best videos.

‘You must have paid a pretty penny for him.’ I was speechless. No one ever admitted race was a factor.’: Mom describes transracial adoption journey, ’Love mattered most’

‘Can you take care of her hair?’ We’d be lying if we said we were fully prepared. We had work to do.’: Adoptive mom to transracial family says ‘we are committed to learn and grow’