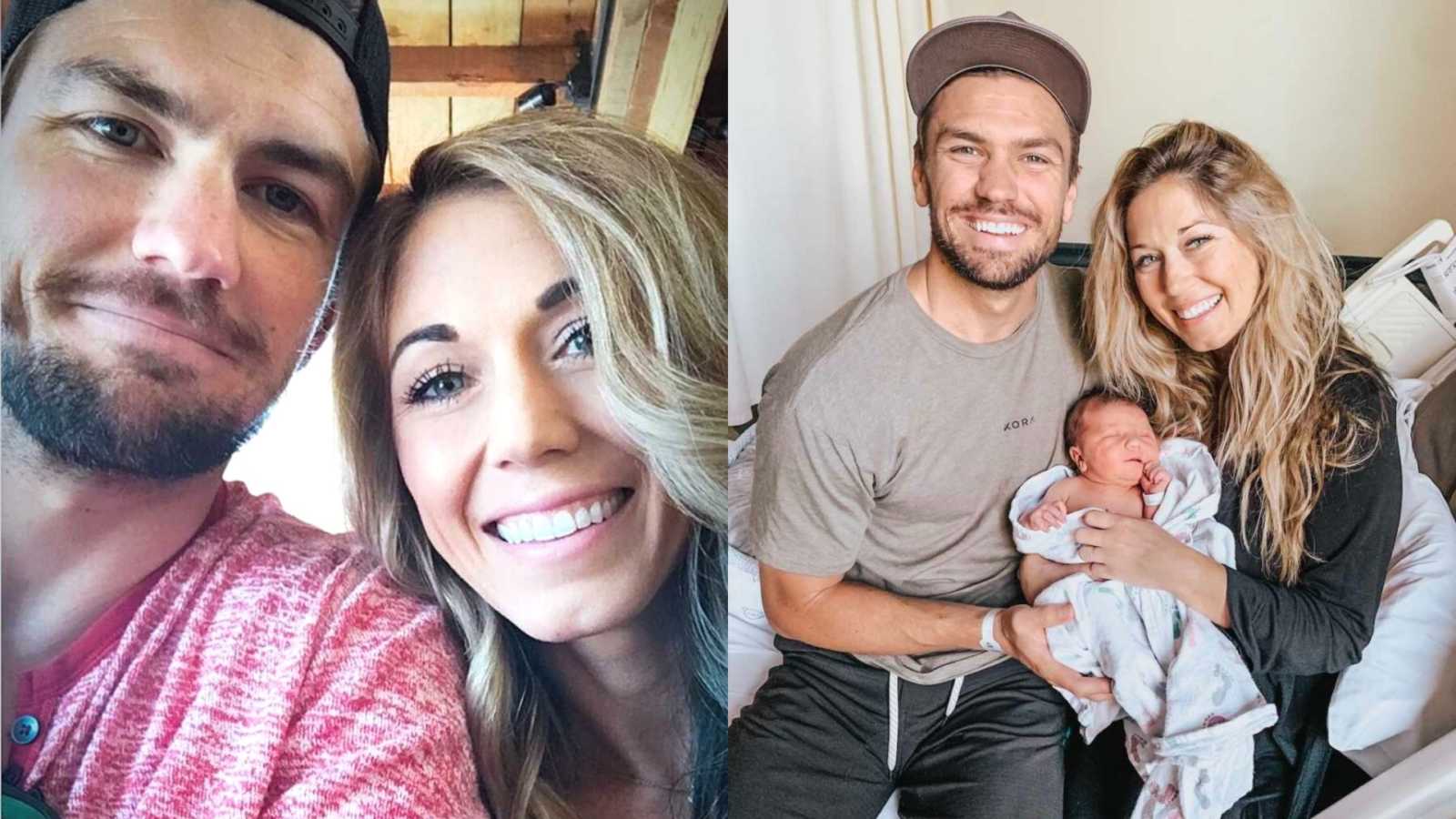 “My desire to adopt began in my early 20’s, before marriage and before knowing what it was like to love and care for a child. When my husband and I started seriously dating, I told him my desire and he was in full support of adopting in the future. We planned on having our own biological children first and then adopting. What we were unaware of during those early years of marriage was it would take us nearly 8 years to get pregnant.

After 4 years of infertility and several chemical pregnancies, we met with a fertility specialist. The diagnosis was abnormal uterine lining, possible endometriosis, and low egg count. An HSG also confirmed blocked fallopian tubes and fibroids. Several months later, I had laparoscopic surgery to check for endometriosis, remove some cysts, and to have a D&C. I woke up from surgery in so much pain and with no one nearby, which is often how I felt during those years of infertility—very much alone.

The struggle of infertility was not so much a struggle of wondering if we were going to have children. In my heart, I sensed we would be parents someday. My struggle with infertility was more about feeling like I was a failure in that my body was not doing what it was naturally created to do. Thoughts like, ‘What am I doing wrong? I am a failure as a wife? Can people please stop asking us when we are going to have children?’ invaded my mind.

We met with three different doctors to discuss moving forward with IVF and during the third appointment, I broke out in a hive-like rash all over my body and remained on the verge of tears. My husband looked at me as we were leaving and said, ‘Seeing you like this is not worth it. We do not need to have biological children. We can adopt and I will never love you any less.’

I grieved. We grieved. We surrendered our hope of biological children and decided to take a pause in general in pursuing a baby. Instead, I decided to go back to school and learn more about my body from a holistic perspective. I became a Nutritional Therapist and Restorative Wellness Practitioner. I stopped wallowing at home and started living again. We sold our new home in suburbia and moved into a tiny apartment by the beach. We began to plant roots in our community and made some amazing friendships. Suddenly, we were surrounded by people who were facing a similar struggle as us and I began to feel less and less alone.

During this time, some of these couples conceived naturally, others through IVF and others through adoption. Couple by couple, they were each becoming parents until yet again, it was only us left. The week we planned on making the call into an adoption agency, I took a pregnancy test and it was positive.

My initial reaction was shock and fear. We had experienced chemical pregnancies in the past so I did not know if it was going to stick but it did. I remember Jon saying to me, ‘Do we still call the adoption agency?’ We were both stunned but slowing the confusion turned to hope and joy. During our first doctor’s appointment, we heard and saw the heartbeat and we both cried.

I was terribly nauseous and vomited throughout my pregnancy. It felt like such a miracle to be growing a baby but my sickness was hard on our marriage. I retreated into the pain and Jon gave up on feeling like he could do anything to help me.

After 9 long months of pregnancy and five excruciatingly long days of labor, our son, Gideon Dietrick, was born. My heart finally knew a love beyond all others—the love of a mother for her child. This is the feeling I had been waiting so long for but even in those early months of his life, my heart ached for another. Not for another baby of my own genetics but for the baby God had given me a desire for years and years ago.

When Gideon was 3 months old, I started looking at bigger homes to rent knowing if we wanted to start the adoption process, we would need more space. That same day, we found a house in a neighborhood we loved and moved into it a week later. The tiny seed of desire had taken root in my heart and started to grow.

We placed our first call into an adoption agency on my birthday and officially started the home study process when Gideon was 9 months old. I had never been more excited about paperwork in my entire life. Every form we completed, every document we signed, every call made, every payment sent was one step closer to meeting our forever baby.

A little over a month of being ‘active’ with several agencies, we decided to present our profile (this is essentially a book about our lives) to an expecting mom. We waited 3 weeks until we learned she did not pick us. Less than a month after, I received a case about an expecting mom I initially glanced by but later went back and started to read word for word. My heart broke for this woman and I told Jon I thought we were supposed to present to her. Within hours of her being shown profile books from different families, we received the call she picked us. I cried the same tears of joy I cried when I found out we were pregnant. This baby is not ours yet but he has been promised to us and our love for him overwhelms me.

Infertility, pregnancy, and labor and delivery were difficult and if I am being completely honest, I still feel slightly traumatized by it all. During that season, I had a friend who was also battling infertility tell me, ‘Alyssa, you CAN do hard things.’ And she was right. More than ever, I see how the last 10 years have been preparing me for now. Through infertility, I’ve learned hope is not futile. It can carry you through on even the darkest of days. Patience is worth it and God’s timing is better than ours anyway. The best thing you can do in a season of waiting is to keep on living.

Through pregnancy and being able to have a biological child, I’ve gained a heart for birth mothers as I can only imagine what great sacrifice and love is required to be able to selflessly give your child over to the care of another. Not only do I love my future baby but I love his birth mom as well because she is the beginning of his story and for that, I will always be grateful.

Through the adoption process so far, I’ve learned when God gives you a desire, He will help carry you through. Adoption is hard and messy and beautiful and no story is alike. Our story is far from over, as we do not know what the next several months hold and so many unknowns remain, but I finally believe I can do hard things and God has been preparing me all along for such a time as this.”

This story was submitted to Love What Matters by Alyssa Hustedt of Carlsbad, CA. You can follow their journey on Instagram and their website. Submit your own story here and be sure to subscribe to our free email newsletter for our best stories, and YouTube for our best videos.

‘This won’t be easy.’ I felt robbed of pregnancy innocence. We fought so hard for our son. We weren’t prepared for what we were about to face.’: Woman shares IVF journey, ‘I won’t give up’

‘The surgeon ran a plumbing snake through my insides. We were left haggard, anxious. It was our first wedding anniversary.’: Woman learns of infertility after infection, chooses adoption instead of IVF, ‘Like magic, it all became clear’

‘What the heck just happened?’ I looked 7 months pregnant. Our nurse said, ‘Your ovaries are the size of grapefruits!’: Endometriosis warrior candidly details infertility, IVF journey

‘She casually started talking about ‘OUR SON.’ Then I realized I was 2 weeks late.’: Couple surprised by miracle baby after open adoption, ‘It was meant to be!’